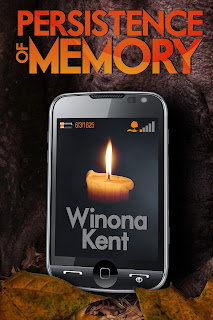 When a freak lightning strike and a rogue computer virus send her back to 1825, Charlie discovers she must persuade a reluctant Sarah Foster to marry Duran, or two centuries of descendants -including herself- will cease to exist.

Unfortunately, Louis Duran turns out to be a despicable French count who spends his days attempting to invent the first flushing toilet in Hampshire. That is, of course, when he’s not busy impregnating a succession of unfortunate housemaids.

Combining the language, humour and manners of Jane Austen’s era with charming characters and colorful storytelling, Persistence of Memory is a mystery, a love story and a speculative novel about accidental time travel.

A hopeless romantic, our heroine does her best to encourage the happiness of those who surround her -- but will she be able to mend a matrimonial wrong, restore the Village Green to its rightful owner and, most particularly, conclude the tale in the company of the gentleman with whom she was always meant to be?
You may acquaint yourself with the answers, gentle reader, within the pages of Persistence of Memory.

Persistence of Memory is published by Fable Press. It’s available in e-book and trade paperback formats at Amazon and Barnes and Noble. 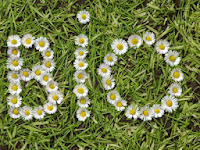 Charlie Lowe
Descendant of Sarah Foster and Louis Augustus Duran. She lives in the cottage that that originally belonged to Sarah Foster and works at the Stoneford Village Museum as a Historical Guide and Interpreter. Accidentally finds herself transported back to 1825, where she's mistaken for her cousin, Catherine Collins. She falls madly in love with Shaun Deeley - and must make sure Sarah and Monsieur Duran marry, or she may cease to be.


Shaun Deeley
The groom at Stoneford Manor in 1825. Impetuous and adventurous, he falls head over heels in love with Charlie. But he's accused of setting a suspicious fire in The Dog’s Watch Inn during the early hours of July 4, 1825. He's imprisoned in the town lockup to await trial for arson, a hanging offense.

Nick Weller
Charlie Lowe’s physicist cousin and computer guru. He lectures at a London university and spends his summers in Stoneford. He was at school with the Ferryman brothers, and lives in a converted chapel with a cat named George. Nick’s ancestor, Artemus Weller, was a smuggler who was murdered by Lemuel Ferryman. Nick must figure out how to bring Charlie back from 1825 before she ceases to be.

Sarah Foster
Charlie's great grandmother, six generations in the past. She's a descendant of John Harding, the original owner of the land which became Stoneford Village Green, and a second vacant plot of land at the end of Poorhouse Lane. She's the widow of Aiden Foster, who died under mysterious circumstances which may have involved Louis Augustus Duran and Lemuel Ferryman. And she's the primary focus of Louis Augustus Duran (the Lesser), who is obsessed with marrying her.

Catherine Collins
Sarah Foster’s first cousin. She lives in London, and has come to visit Sarah for two weeks in the summer of 1825 when she suddenly and unexpectedly finds herself transported forward to 21st century Stoneford, where she is immediately mistaken for Charlie Lowe.

Lemuel Ferryman
The less-than-honourable proprietor of The Dog’s Watch Inn in 1825. The ancestor of Ron and Reg Ferryman. His father was a butcher and his grandfather an undertaker. His older sister Fanny is the madam of a highly-sought after house of ill repute in a notorious neighbourhood in Portsmouth. Charlie witnesses Lemuel slashing a smuggler's throat on the beach near Stoneford. He's also the village magistrate.

Reg Ferryman
Descendant of Lemuel Ferryman, brother of Ron Ferryman. He owns the contemporary Dogs Watch Inn and believes he owns the title to Stoneford Village Green and the land at the end of Poorhouse Lane. 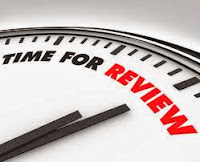 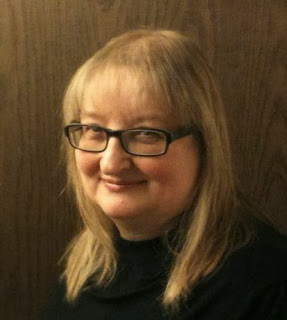 I was born in London, England in 1954. My parents came to Canada when I was three, and I grew up in Regina, Saskatchewan, where I got my BA in English. I've also lived in Winnipeg and Moose Jaw. I moved to Vancouver, on the west coast, in 1982, so I could attend UBC and study for my MFA in Creative Writing.

My dad managed a travel agency, and I followed him into the business. My sister was a Captain's Secretary on board cruise ships for about 15 years. And I have a first cousin who was a flight attendant on Concorde! As a family, we seem to have seen a lot of the world, but I'm the first (as far as I know) to explore the idea of travelling in time.

As well as an MFA in Creative Writing, I have a Diploma in Writing for Film and TV from Vancouver Film School. In fact, /Persistence of Memory/ started out as a screenplay, and I still have grand hopes that it'll become a film or a mini-series on TV.

As well as having a career as a travel agent, I've worked as a temporary secretary in London, the Managing Editor of a literary magazine, a word processing clerk, a contract management clerk and a tech writer, creating and editing student learning materials for a telecommunications company. I currently work full time as a Programs Assistant at the University of British Columbia.

I've written freelance articles and short stories for Canadian newspapers and magazines. My first novel, /Skywatcher,/ was a finalist in the Seal Books First Novel contest, and was published in 1989. The sequel, /The Cilla Rose Affair/, was first published in 2001, and I republished it as a Kindle ebook in 2011. My third novel, /Cold Play/, was published as an ebook and a paperback on Amazon in 2012. /Persistence of Memory/ is my fourth novel, and the first in a series of accidental time travel / historical romance stories involving Charlie Lowe and her companion Mr. Deeley.

My personal website has lots of information about me and my writing:
http://www.winonakent.com
You can also find a historical map of Stoneford, a full character list and sample chapters from /Persistence of Memory/ there.

I have a blog, which I update infrequently, but when I do venture there, I usually have a lot of interesting things to say:
http://winonakent.wordpress.com/