The Reclaimed Kingdom with Guest Review by Suzie Mamba... 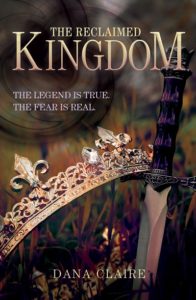 The Legend is true. The Fear is real. Under the cruel ministrations of its Queen, the Kingdom of Dâ€™Land is in peril. With King Harrison away in foreign lands and neighboring Kingdoms unwilling to intervene, there is no one to protect the people from poverty, harsh punishment, and unreasonable rules of law â€“ except for the Band of Brothers. Struggling with the death of her mother and the legendary Syphon powers she inherited, seventeen year old Dru wants nothing more than to escape her old life and join the motley crew of ruffians, pilfering from the rich to feed the poor and pay their taxes. Sheâ€™s able to do just that disguised as a lad, and even when her nature is discovered, nothing changes â€“ except for the way her friend Hawkin treats her. But Druâ€™s new world is overturned when she and the Brothers seize the treasures of a Prince who threatens to reveal her identity. Together, Dru and her chosen family must find a way to reclaim her destiny and bring balance to the Kingdom. If not, there may be no hope left for anyone.

"Ms. Claire has such a talent for imaginative magic systems. The Syphon in this series has abilities I have not encountered before. The ability to take emotions and how she deals with them are quite intriguing. In this story, Dru makes an interesting heroine with her contrasts of her life as a brigand and thief with her previous life. She is very much a Robin Hood character without falling into the tired tropes that can come with that. The male main characters are so different. Hawkin is intense and unrefined. Dodge is softer and somewhat of a dreamer. They are both fiercely loyal and capable. The progression of their relationships with each other and Dru has made this a fabulous and compelling story."- Aizlynne, Goodreads

â€œTo begin with The Connection is an interesting book to wrap your head around, the opening chapter leaves patches and mystery which I find a good thing, it dragged me in and made me want to figure out why this dystopian time was like what it was. The main characters name is Beatrice Walker and the story, though not followed from her perspective, is based all around her. After the next couple of chapters, you get the concept of the whole new world and its so bitter sweet and beautifully unusual that you just want to discover more and more about this story. The made-up memories that are written have so much meaning and you get to experience these moments all over again. Then ending is so amazing, Dana Claire really knows how to leave a reader wanting more.â€-John Kerry, Letâ€™s Talk Knowledge â€œAfter the first chapter, I could tell that this book was going to resemble The Lux Series. The lux series is one of my all-time favorites, so I was genuinely interested in seeing where the author takes this story. Iâ€™m happy to say that I was not disappointed. I honestly couldnâ€™t turn the pages fast enough. One thing I was not anticipating was the never-ending action. I loved how there was never a dull moment, as our main characters seemed to never catch a break.Â Dana Claire has a way of getting under your skin because Beatrice and Cash have made it to my favourite characters list. I canâ€™t wait to see what the author does next! I really hope itâ€™s the sequel to this novel. That cliff-hanger at the end makes me want to read book two as soon as possible.â€-Â Jessica Marie, The Mermaid Reader â€œEnthralling and well- crafted story. The authorâ€™s descriptions are so vivid you feel as though you are in the book. The plot of the story is suspenseful and hard to predict the next move because right when you think you know what is going to happen the story goes into a different direction. Dana Claire took me on a roller coaster of emotions all the way from the first page. I found myself not being able to stop until I completed the book. The Connection is indeed an outstanding and ingenious read. I eagerly look forward to reading more of her books.â€-Â Chinnie N., Amazon â€œSci-fi fantasy can be challenging, but Author Dana Claire did a fabulous job with this novel. The characters are great. They develop throughout the book in such a powerful way. I love Bea, AND I love her with Cash. The Connection is a book I could not wait to read every day. I loved falling into this story because I thought about the plot even when I wasnâ€™t reading it. A telling sign itâ€™s a great novel!â€-Hey Itâ€™s Carly Rae

“Trust is earned. When you have faith in me as I have in you, you will say her name out loud. Till then, my fair lady, all I ask for is a chance.” Dodge took the last bit of space between us and pressed his mouth to mine, catching my bottom lip between his. Soft, butterfly kisses danced on my skin while my insides turned to jelly. A small sigh leaked from my mouth. Kissing Dodge was different than Hawkin. Dodge was gentle and cautious. Hawkin was passionate and reckless. Both made me feel things I never thought possible. But Dodge felt like coming home. He was both my past and my present. I had dreamed of kissing him when we were younger. He had not only been my best friend, but my first—rather only—crush. And now, as my heart pounded as if it were going to explode out of my chest, I was torn. My stomach fluttered as his hands rested at my hips bringing my body even closer to his. I wrapped my arms around his neck, and he tilted his head, increasing the pressure and intensifying our kiss.

The Reclaimed Kingdom by Dana Claire

I wish all YA novels gave me the feeling that this one did. 'The Reclaimed Kingdom,' by Dana Claire is not only an adventure novel but one that gives you both a fully fleshed out atmosphere and compelling characters to match.

Dru is a seventeen year old girl who lives and fights with a group called 'The Band Of Brothers' in the fictional world of D'Land. Though the Brothers are criminals, they are the altruistic kind, regularly stealing from the rich and giving to the poor, like Robin Hood's merry men. It is because of this habit of stealing, however, that the Brothers (with Dru) set up a heist on a road where a carriage happens by that contains, of all people, a prince.

The prince, a young man named Dodge, offers to give the Brothers all of the riches that he is carrying, plus more if it will help them give more to the poor. But something stops Dru from being as pleased with this haul of riches as the others. Not only does she know Dodge, but she has a connection to the King and Queen of D'Land that no one else is aware of, and a secret that must stay hidden at all costs.

Though this story is about a fictional country and not intended to be a historical novel, it still has strong elements of a medieval setting that were well done. The kingdom of D'Land felt very real and alive to me as I was reading. I could practically smell the forests and hear the people talking. The traditional elements of a heroic story were there as well, with the villain being the evil queen Ebbigal, who rules over the kingdom with an iron fist.

This is a strong showing from Claire and I can't wait to find out what happens next, in book 2! 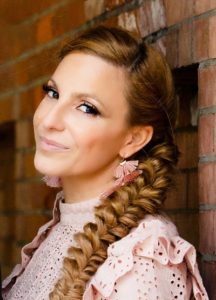 Author, Dana Claire, believes that a good story is made through strong character development. When readers become attached to the charactersâ€™ emotional state and are invested in their objectives, the readers are there for the long haul backing the characters and their emotions. How cool is it to read a book and think about the characters long after youâ€™ve read the last page? She believes that the beauty of reading is that one can live a hundred lives within the stories of books. If youâ€™ve ever wondered what it would be like to be a vampire, slay a dragon, or use a time machine, thereâ€™s a book for that. Website: https://danaclairebooks.com/ Twitter: https://twitter.com/danaclaire143 Facebook: https://www.facebook.com/DanaClaireBooks/

This giveaway is open to Canada and the U.S. only and ends on May 28, 2021 at midnight pacific.Â Entries are accepted via Rafflecopter only. a Rafflecopter giveaway 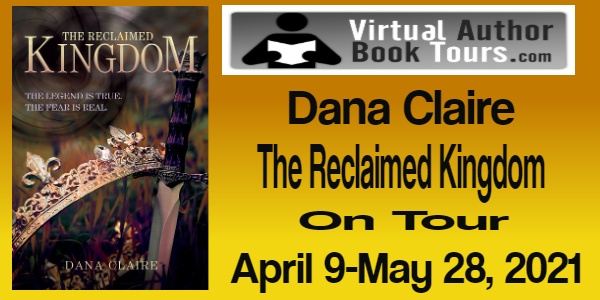