Vampire in the Tropics... 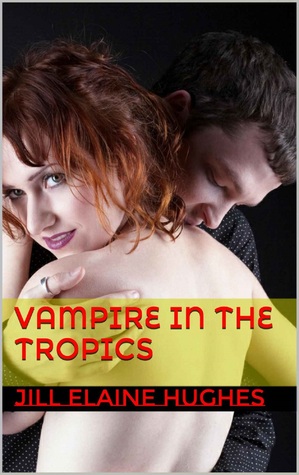 Our heroine, known only as “Beloved,” has had it with vampires. Or so she


thinks. After hightailing it out of frozen Poughkeepsie, New York for Mexico in
an effort to escape both winter and the loser vampire ex-boyfriends she’s sick
and tired of fending off, she finds something she never thought she’d encounter
under the blazing tropical sun—a vampire god.

Enter Julio, an immortal Aztec god that blends elements of the Western vampire
with the chupacabra. It’s lust at first sight when Beloved lays eyes on him in
human form on a white-sanded Mexican beach, and despite all attempts to resist,
she finds that at last she has found her destiny as his mate. Wild otherworldly
sex ensues that takes them to a parallel universe where the power of the
ancient Aztecs blends with modern bloodlust to create a new level of passion,
and where Beloved finds a new role as the Chupacabra Queen.

I spent most of my teen and college years running with the vampire crowd, so I know where of I speak. It was fun at first.  The vampires were all beautiful, and wore the best clothes, and threw the best parties, and got all the good drugs, and sometimes even flew in celebrity entertainers for the all-night shindigs they threw in the woods surrounding Poughkeepsie (that’s how I met Justin Bieber and Kim Kardashian).  All the most popular kids at school were vampires.

They didn’t even try to hide who or what they were, either.  Once upon a time they had to keep their Undead natures a secret, but ever since Twilight came out, being a vampire was cool. And if you weren’t a vampire yourself, being able to say you hung out with vampires was the next best thing when it came to teenage social status.

And I milked my vampire friends for everything they were worth.  Or close to it—I didn’t let them take me over the line into Undeadness myself, of course.  Sure, I’d nick my wrist every now and then and collect some blood in a cup for them that they’d pass around at parties while the mortal kids drank beer and hooch, and sometimes I let them nibble on my neck a little, but that was the extent of it.   And that was good enough for the vampires for many years.

Six years, to be exact.  But starting last year, they wanted more from me than just a little blood and the occasional casual sex session. One of the added bonuses of having sex with vampires is there’s no chance of catching an STD or getting pregnant.

Unless, of course, you let them kiss you.

The sex was great for a long time.  Nothing fancy, no frills, but it got the job done. The vampires’ cocks were cold, but huge and hard, and they knew exactly what to do with them. They knew their way around a clit, too, and never failed to make me come, never once. And no matter how hot and heavy things got, I always stuck hard and fast to the no-kissing rule.  The vampires never seemed to mind that, though.

Something changed with the vampires about a year ago. They wanted me to  become one with them.  As in, their vampire blood-lover. As in, the mother of an Undead-mortal hybrid.

As in, they wanted me to start kissing them when we fucked.  Tooth to tooth, fang to fang, tongue to scorching tongue.

That’s when the trouble started.