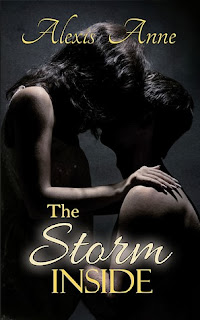 “The only thing holding me back was my heart. You know, the broken one. It knew if Jake and I got back together we’d make our past relationship look like child’s play. It would be a sweet footnote to this new, torrid love affair. ‘Jake and Eve 2.0’ would be an uncontrolled explosion of sex and adoration.


Uncontrolled explosions were dangerous. Everyone knew that.  And yet, I couldn’t seem to stop myself from playing with the matches…” ~Eve

Loving someone and being in love aren’t always the same thing.


That’s what Eve Daniels is trying to come to terms with when Jake Spencer suddenly returns to her life after ten years of silence. Haunted by a past he had no power to control, Jake left everyone and everything behind in hopes of saving Eve from his demons. His one regret was breaking her heart.

From the moment they reconnect, it is clear to Eve the passion, brilliance, and determination that first attracted her to Jake are stronger than ever. So strong that fighting their pull seems useless. But falling back in love isn’t as easy as letting the walls down. Eve soon realizes the choices they’ve both made come with consequences. Ones that will test how deep her love runs for a man living with a storm inside.

Recommended for ages 17+ due to language and sexual situations.

Jake slammed my back into the wall of the shack, the boards of the wall bending and flexing from the impact.  For a moment I worried we’d punch a hole right in the side of the building, but then Jake nipped my earlobe at the exact same moment he flexed his hips into mine, and I forgot everything I was thinking.
Everything but him.

I didn’t think about the ten years he’d been gone or how much I hated him.  All I could feel was his hard body pressed up against mine, his rough hands as they desperately roamed over my skin, and the intensity in his kiss.


We’d always made an explosive combination; that clearly hadn’t changed.  If anything, the added experience and time apart made what we’d had in the past look sweet and warm.  Because this—what we were doing now—was off the charts insane.  It was brutal and animalistic in the most fantastic way.
The afternoon thunderstorm was howling outside.  It was my favorite time of day, and Jake knew it.  The thing about Florida’s summertime storms was that you could feel them.


When lightning strikes, the air crackles with electricity moving through everything around you.  The moment it splits the sky, thunder vibrates so deeply it shakes the earth and every molecule in your body.  You feel it everywhere.


Thunderstorms are a full body experience from the light and the vibrations, to the sound of the wind, the pounding of the rain, and the taste of the humidity in the air.  It’s like Mother Nature is trying to sweep you away in a symphony of senses.  And at the moment I was swept away by both the storm and by Jake.  I was completely lost to everything.


It had always been like this with us.  Ten years hadn’t dulled it at all.  If anything, the waiting only made it more intense than ever.  His hand closed around my jaw, turning my head away so that he could nuzzle my neck.  As his tongue stroked upward along my skin, the muscles in my belly clenched and I squeezed my legs around him tighter.


“Oh god, Eve…” he moaned, pinning my hands to the wall and looking up at me with fire in his eyes as he continued to rock against me.  The intensity with which he wanted me only made me crave him more.  I ground back against his firm waist even harder.


Words seemed to ruin everything between us, so I wasn’t about to start talking now.  I just panted, throwing my head back, and pushing against him with my hips to let him know I wanted to continue.  There was no doubt in my mind how wet I was, my body was practically begging to have Jake back inside me.


Taking my cue, Jake released my wrists and slowly, silently began to undress me, not that it took much.  My bikini was held on by four sets of strings.


His eyes hungrily roamed over my naked breasts with a passion that made me shiver with hot desire.


Thunder rattled the roof as Jake stepped back, pulling me toward him with his hand knotted in my hair.


The tug on my hair follicles hurt in the most fantastic way.  He crushed his lips against mine and I would
have cried out in pain if it hadn’t felt so good.


The one thing that kept running through my head, the one thing I couldn’t ignore any longer, was how badly I wanted this man.  Every inch of me wanted to possess him.  I felt like a tigress stalking her prey.  Jake was mine and no one else’s.  Always had been, always would be.


The shack was dank and old: there wasn’t a surface in the place that seemed clean or inviting, let alone suitable for our naked bodies.


Jake’s towel was flung over the back of a folding chair and with a quick flip of his wrist, the towel now covered the seat.  I let him pull me onto his lap, my toes just barely reaching the floor on either side of him.  His warm and sweaty skin against mine was electric and I gasped.  I needed him inside me, now. 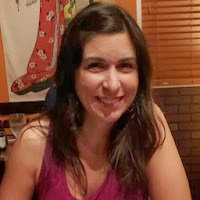 Alexis Anne lives in Central Florida with her tall, dark, and handsome husband and their two adorable superheroes. Their crazy lives have taken them from archaeology digs to breaking news as they traversed the worlds of anthropology and television news. When she's not reading or writing, Alexis can be found at the beach or on the water with her family. Her first series, FILTERS, are contemporary romance short stories. The Storm Inside is her first full-length novel.