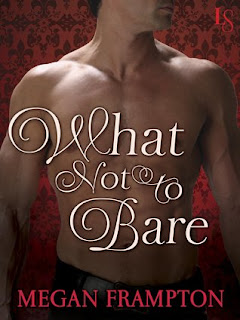 In Megan Frampton’s witty historical romance, a woman is judged by her gown, and a man by his reputation—until both are shed in one sexy moment of seduction.

Lady Charlotte Jepstow certainly knows how to make an impression—a terrible one. Each one of her ball gowns is more ostentatiously ugly than the one before. Even she has been forced to wonder: Is she unmarried because of her abysmal wardrobe, or does she wear clashing clothing because she doesn’t want to be pursued in the first place? But when Charlotte meets Lord David Marchston, suddenly a little courtship doesn’t sound so bad after all.

David will be the first to admit he’s made some mistakes. But when he gets yanked from his post by his superiors, he is ordered to do the unthinkable to win back his position: woo his commander’s niece. If David wants his life back, he must use his skills as a negotiator to persuade society that Charlotte is a woman worth pursuing, despite her rather unusual “flair” for color. But David does such a terrific job that he develops an unexpected problem, one that violates both his rakish mentality and his marching orders: He’s starting to fall in love. 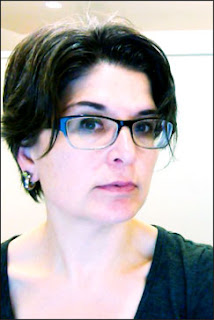 Megan Frampton majored in English literature at Barnard College, with a double minor in political science and religion. She worked in the music industry for fifteen years, editing and writing music reviews for a music-industry trade magazine and eventually becoming the editor in chief. Frampton married one of her former interns and lives in Brooklyn, New York, with him and her son. When she isn’t writing, she serves as the community manager for the romance novel website Heroes and Heartbreakers.