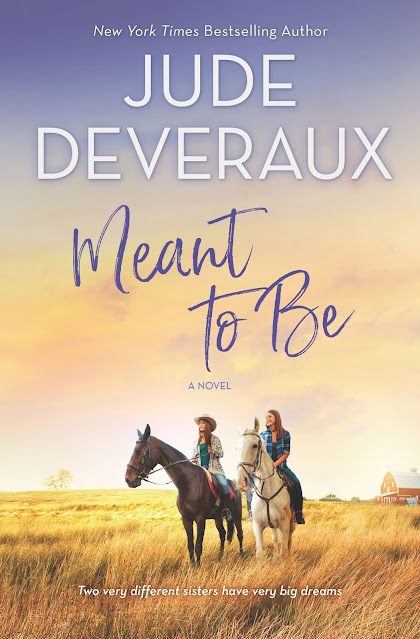 Two headstrong sisters are bound by tradition but long to forge their own path.

It’s 1972 and times are changing. In the small farming community of Mason, Kansas, Vera and Kelly Exton are known for their ambitions. Vera is an activist who wants to join her boyfriend in the Peace Corps. But she is doing her duty caring for her widowed mother and younger sister until Kelly is firmly established. Kelly is studying to become a veterinarian. She plans to marry her childhood sweetheart and eventually take over his father’s veterinary practice.

But it’s a tumultuous time and neither sister is entirely happy with the path that’s been laid out for her. As each evaluates her options, everything shifts. Do you do what’s right for yourself or what others want? By having the courage to follow their hearts these women will change lives for the better and the effects will be felt by the generations that follow. Meant to Be delivers an emotional, smart, funny and wise lesson about the importance of being true to yourself.

Vera Exton couldn’t get that thought out of her head. The man she had always loved, the man who held the keys to her future, was finally home.

She was on the front porch of her family home. As always, she was surrounded by newspapers and magazines. She paid to have the New York Times sent to her. That it arrived three days late didn’t matter. At least she got to see what was going on in the world. The world. Not just Kansas, not just the US, but everywhere.

In college, she’d majored in political science, with a minor in geography. She knew where the Republic of Vanuatu was, where Rajasthan, India, was. She could tell Bhutan from Nepal by a single photo. She’d studied languages on her own and knew a smattering of several. Rhodesia, she thought. Madagascar. She’d send her sister photos of herself with a lemur when she got there. Kelly would like that.

Vera closed her eyes, leaning back in the old chair that her mother had bought at a craft fair. It had been made by someone local, using local materials. That was the difference between them. Her mother and her sister prided themselves on “local,” while Vera could only see the world.

“And now it’s all going to begin,” she whispered, and opened her eyes.

Bending, she began stacking the newspapers and magazines. Her mother complained about the mess that always surrounded Vera. “We can hardly walk through a room,” her mother often said, frowning. Since her husband died two years ago, Nella Exton did little but frown.

If Kelly was around, she helped Vera clean up. Or helped Vera do anything, for Kelly was deeply glad her big sister was there and doing what everyone expected her to do.

When Kelly mentioned her gratitude, their mother just sniffed. “She’s the eldest child, so of course she takes care of things.” Even though the sisters were only ten months apart, to their mother Vera was to take on the family’s responsibilities, so she was doing what she was supposed to do. There was no other choice.

But Kelly didn’t feel that way. In what people tended to call “the drug culture,” many kids ran away, never to be seen again. The idea of “family obligations” was becoming obsolete. But not to Vera.

She had postponed the future she’d dreamed of, had studied for, to give her sister what she wanted and Kelly was ever thankful, grateful and appreciative.

For all her sister’s appreciation, right now all Vera could think of was that Adam’s return meant the ordeal of staying at home was over.

He’d arrived just in time for his father’s funeral, as there’d been delays on the long flight from Africa. Vera had searched the newspapers to find out what was going on in Kenya. During the years he’d been away, Adam’s letters were full of stories of floods and bridges collapsing, infestations and diseases with exotic names. His letters had made her heart pound with excitement. She’d read them to her mother and sister, then was shocked by the horror on their faces. “But doesn’t it sound wonderful?” Vera would ask.

Nella said a flat no, and Kelly would say, “If you like that sort of thing.” Then she’d pick up a few of her animals and feed them or groom them or whatever she did with them.

Vera had seen Adam after the service, but she’d not spoken to him. He was surrounded by people offering condolences. His father, Burke Hatten, had been a big shot in the county. “Ask Burke” was a common catchphrase.

In Vera’s opinion, the man thought he knew much more than he did, which is why he and his eldest son had always butted heads. Burke’s temper and his son’s matching one was why Adam had run off to join the Peace Corps.

Well, that and Vera’s endless talk of how she was joining the second she finished college. She’d begged Adam to go with her, but he’d always said no. He said he’d be waiting for her in Kansas when she grew tired of moving about the world and came home.

Funny how things work out, she thought as she stacked the papers. Adam had the big fight with his dad and had run off to the Peace Corps. Vera had planned to join him, but her father had died suddenly, leaving no one to care for the farm. To Vera, the solution was to sell the farm, but Nella had refused to leave the place. In just a few weeks, everything changed. Vera had agreed to stay behind until Kelly finished veterinary school. The new plan was that as soon as Kelly graduated, Vera would join Adam wherever the Peace Corps had sent him.

Now everything was going to change again. Burke Hatten’s horse threw him and he’d died instantly, so Adam had returned. But this time when he left the country to go back to his job in Africa, Vera wouldn’t be kissing him goodbye. They’d leave together. The goodbyes would be to her mother and sister, to the farm, to her job at the travel agency. Goodbye to the town of Mason. The world she’d been reading about was out there and calling to her.

At last, she was going to answer its call. 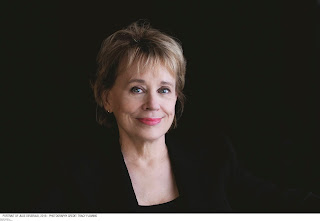 Jude Deveraux is the author of forty-three New York Times bestsellers, including For All Time, Moonlight in the Morning, and A Knight in Shining Armor. She was honored with a Romantic Times Pioneer Award in 2013 for her distinguished career. To date, there are more than sixty million copies of her books in print worldwide.