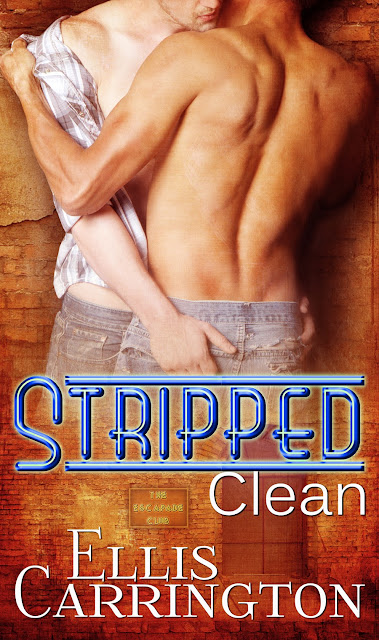 Blurb:
Carlos O'Shea is stuck. He knocked-up a girl in college after a night of too much drinking, and then married her to be honorable. With little money, fewer options, and no degree, he winds up cleaning the floors in a small town gentleman's club and thinking desperate thoughts about the handsome owner that'll lead to
nothing but trouble.

Greg Moorehouse only invested in a nudie bar to help his best buddy out of a financial crisis. Now his drug-dealing ex boyfriend, his reverend father, and a parade of surgically-enhanced DD's are driving him insane. But what's really stripped him of all good sense is his growing obsession with his married employee, Carlos.

They circle each other in a push-pull of misunderstandings and growing attraction. Carlos needs to get his boss out of his head, and Greg can’t abide cheaters and married men. So what are a strip club owner and the guy who cleans going to do with their undeniable desires?

Greg glanced at Carlos’s hand. “You still aren’t wearing your ring. Were you actually married, or was that some kinda fucked-up story?”
Carlos groaned and stared up at the morning sky. “She moved out, which was why I came by the club. I wanted to talk, but you were otherwise engaged.” He coughed a laugh. “I’m not sure what kind of crack I was smoking thinking that we were that kind of friend. You’re my boss for crying out loud.”
“Oh.” Greg pressed his lips together, nodding with mock agreement. “That’s very mature. While we’re being mature, should I trot out the liar-liar-pants-on-fire argument, because I’m pretty sure I saw you kissing that guy in there.”
Carlos thumped down the barely-holding-it-together wood stairs. “You did not see me kissing him in there. Did. Not.”
“Looked a hell of a lot like kissing.” Greg’s insides washed in relief, but he wasn’t sure he was ready to buy what Carlos was selling.
Carlos leaned close. “I handed him,” he said slowly, “a cup of coffee. We were talking. Our faces were close. The screen’s kinda thick on that living room window. Not the most conducive for spying, Greg.”
Oh Jesus. “I wasn’t spying I just happened— You know what? Whatever.” He spread his arms out wide. Took a step back. “So your wife being gone has nothing to do with you humping my leg in your sleep and coming in your pants?”
Carlos didn’t answer, but his face flushed a hot red that would have been sexy if Greg hadn’t been so pissed.
“Yeah. Listen,” Greg said. “This ain’t exactly an out-and-proud part of the country, man. Nobody knows better than I do. I’ve had my share of run-ins.” He stepped backward. Suddenly his stomach was full of rocks and he needed to get back to his car. “I still trusted you.” He nodded again, more to himself this time than to Carlos. “Gotta be honest, that you didn’t? Stings some.”
“Hey.” Carlos’s long legs ate up the distance between them. He gripped Greg’s shoulder with strong, dark fingers and pushed him back against the alcove over the front door, kissing hard.
Oh God. His distant memory of kissing Sammy had nothing on kissing Carlos. This was fire. Passion. Greg’s mouth came alive with Carlos’s lips on his. Their tongues slid together. His cock hardened as their bodies pressed in all the right places. Electricity shot through his veins when Carlos’s teeth grazed his tongue.
Carlos moaned and repositioned his mouth, kissing over and over. Harder. Harsher. Grinding erection against erection, twisting the fabric of Greg’s shirt in his hand.
Greg’s brought his hands to Carlos’s shoulders, and whether he was holding tighter or pushing away, he couldn’t quite tell even to himself.
Carlos pulled away, and Greg was still gasping when Carlos whispered in his ear, “I’m awake now, Greg.”

Romance requires a hopeful ending and that is why Ellis Carrington is driven to write it. She loves to create original stories that are gritty, witty, and a little unexpected, just like the heroes who inhabit them. Her guys come in both human and non-human form because spirit guides and vampires deserve love too. Her favorite things are great friends, great music, and books that make her sob like there’s no tomorrow. 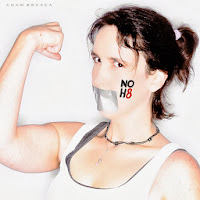 You can find her at