I Remember You Collection... 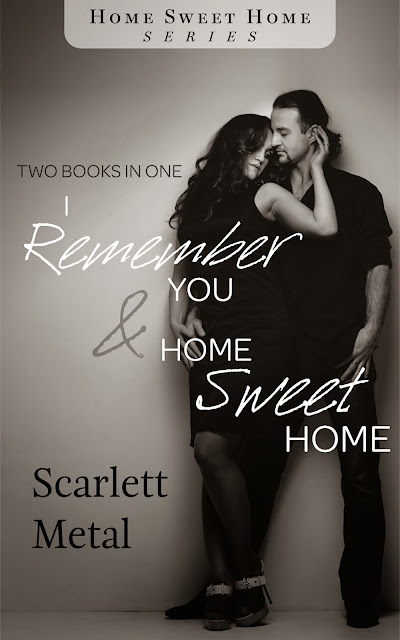 
Lance never got over his teenage love despite years of trying to
forget her with alcohol, music, and other women.

Samantha dated lots of
different guys after Lance, guys most girls would love to have even a chance
with. No one can make her happy though; she compares them all to Lance.


Fate brings them together when Lance is in town for some family
business. They end up spending a passionate night together but can they be more?
Can they finally find their happily ever after?

Things for Lance and Samantha have been picture perfect since they reunited
four years ago. They are happily married with a little girl and another baby on
the way. Lance's career with the Forbidden Gods is stronger than ever. Samantha
has some best selling books to her name and her writing career is taking off.


In just a few short months, that perfect world starts to shatter. Lance
has to go on tour without Sam. He has creative differences with management over
the band's latest album that have left him frustrated. He suffers loss after
loss, not knowing if he can take much more. He turns to alcohol to numb the pain
just like he did all those years ago when Sam left him.

Sam tries to be
strong for her family when tragedy threatens to pull them apart but when Lance
isn't there for her when she needs him the most, she questions everything she
ever believed about them and their love.

Lance is lost and hanging by a
thread. Can Sam save him? Or is it too late? Will Lance be able to find his way
back home?


Samantha
pulled up to the pump at the gas station and got out. As she watched the
numbers on the pump, her mind started to wander. She sighed and crossed her
arms as she thought about a few weeks ago when she’d broke up with Jeff, the
guy she’d been seeing for about a year. What’s wrong with me? Jeff was a good
guy. He was good looking and a successful lawyer. He treated her like a queen.
Most girls would kill to date a guy like him. She didn’t feel anything with him
– no passion or excitement.


The
pump clicked as it stopped and Samantha put the gas cover back on. She’d
forgotten her bottle of water for yoga class, so she ran inside the gas station
to get one. She didn’t want to be late for class and not get a decent spot, so
she trotted inside and grabbed the first bottle she saw from the cooler. She
took it to the counter and paid. As she turned to leave, she ran right into
someone else approaching the counter and dropped her water on the floor.


“I’m
sorry!” She bent down to get her water as the person she ran into did too.


“Hello
Samantha.” A deep voice filled her ears as the stranger handed her the water.
Her heart started pounding. Could it be? She looked up quickly. It was Lance!


“Hey
Lance. What’re you doing here?” She asked nervously. She was surprised to see
her old boyfriend at this gas station, let alone in town. He was a successful
rock star now and she knew he lived in LA. She tried to casually look him over.
He’d filled out some since they’d been together. His shaggy blonde hair was cut
shorter now and he looked older, more mature. She had to admit he looked good.
Time had been very kind to him.


“I
had some business to take care of here for Mom,” he replied.


She
smiled. Always such a mama’s boy. “How is she?” Samantha had always liked his
mom. She’d always told Lance to treat her better and that the two of them were
going to get married some day. Boy did she get that wrong!


“She’s
good. How are you?” He looked down at her with those piercing gray eyes. For a
second she wanted to wrap her arms around him like old times. She’d never
forgotten what his hugs had been like.


“I’m
good. Busy writing. My first novel comes out in about a month.” She looked down
at her shoes nervously, shaking the thought of his arms around her from her
mind.


“That’s
great, Sam,” he said with a smile. “I know how much you always loved to write.
Congrats.”

She
wasn’t sure why his words of approval made her feel so good. She glanced at her
phone. She was going to be late for class if she didn’t leave soon. “I actually
was headed to yoga class so I should probably get going.” She looked back up at
him. “It was good seeing you,” she said softly.


He
smiled at her, the corners of his eyes crinkling in the way she’d always loved.
“It was really good seeing you too. Take care.”


She
clutched her phone and water and headed out of the gas station, her heart
pounding hard in her ears. Samantha took a shaky breath as she got into her
car. Trying to get her bearings, she sat for a minute before starting it. She
couldn’t believe she saw Lance after all of these years. She didn’t think she’d
ever see him again here in town.


Samantha
started her car and headed off to class. She was looking forward to yoga. Maybe
it would clear the mess in her brain that seeing Lance had created.


Later
that night, Samantha was in the bathroom getting ready for bed while Lance was
performing his nightly ritual of checking on Emma before coming to bed. She was
going to miss these little routines their family had.

She
glanced at herself in the mirror. She’d managed to slip on the sheer, lacy
black teddy Lance had bought her in Vegas when they got married. He had a thing
for lingerie despite the fact he couldn’t keep it on her for longer than a few
minutes. Tonight would probably be no exception.

She
turned off the bathroom light and climbed onto their king size bed to wait for
him. They had designed their bedroom to be a sanctuary, a place to relax after
long months on the road or in LA while he was recording. There was a fireplace
and a small sitting area and Lance had to have a big screen TV. There were
times when they would get home from LA and they’d spend days in this room. She
loved it, but it would be empty without Lance.

“Must’ve
worn her out at the park today; she’s out cold,” Lance said as he walked into
the room. He shut the door behind him and his eyes widened when he saw her.
“Holy shit, Sam. What are you trying to do to me?”

A
shiver went down her spine; the teddy had its desired effect. Lust and desire
were written all over Lance’s face. “Oh nothing, just getting ready for bed,”
she stated nonchalantly.

“What-the-fuck-ever,
woman,” he mumbled, pulling his t-shirt over his head and tossing it across the
room. He undid his belt and had his jeans and boxers off in record time. He
hopped onto the bed by her and pulled her under him. His erection was hard
against her thigh. That didn’t take long.

“You
know I love that thing on you,” he growled into her ear. “And I’ve been
semi-hard since earlier this afternoon. I’m not going to play around right now,
Sam. I need to be inside you.”

His
words sent a spark of desire straight to her womb. She reached up and cupped
his face in her hands, looking deep into his blue eyes. “Then take me, Lance.
Make love to me,” she whispered. She didn’t need foreplay tonight either; she
needed to feel him inside her. She needed to be close to him tonight.

He
made a sound deep in his throat and kept his eyes on hers as he thrust inside
her. She moaned softly and arched beneath him, savoring the feel of him filling
her. She wrapped her legs around him and ran her nails down his back.

They
made love the rest of the night, dozing on and off in between sessions. They
touched and kissed each other all over, sometimes taking their time, sometimes
with a sense of urgency. 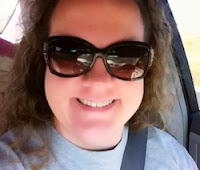 Scarlett lives in the Midwest with her family. When she's not busy writing steamy stories, she can be found with her nose in a book, camping, or geocaching with her family. She loves Diet Coke, Tina Fey and Amy Poehler, and 80's hair bands.