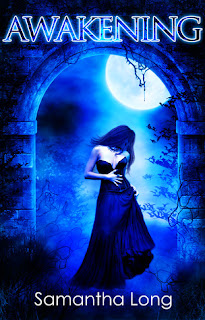 When Sophie moves to Boston to get away from the people who ridiculed her for her psychic talents, she wants to start fresh. But when a demon attacks her study group at the library, she has no choice but to reveal her abilities to warn the others.

She learns the attacks won't stop until she's dead. To stay alive she joins forces with the other students and a secret society that has battled the demons for centuries.

The last thing she wants to do is be a pawn in the war of good and evil. When her visions start showing events from a past life, she can't ignore the connections it shows. She has no choice but to acknowledge the bonds that tie her to the other students, even if some of them refuse, to have the strength to defeat the demon that hunts them down.

Will she survive long enough to stop the demons from destroying everything and everyone she loves?

“Finally.  I thought you’d never wake up.”
The voice whispered like death over Sophie’s senses.  Her heart stuttered when she turned on the bunk and looked out.  Akeldama sat in a chair just outside her cell.  Perfect, pale legs peeked out from a sleek red dress.
The demon’s skin was so pale, Sophie wondered if the person she wore had been dead for days.  Blue veins crawled across the skin like highways, all meeting in the center of her chest.
“That’s a little different than the mommy-and-me act.”  Sophie tried to keep her voice from shaking.  Her fear was so sharp she could almost taste it.
Akeldama laughed and Sophie knew she heard Death in the sound.  It froze her insides.  She tried to keep a calm face.  “Oh, I have a whole host of disguises.  It works to not look the same every time I kill someone.”
Instantly Todd’s face, his smile, shot through Sophie’s mind.  Her body tensed against the cold wall.  Words, full of rage, formed but she couldn’t force them out.  Instead, she glared across the cell.
The malevolence thickened.  It reached out to Sophie and gripped her hard.  The breath disappeared from her lungs as she was dragged from the bed.  She hit the floor of the cell hard enough to knock her teeth together.  Before she managed to inhale, Akeldama’s power tightened and hauled her to the bars.
~~~~~~~~~~~~~~~~~~~~~~~~~~~~~~ 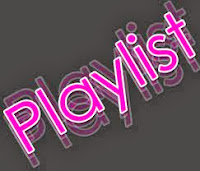 I'm a multitasking mom of four. When not writing/doing laundry/changing diapers, I like to catch up on episodes of Supernatural and Castle. If you can't find me in front of the computer, I'm most likely watching my DVR.
​
​I've been writing since the first grade, where I wrote a one page story titled "If I was an Indian".  My warrior husband was going to be the best hunter, I was going to live in the best teepee and apparently, I was having an affair with the Chief.  Racy, I know.

​Of the things I'm addicted to sweet tea, movies, and books top the list.  My favorite authors include Nora Roberts, Lauren Kate, Kresley Cole, and Gena Showalter.  Few of many I love.

​Thanks so much for reading!