Today we have the blog tour of Jennifer Lyon’s Savaged Illusions: The Complete Series! Check out this gorgeous romance series and be sure to get your copy today! 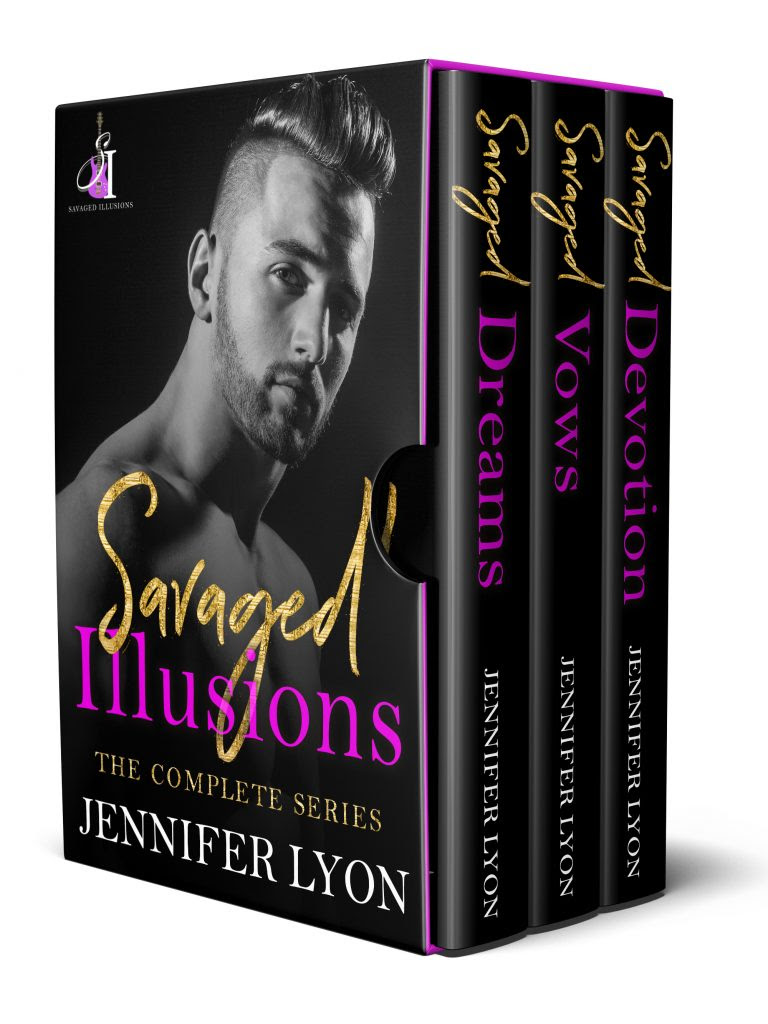 About Savaged Illusions: The Complete Series:

Justice Cade is leading his rock band to superstardom, but when he falls in love with Liza Cade, will her secrets destroy them all?

Book one, SAVAGED DREAMS Ambitious and sexy lead singer Justice Cade has one goal—to take his band, Savaged Illusions, to international rock star fame. But when the fiery college-intern Liza Glasner captures his heart, he soon learns she has a dark secret that compels her to avoid the limelight. The revelation of Liza’s true identity forces Justice to choose between the woman he loves and the stardom he craves. The wrong choice could be deadly. Book two, SAVAGED VOWS Dating a rock star nearly got Liza killed. Now that the world knows her true identity, danger stalks her relentlessly. But she loves Justice too much to leave him. A surprise pregnancy leads to a secret marriage and festering doubts. Justice struggles to balance the wife he loves, impending fatherhood, and the battle to take his band to stardom. As he reaches the very pinnacle of success, secrets and betrayals explode in a heartbreaking twist that threatens to rip Justice and Liza apart forever. Book three, SAVAGED DEVOTION Losing Liza taught Justice that love is more important than fame. He risks everything to win her back, and he’ll stop at nothing to keep her safe. Justice’s fierce devotion helps Liza recover from a devastating loss and grow strong enough to stop hiding in the shadows. Together, Justice and Liza burst onto the world stage to face down the man who tormented her for a decade. Will their love triumph or will Liza’s old enemy tear them apart in the most permanent way possible—death? 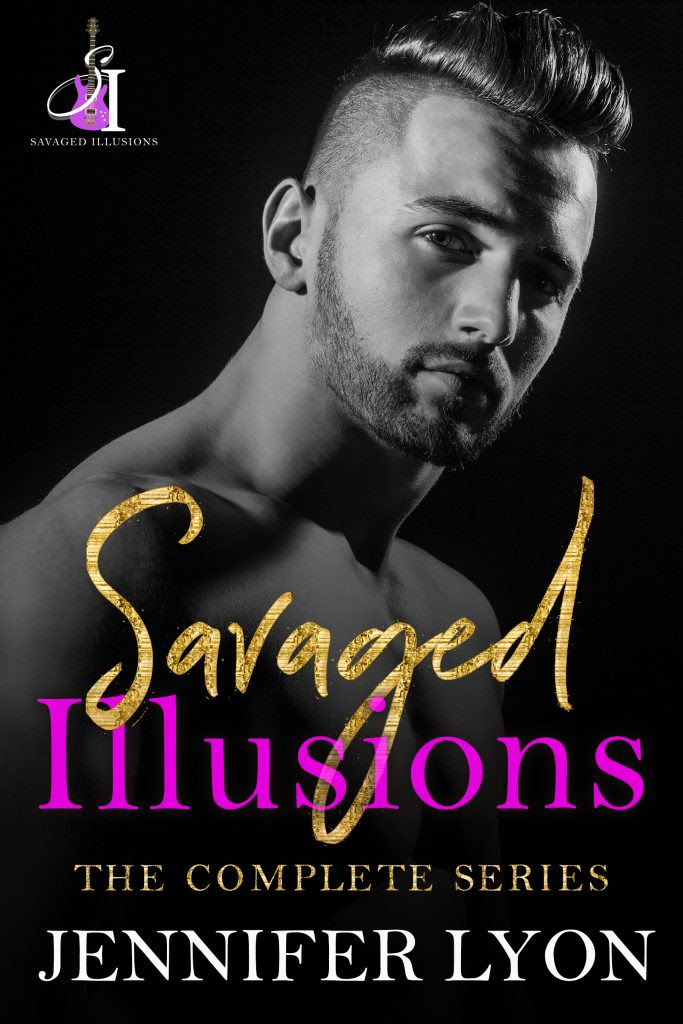 “I get it. So how about Friday night?”

She hesitated. “I kind of have a commitment then too. But, um, you could come along. It’s dinner with my roommate, Emily, and her boyfriend, Ben. We meet at Wylie’s.” Would he want to go?

A huge smile erupted on her face. “Emily’s bugging me about meeting you.”

His eyes crinkled at the edges. “Wants to check me out, huh? Make sure I’m good enough?”

She started to say no, but why lie? “Maybe a little. But she’s nice if she likes you.”

She thought of Emily when she’d found out Dillion broke up with her and made her that ugly offer. “How fast can you run?”

“I sort of had to hide her car keys to keep her from going after Dillion. I put them in the freezer. By the time she found them, she got sidetracked by ice cream.”

He dropped his forehead to hers, laughing. “I think I like her already. Everyone needs a friend like that.”

Pleasure warmed her, and she got hotter when he kissed her again.

Liza finally came up for air. “Thought you had a meeting? You know, becoming famous and all?”

Color had darkened his face, and he narrowed his eyes. “You’re a dangerous distraction, Glasner.” He opened her car door. “Go before we both forget we have places to be.”

“Good luck in your meeting. If Christine’s what you want in a manager, I hope she’ll sign you.”

His eyes hardened with ambition. “She’s a shark, exactly what we want. She’ll make signing us contingent on winning though, to be sure she gets at least some income. This is just a prelim to discuss a potential business plan and strategies. We have to win.”

As she drove away, the warmth of Justice’s touch faded beneath the memory of his fierce drive. He’d told her what he wanted.

He was living in the spotlight. How long did Liza think she could hang around in that glow and not have it come out who she was? Then it’d all start again, the media scrutiny, the terrible things said about her. Her family would be furious.

She gripped the steering wheel tighter as she headed toward campus.

She didn’t want the fame part of Justice, she just wanted the man for as long as it lasted. Because one way or another, fame and stardom would pull him away.

She just hoped her life, and that of her family, didn’t end up as collateral damage.

Jennifer Lyon is the pseudonym for USA Today Bestselling Author Jennifer Apodaca. Jen has published more than twenty books and novellas, won numerous awards and had her books translated into multiple languages. Jen lives in Southern California with her husband. Together, they raised three amazing sons, welcomed three lovely daughters-in-law and an adorable grandson. Jen loves reading, vacations at the beach or wine tasting, and making friends with any dog she sees. But her passion is writing about characters who must surmount impossible odds and make tough choices to prove themselves worthy of love. In the evening, her husband lures her away from the computer with a glass of wine and the company of the man who is her happily ever after.