Surrender To Me Review... 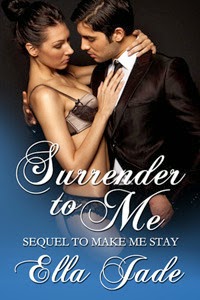 What happens when a Dominant falls for his not-so-submissive attorney?Martin Abrams, owner of Master M's BDSM club, has become unfulfilled with his lifestyle. Ever since his sub, Gracie, left to marry her true love, Martin has lost his way. Living the life of the head Dominant in his circle isn't as appealing as it once was. Something seems to be missing.Sassy lawyer Arianna Covington relocates to New York City after a humiliating divorce. She's looking for a fresh start when she agrees to become Martin's exclusive attorney. She's intrigued by his domineering personality and wants to know why women kneel at his feet.Their attraction is undeniable despite Ari's initial beliefs that she will never submit to Martin's desires. But Martin is up for the challenge. Arianna is more than he ever imagined in a woman. He vows to claim her heart, with or without the games. Who will surrender first?Featuring Cade and Gracie from Make Me Stay.Content Warning: contains explicit language and graphic sexual content 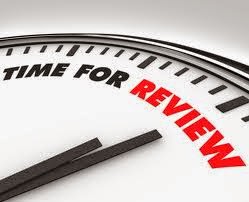 I currently wish my name was Arianna. The speed at which her relationship changed with Martin seems a bit far fetched, however, because I’m a complete romantic; I totally went along with it!

As the relationship between Ari and Martin evolves, so do there feelings. This is where I wish Ella would have spent more time. I would have loved more. These two people have such strong personalities and are somewhat set in their ways. I would have liked more development along with the stretching she’d already gave them.

I’m giving this book 4.5 stars because, beyond my need for more, this book was very well written. It had hot sexy scenes, great conversations, if flowed easily, and I was able to read it in an afternoon. Read it…
Posted by Ashley at 1:00 AM