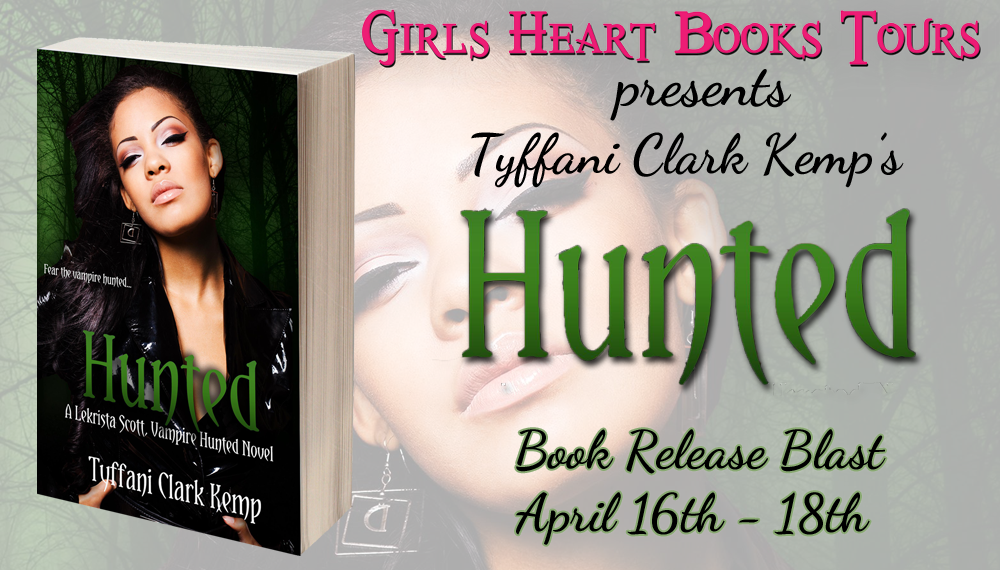 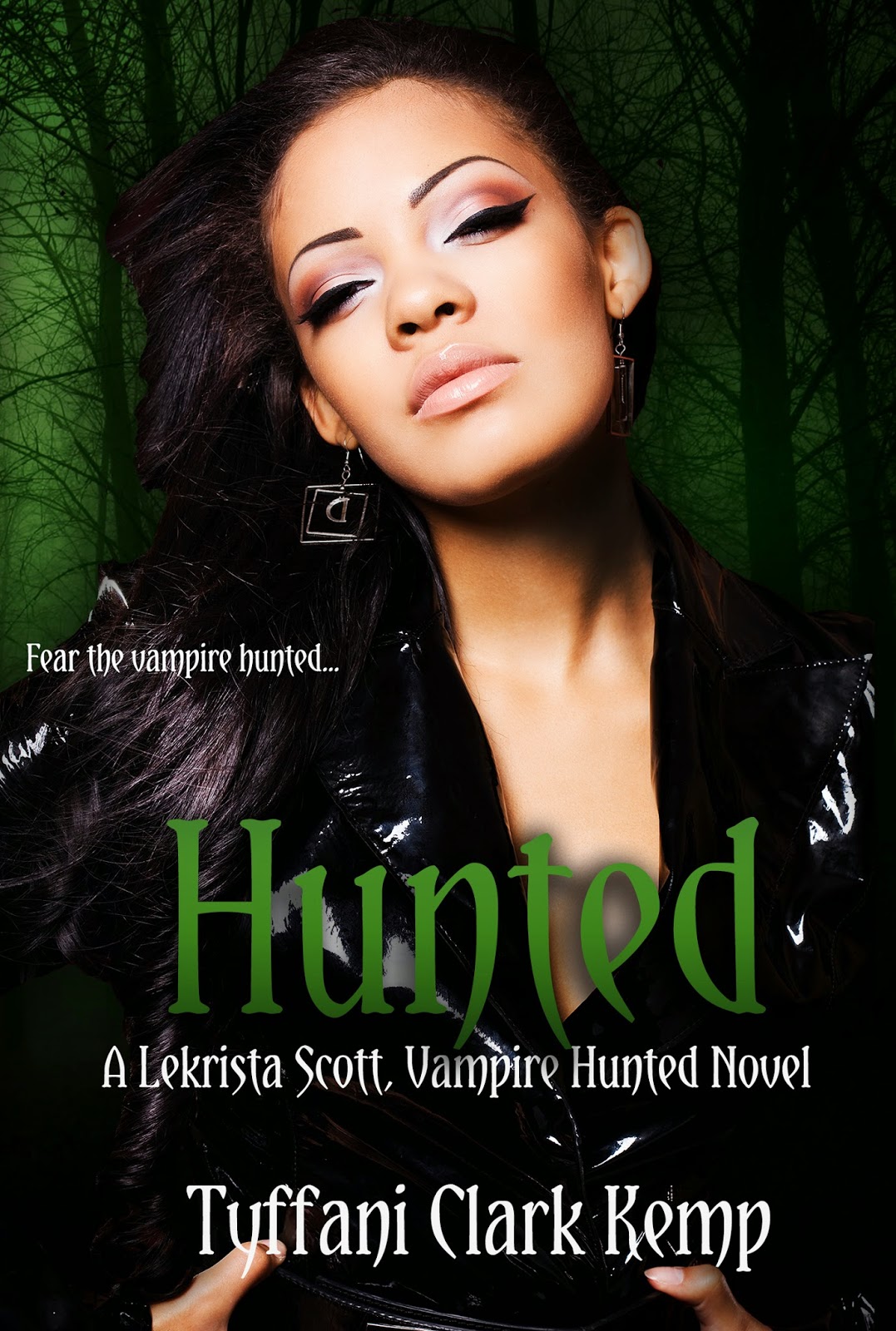 LeKrista Scott survived three separate vampire attacks, almost drowned, and turned down her boyfriend's proposal. What else could possibly go wrong?
Apparently, if it's not one thing, it's another. Lizette, a brand new vampire with a grudge, blames LeKrista for being turned into a monster. In retaliation, she decides to go straight for the throat, so to speak, and attack LK's ailing mother at her rest home. LeKrista enlists the help of her "Vampire liason" Roman, but it could never be that easy. Not for her.
A daywalker, a born vampire who can walk in the sun, has been hired by the head of the Vampire Counsel to collect LeKrista and the debt she owes him. As payment, her great great aunt is taken. Once again, the Mages refuse to help, so what is a girl to do, but rescue her family herself?
With her back against the wall, LeKrista will rise up stronger and teach the preternatural world to fear the Vampire Hunted. 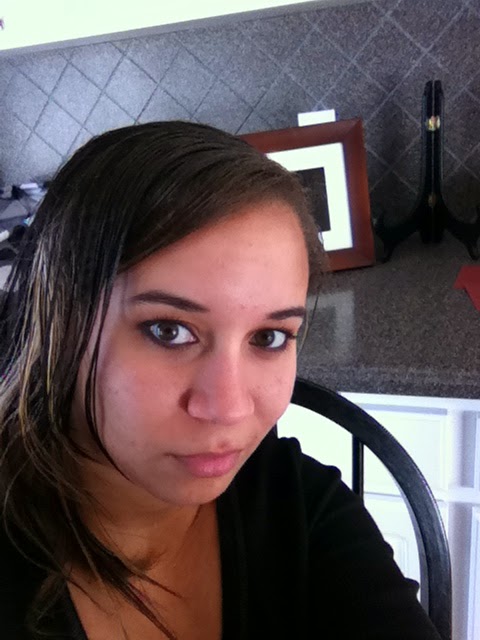 Tyffani Clark Kemp has been writing since she discovered in the sixth grade that it wasn’t enough just to read about fantastic places, but she could create her own. She weaves small bits of herself into everything she writes whether it be a science fiction piece about aliens or a dramatic romance fraught with conflict and love. She lives in South Carolina with her family and her fluffy shii tzu-mix dog who thinks he’s a Saint Bernard.