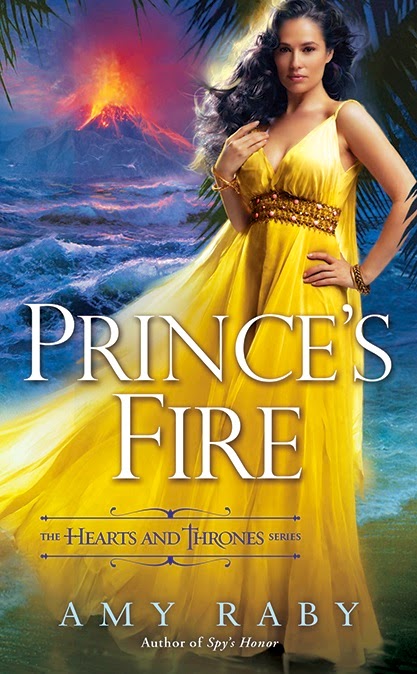 The imperial princess has been offered in marriage to the Prince of Inya as part of an alliance needed to ensure Kjall’s military prowess. And despite having been hurt in the past by men using her to gain power, Celeste finds herself falling for the passionate fire mage.


Prince Rayn has no intention of allying his country with the militaristic Kjallans. But his political enemies at home may be the greater threat. The princess’s beauty and intelligence catch him off guard, throwing an unexpected and dangerous hurdle in the way of his plans.

As a deadly political plot threatens Rayn’s life, the attraction between Celeste and Rayn ignites into a sizzling affair. But to save her people and herself, Celeste will have to discover if Rayn’s intentions are true or risk having her love burn her yet again....

Amy Raby is literally a product of the U.S. space program, since her parents met working for NASA on the Apollo missions. After earning her Bachelor’s in Computer Science from the University of Washington, Amy settled in the Pacific Northwest with her family, where she’s always looking for life’s next adventure, whether it’s capsizing tiny sailboats in Lake Washington, training hunting dogs, or riding horses. Amy is a 2011 Golden Heart® finalist and a 2012 Daphne du Maurier winner.