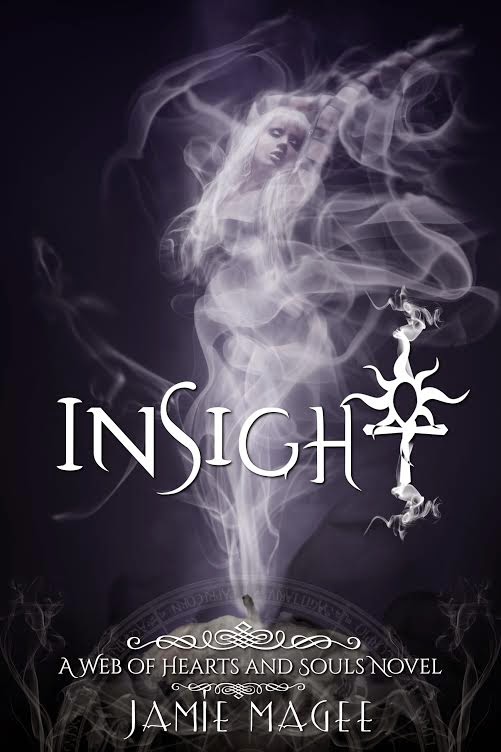 Willow Haywood has always been trapped between the worlds of the Light and the Dark. Her waking hours are plagued by her ability to feel the emotions of those around her. No matter how inward she draws, she cannot shut out the feelings of others. Sometimes she will see images - echoes of other people and places - that she can enter to influence the emotions of people she has never met.

By night, Willow experiences her only escape from this terrible insight - entering into the world of dreams. Most of these dreams are shared in blissful silence with a stunning blue-eyed boy. But every new moon she lives through something much darker: a horrific nightmare shared by another mysterious boy who is always shrouded by shadows.

One night, this shadowy figure invades her dreams outside of his appointed time. In this new nightmare, Willow is marked; a mark which follows her into the waking world and sets her on a momentous path through light and darkness, through fragmented myth and half-truths, through past lives and disturbing family secrets, all in the face of the ever-dominant Zodiac. What she finds will endanger the lives of those closest to her and will force her to make a decision that will change her world forever.

I felt a blanket of peaceful love with a sense of urgency. The night air in front of me began to move; it looked like a wave gently swaying with a current. A thin light began to emerge then Landen stepped through the wave. I felt the air leave my lungs and adrenaline rush through every part of my body as my heart violently hammered in my chest.
“Landen…” I breathed.
In the darkness, I could see his haunting blue eyes widen, we were both soaked in the emotion of disbelief, along with the fear that this wasn’t real.
In that beat of my heart he’d reached my side. His hands were trembling ever so slightly as they cradled my face, and his thumbs graze the flesh of my cheekbones. He was staring at me like I was a forbidden fruit, like I was every sin in the book, desire washed over that lasting look as he leaned in and let his lips frame mine. When we melded the flesh of our lips together, his hands fell from my face and slowly waved down my body, embracing my flesh, I was doing the same to him. He was warm, he was on fire, I could hear his breaths, hear the sweet sound of our kiss, the way our clothes were moving under our touch. He was real. He was in my arms, and he was driving me wild. That first kiss was nothing compared to this, that was a dream, it was fleeting, it was something that could end at any second, this—this touch, this emotion, this pulsing of my soul was eternal.
He pressed our bodies together and held me with more strength than he had ever displayed. We both sought air more than once, but the other moved closer as soon as that gasp was taken. His warm tongue was uninhabited yet sensual as it danced with mine. I was devouring every sensation he was giving me and wanting more, so much more.
I was trembling with passion, I think he misunderstood that, he slowed our kiss, as one arm went around me and the other cradled my face. His thumb reached to my lips just as his kiss ended, he tenderly caressed the moist, swollen flesh he found there.
“I found you,” he said with the lips of an angel. His voice was deep and entrancing, those three simple words sounded like poetry as he spoke them.
His eyes danced over my image, “I love you.” he said as he leaned in and kissed me once more, this was a sweet kiss, only lips, only warm sensual lips.

The fun non boring Bio :)
I'm an obsessive daydreamer. Lover of loud alternative music. Addicted to Red Bull. I love to laugh until it hurts. Fall is my favorite season. Black is my favorite 'shade.' Strong believer in the saying: there is a reason for everything, therefore I search for 'marked moments' every moment of everyday...and I find them. Life is beautiful!


Jamie Magee has always believed that each of us have a defining gift that sets us apart from the rest of the world, she has always envied those who have known from their first breath what their gift was. Not knowing hers, she began a career in the fast paced world of business. Raising a young family, and competing to rise higher in that field would drive some to the point of insanity, but she always found a moment of escape in a passing daydream. Her imagination would take her to places she'd never been, introduce her to people she's never known. Insight, her debuting novel, is a result of that powerful imagination. Today, she is grateful that not knowing what defined her, led her on a path of discovery that would always be a part of her.