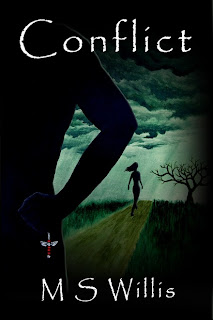 Conflict is the second book in the Control series.  This description contains spoilers for those who have not read book one in the series, entitled Control.

Private Investigator, Paige Stone has always appreciated the independence of her life, however, her world was pitched upside down when she and her roommates were attacked and nearly killed.  As a result of the attack by Chris, Paige now finds herself dependent upon Daemon Pierce for a place to live as she hides from Chris.  Paige has never lived with a man before and demands that Daemon consider her a "roommate" only, even though it goes against her own desires.

Strong-willed and arrogant, Daemon Pierce has been working hard to protect Paige from Chris and from herself.  Letting go of his life as a womanizer, Daemon tries to prove to Paige that she can trust him, even though he refuses to enlighten her as to his past.  Daemon struggles to comply with Paige's ridiculous demand to be "roommates" and quickly finds that he has fallen in love with the girl who does nothing but push him away.

Paige's emotional journey once again places her in dangerous situations and when secrets are revealed and decisions are made, Paige has no choice but to look deep within herself to see if she can finally trust the man who will stop at nothing to save her.

Daemon laid down beside me and we watched the clouds together.  I'd started to fall asleep from the warmth of the sun when Daemon turned on his side and leaned over me.  The sudden shadow caused me to open my eyes and his piercing blue eyes burned into mine as he stared down at me.  My body displayed it's usual reaction to him and he laughed while running his hands down the goose bumps.  Embarrassed by his amusement, I pointed my finger up at him and said, "We have a truce today, Mister.  No bump rubbing for you."

His smile brightened at my unintentional innuendo and those delicious indentations appeared on his cheeks.  His smile faded quickly as he continued watching me and his eyes heated.  I was motionless and breathless from his proximity and his expression was about to be my undoing.  Daemon smirked and said, "Fuck the truce," right before bringing his lips down to mine.  His kiss was gentle and full of unspoken emotion.  Our mouths moved slowly against each other and I felt drunk from the warmth building between us.  This kiss wasn't created from fire or passion, but from something else entirely.  It was the kind of kiss lovers gave each other when they are reunited after a long time apart; a kiss meant to sooth, to comfort, to convey thoughts and feelings without the use of words.  It was the kind of kiss where we were breathing for each other and devouring each other; one where there was nobody else in this world.  I was lost to him within seconds and only when it was necessary that we come up for air, did it end.  Daemon raised himself up from me just enough that the sun caught his hair, causing it to glow around his face.  I gasped as memories of my first kiss flashed through my head and I had to shake away the image of Buddy above me to replace it with that of Daemon.

A lopsided grin came over Daemon's face.  "You okay?  You look a little dazed." 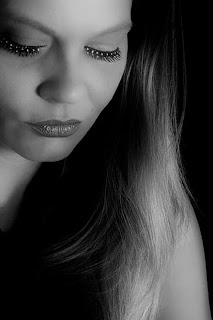 M. S. Willis is a romance novelist whose debut novel, Control, was released in 2013.  Although currently writing in the romance genre, Willis has plans to expand her literary pursuits into multiple genres and has no fear conquering difficult subject matters in her writing.  Willis is a native Floridian who is also a photographer and musician.  When not absorbing herself in written, visual, or musical expression, Willis is an adrenaline junkie, a 'closet' video game enthusiast, and an avid outdoors person and nature lover. 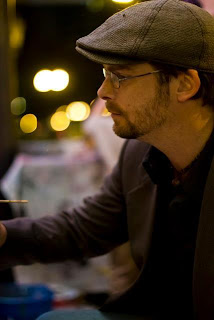 Jason L Lee is a Florida Native.  The arts have always been a big part of his life.  Science, nature, and spirituality have been inspirations to him.  He started displaying his work in 1993.  In 1996 he started to venture from drawing and photography into acrylic painting.  This led to painting live with local bands starting in 1998.  His paintings are now created mainly at home.  He uses a combination of impressionistic and illustrative painting techniques to create fantastical imagery.  He is currently a Scenic Artist working for The Nassal Company and Co-Founder of the Arts Hub Organization.