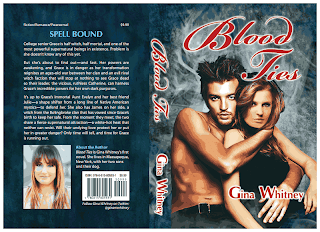 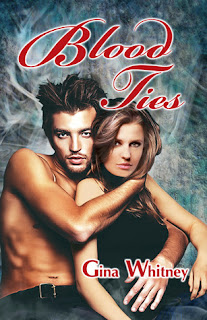 College senior Grace is half witch, half mortal, and one of the most powerful supernatural beings in existence.  Problem is she doesn't know any of this yet.

But she's about to find out - and fast.  Her powers are awakening, and Grace is in danger as her transformation reignites an ages-old war between her clan and an evil rival witch faction that will stop at nothing to see Grace dead so their leader, the vicious, ruthless Catherine, can harness Grace's incredible powers for her own dark purposes.

It's up to Grace's immortal Aunt Evelyn and her best friend Julie - a shape shifter from a long line of Native American mystics - to defend her.  She also has James on her side, a witch from Bolingbroke clan that has vowed since Grace's birth to keep her safe.  From the moment they meet, the two share a fierce supernatural attraction - a white-hot heat that neither can resist.  Will their undying love protect her or put her in greater danger?  Only time will tell, and time for Grace is running out.

In her peripheral vision, Samantha thought she saw something in the distance, coming up fast.  She broke into a jog, the plasticky tapping of her cheap work shoes filling the air as they hit the cobblestones.  She looked back and saw a tall shadow of a murky figure gliding toward her on the buildings' brick walls.  The shadow seemed to be alive, not naturally conforming to the bends and corners of the buildings.

Samantha took off into a full sprint toward the gate, calling out to whoever would hear her.  But no one heard her pleas, and the gate was still far, far away.  It seemed like the figure was right upon her, and Samantha knew she had to take a life-or-death stand.  She turned and swung wildly with her junky purse, but no one was there.  She found no relief in that, and immediately started running again, digging through her purse simultaneously.  She found her phone and tried to dial 911 as she ran, but her bouncing steps and trembling hand kept making her misdial.  Samantha hurled herself to the gate.  She made a judgement call to hide in the guard shack.  It hadn't been used in decades and was more ornamental than functional.  Time and weather had worn down its lock, making it easy for Samantha to enter.  She dropped down, afraid even to breathe for the noise it might make.  She huddled deep in a corner, keeping the door closed with her foot.

The doorknob rattled.  Samantha covered her mouth to keep from screaming.  Then suddenly a loud thud shook the door.  It was followed by a series of scratches and pounding overlaid by Samantha's manic screams.  Then, all at once, everything was silent outside the guard-shack door.

Samantha quieted down.  Her eyes, mascara dripping and running from them, stayed on the door.  Not seeing anything, she slowly leaned forward.  The glass window behind her crashed in, and the figure's hand grabbed the back of her shirt, then the nape of her neck.  It yanked her back, slamming her against a small, metal shelf populated with safety manuals from the 1970s.  They fell on Samantha like blocks of colored snow.

She threw them off and escaped the shack, running as fast as she could toward her dorm, which was on the other side of campus.  Breathless, she came upon the student counseling services building.  She could vaguely see Bao through the window.  He was on the first floor, and his back was turned to her.

Samantha was about to scream bloody murder when the figure's massive arm clothes lined her neck, collapsing her trachea.  She was laid out on her back, but could still see Boa as he turned in her direction.  He looked like he was already scared of something.  Samantha kicked at the air, but kept missing the figure that loomed over her.

At the window, Bao just missed the figure dragging Samantha into the darkness.  By then she was suffocating from her collapsed trachea, but death was too slow in coming.

Even though the figure had been instructed not to feed, it was just too hungry.  It took near-erotic pleasure in snapping Samantha's bones in its mammoth hands - first pulverizing her legs, then her arms, and finishing with her back.  Before the merciful unconsciousness of death arrived, Samantha's bleary eyes saw the killer's canines growing longer as its face came down upon her.

And that face belonged to Grace...