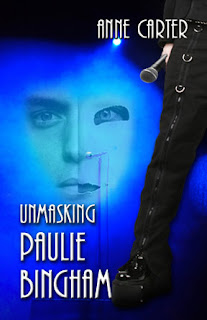 "The last thing I expected was to fall in love with a woman."

Until Katrina Newman touched his face for the first time, British pop star Paulie Bingham was content with his openly gay lifestyle.  That he could be any other way never entered his mind.  Now, with Kate tugging at his heartstrings, he begins a journey of self-discovery that will lead him through the best - and worst - times of his life.

Though her faith in him sometimes falters, Kate's love for Paulie never ebbs despite his obsessive ways, his foray into drugs and his habitual infidelity.  But will his connection to a high-profile London murder case prove more than Kate & Paulie's tattered relationship can handle?

"Our relationship is incredibly complicated.  Convoluted, some might say.  Torturous, at times.  Why didn't I leave him then?  Can anybody really answer a question like that?  I loved Paulie more than anything imaginable.  Life without him would have been more torturous.

"I was selfish, and stupid.  So was he.  We were so addicted, so utterly dependent upon each other, we feared the potential withdrawal like death.  And yet...something was clearly missing from Paulie's life.  And mine, tho I was unable to face it.  I was so focused on Paulie's misplacement that I completely ignored the fact that I, too, treaded dark waters.

"We were good at pretending, but terribly devoted.  I knew, even then, that he was suppressing his needs." 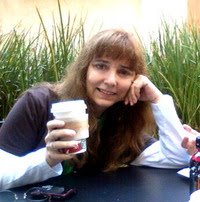 "I wouldn't want to live anywhere else,"  Anne Carter asserts, when asked about her life in Southern
California, where she's lived since she was two.  She cites the people, the weather and the beach as factors in her love affair with the West coast.  Family, too, provides an anchor to the area, which she describes as a milting pot of humanity, "rich with characters and plots just waiting to be written."

While romantic mystery and suspense are her favorites, Anne has written middle grade mysteries, literary shorts, poetry and non-fiction.  Long a lighthouse fanatic, it was only a matter of time before her obsessions intersected and a series of lighthouse novels emerged.  Paranormal elements abound in both POINT SURRENDER and CAPE SEDUCTION, where mystery, romance and troubled ghosts provide hauntingly entertaining tales set in California lighthouses.

When she is not writing, editing or promoting, Anne enjoys time with her husband and children, two happy dogs and a psychotic cat.  She is a skilled photo editor and loves restoring old snapshots and creating digital slideshows.  Watch for the third paranormal lighthouse mystery, ANGEL'S GATE, coming soon!

For more about Anne Carter and to read excerpts, visit her website or email her.