After years of trying unsuccessfully to conceive a child, Gemma Walsh discovers her husband in bed with another woman. Unable to face his betrayal, she retreats to Priest Lake, where her family owns a small cabin. But Gemma finds that she is not the only one hiding away at the lake to avoid an ugly truth.

Growing up, Andrew Monroe had been an intricate part of Gemma’s life but tragedy and misunderstanding shattered their bond, separating them, and they have lived with only their memories of each other for the past twenty years. As they rekindle their friendship, sparks ignite that neither one of them can resist, but the ghosts of the past linger between them, jeopardizing everything that they have worked so hard to rebuild.

Just when Gemma feels that she has found her second chance at happiness, she is faced with a shocking truth as her reality spirals out of control. She can’t deny the powerful force that brought Andrew back into her life anymore than she can defy the same force that now threatens to pull them apart.

An emotionally charged, heart-wrenching story that will leave you to question the freedom in truth and the existence of fate in its deepest sense. 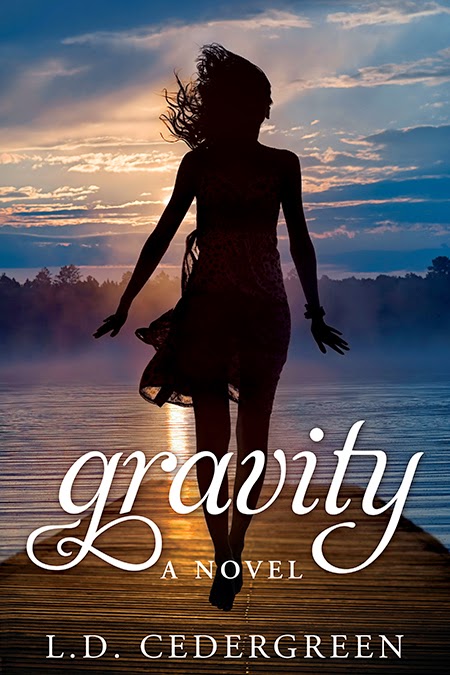 I should have noticed the charcoal-gray Marc Jacobs handbag—from last season, no less—that lay conspicuously on the entryway tile as I crossed the threshold of my eighth-floor condo where Ryan and I had lived in Seattle for the past six years, or Ryan’s suit jacket which he had worn to work that morning hanging carelessly from a hook of the mahogany coat rack, a family heirloom on his side. Instead, I was consumed with thoughts of how, undoubtedly, this was turning out to be the worst day ever.

Making my way directly to the kitchen, I frantically rummaged through the loose papers that were fanned out on the breakfast table, searching for the Hawkins file that I had mistakenly left behind this morning in my mad dash out the door. It would be this day of all days that the board of Hawkins Direct, the telecommunications company that I was representing, would call for an emergency meeting in the middle of the day. The one day that I had the absentmindedness to leave behind a key file in my otherwise flawless and perfectly scheduled world.

Tucking the file under my arm, I headed for the front door. Then I heard it. Muffled voices filtering in from the hallway that led to the master bedroom. My first thought was that someone was in my home—an intruder—which fueled my senses with adrenaline and an inkling of fear. But as I made my way down the hall, one foot in front of the other, scolding myself for not grabbing the magnum flashlight—my weapon of choice—from the drawer in the kitchen, I heard Ryan’s deep voice.

I instantly felt a sense of relief, certain that I was not being robbed—or worse, that I was about to be attacked—but when I heard a faint giggle, an unmistakable feminine tone, my fear was quickly replaced with a sense of dread. That sick feeling that instantly begins to fester in the pit of my stomach, anticipating what I would find on the other side of the partially closed door that led to my bedroom. The room where I had shared a bed with my husband of ten plus years.

I slowly pushed open the door, my eyes taking in the bare skin of Ryan’s back and the toned, tanned flesh of the small figure that lay beneath him, mostly obscured by his six-foot-four frame. I scanned every detail—from the way his short brown hair was being mussed by her dainty fingers to the rumpled duvet spread out underneath them as if they had been in such a hurry they hadn’t bothered to draw back the bedding. The bulge of his triceps, flexed from the restraint he used to hold himself above her as he moved with familiar sounds of intimacy and pleasure. Sounds that I had believed were reserved only for me.

I had never imagined another woman eliciting such a response from him. I felt as if someone had ripped open my heart and snared every private moment that I had shared with my husband, dangling it in front of me like a carrot, mocking me. Look what I have. I stood motionless, trying to process the harrowing scene before me. My eyes moved from Ryan’s naked body to the incredulous open-mouthed expression that he wore when he finally turned to find me standing in our bedroom doorway. It was as if—until that very moment—he had forgotten me. His wife. 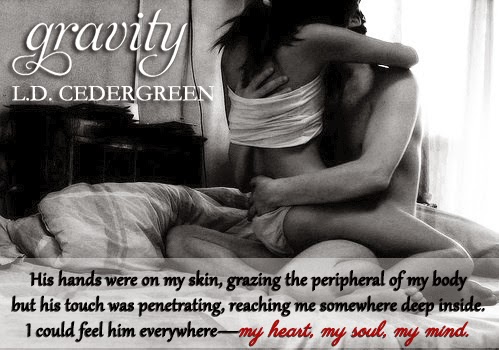 L.D. Cedergreen has always enjoyed writing. It started as short stories, and later developed into poetry–some of which has been published–and then her first full-length novel, Ripple. She’s a vivid day dreamer, a passionate reader, and a fan of all music.

L.D. Cedergreen is a small town girl at heart. Originally from Washington State, she now resides in Southern California with her husband and two little ones. As much as she would like to call herself a beach girl, she is–without a doubt– grounded by her small town roots.