Closer To You Series... 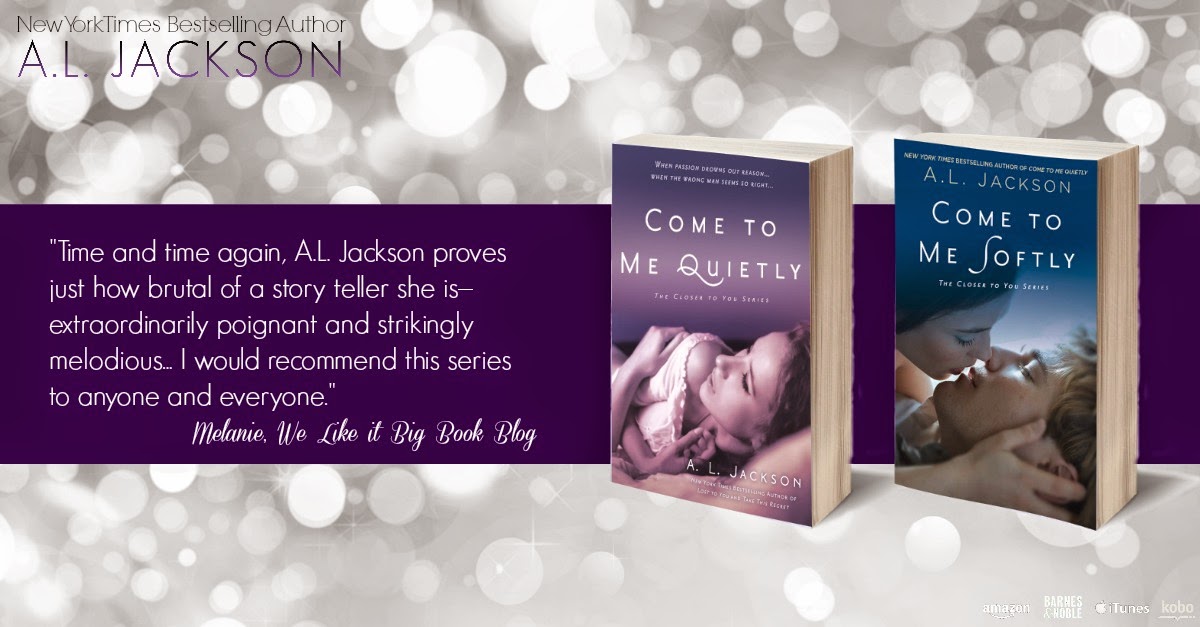 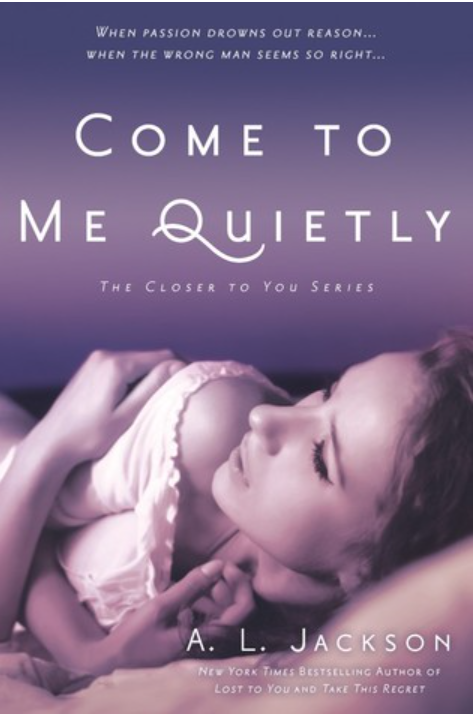 Aleena Moore is content with her life. She has goals and dreams and an easy smile. She also has a secret she holds locked inside.

Jared Holt believes he doesn’t deserve to love or be loved. He destroys everything he touches. Haunted by the mistake that shattered his life, he’s fled from the memory of that pain.

Jared doesn’t know why he’s compelled to return, but finds himself drawn back to the place where it all began. The exact place where it ended. When he runs into his childhood best friend, Aleena’s older brother Christopher, he agrees to share Christopher and Aleena’s apartment while he looks for a place of his own.

Aleena is no longer the little girl Jared remembers from his past and evokes feelings in him he never wanted to feel again. Terrified of destroying her, he fights to keep her away. But her touch is something he can’t resist—the touch that sealed his fate.

Their pasts are intertwined and their futures uncertain. The only truths they know are the secrets they whisper in the night.

Finally, I found the courage to slip my key into the lock. Quietly, I edged the door open to the darkened room. Muted light bled from the kitchen. The air inside tasted thick with the unknown. My heart rate increased as I chanced a step deeper into the room. I could hear him, the shallow breaths he panted into the room, this tension that radiated through the enclosed space. For a moment I stilled. Pictures of us playing as kids ran through my mind, the way he’d wait for me to catch up then tug at my hair when I finally did. Hurry up, slow poke, before your brother makes you go home. The memories of that boy drew me forward.

My eyes slowly adjusted to the faint light. His outline came into view, this unrecognizable man stretched out across the length of the couch. Lost in sleep, his bare chest rose and fell, the motion almost labored,
as if he struggled to get his lungs to work. One arm was flung over his face. He slept in his jeans, his feet extended at the end of the couch. The entirety of his exposed body was marked, covered in lines and colors and indistinct designs.

I edged forward. An unknown fascination twitched my fingers, and I fought with the need to feel something familiar in the backdrop of someone who was so entirely unfamiliar. I held my breath as I closed in on the
couch, inched forward and allowed my gaze to travel along his body. His eyes popped open, and I gasped as I stumbled back. He jerked to sitting, eyes wild as they worked to focus on me. They softened minimally as he took me in, roamed and searched. Even then, they pinned my back to the wall. I just stood there, breathless.

When he whispered, his voice pierced something inside of me. “Aly?”

I was a fool if I ever thought I could let it go. I blinked and tried to orient myself, forcing myself to
speak. “I’m sorry for waking you.”

He said nothing, just watched me with fiery eyes. I fidgeted and dropped my face under the intensity of his gaze. Flattening myself against the wall, I slid further down the hall and fumbled behind me to find my
door knob. I pushed it open and escaped inside because I had no idea what to do with all the thoughts that tumbled through my mind.

I stood in the middle of my room, staring at the back of my closed door. A faint glow crawled in from underneath. Shedding my clothes and damp suit, I pulled on a new pair of panties, some sleep shorts, and a matching tank. I crawled onto my bed, flopped on my back, and stared at the ceiling. My pulse accelerated as I thought of him just on the other side of my door.

Jared Holt was here. A whisper of a smile edged my mouth. He was real, no longer this veiled mystery that I’d hidden away in my heart. He breathed. He lived.

And God, if he wasn’t­ the most beautiful thing I’d ever seen. 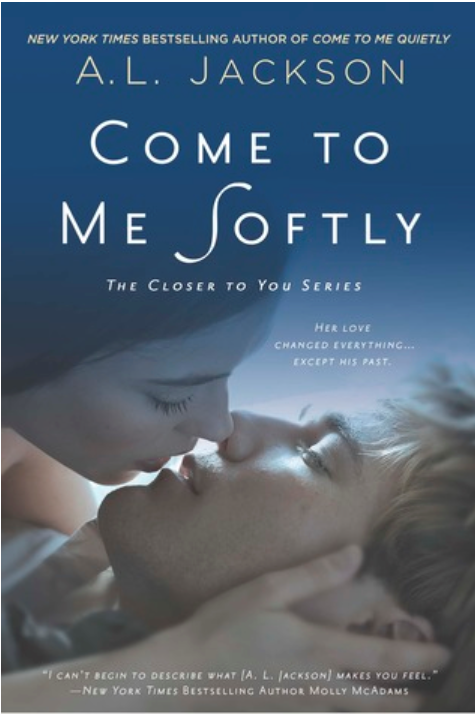 From the New York Times bestselling author of Come to Me Quietly comes a scorching new adult romance in the Closer to You series.

Jared Holt never thought he deserved either—until he found both in the arms of Aly Moore. Aly has loved Jared for as long as she can remember, and she’s more than ready for the future they’re making together. But Jared can’t help remembering his own family. And he’ll never forgive himself for what happened to them. How can he allow himself the very happiness he once destroyed?

To live a life worthy of Aly, Jared knows he has to stop running and finally put his past to rest. But when he decides to face his demons head on, he encounters more than he bargained for: a dangerous mix of jealousy, lies, and dishonest intentions. When those intentions threaten Aly, Jared loses all control, giving into the rage that earned him his bad boy reputation years before. And he’ll fight to protect her no matter what it costs…even if he destroys himself in the process.

Under his stare, I squirmed, fisted the sheets at my sides. When he stepped forward, he slowly he came into view. He towered over me. As he approached, my eyes caressed the sharp angles of his face. My attention jumped along the deformed, warped story played out on his chest and down the deep lines cut into his rugged stomach. His hips jutted out above his tight underwear, something so tempting in the way he moved. Sinewy muscle bunched and flexed beneath the color of his strong arms, bristled in the corded strength of his powerful legs. A tremor rolled through me. He was indescribable. Devastating. So hard, every inch of him, callused from the wounds that had marred his life, this terrifying beauty that held me captive, tying me
somewhere to the darkest places of his soul.
But his eyes… they were soft. Bright. Filled my own darkness with light.

A.L. Jackson is the New York Times bestselling author of Take This Regret and Lost to You, as well as other contemporary romance titles, including Come to Me Quietly, Come to Me Softly, Pulled, When We Collide, and If Forever Comes.

She first found a love for writing during her days as a young mother and college student. She filled the journals she carried with short stories and poems used as an emotional outlet for the difficulties and joys she found in day-to-day life.

Years later, she shared a short story she’d been working on with her two closest friends and, with their encouragement, this story became her first full length novel. A.L. now spends her days writing in Southern Arizona where she lives with her husband and three children. Her favorite pastime is spending time with the ones she loves.

To stay up to date with important news on A.L. Jackson, including new releases, sales, and exclusive specials and excerpts, text “jackson” to 96000 to subscribe!