All Who Are Lost Cover Reveal... 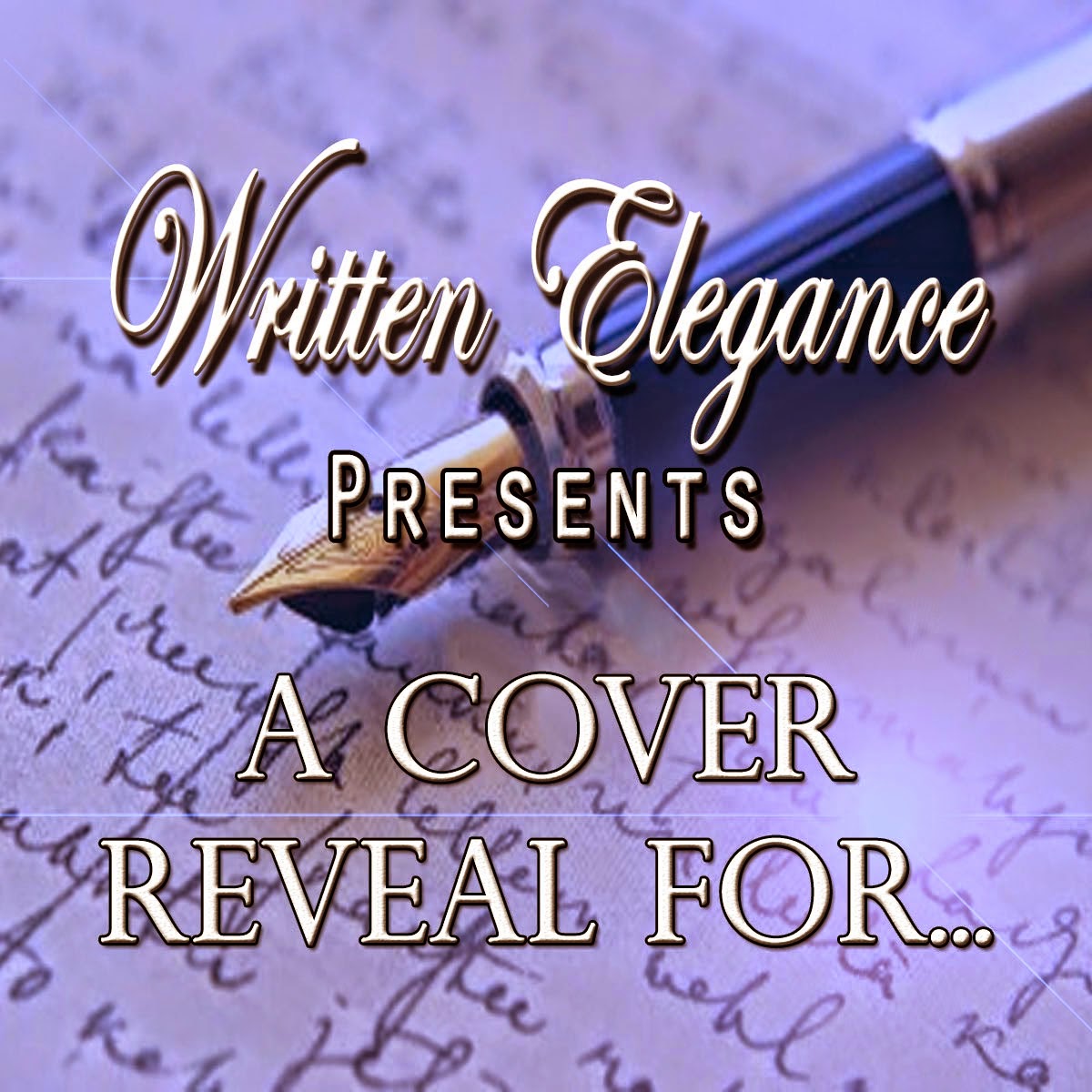 All Who Are Lost
by Lindsey Forrest 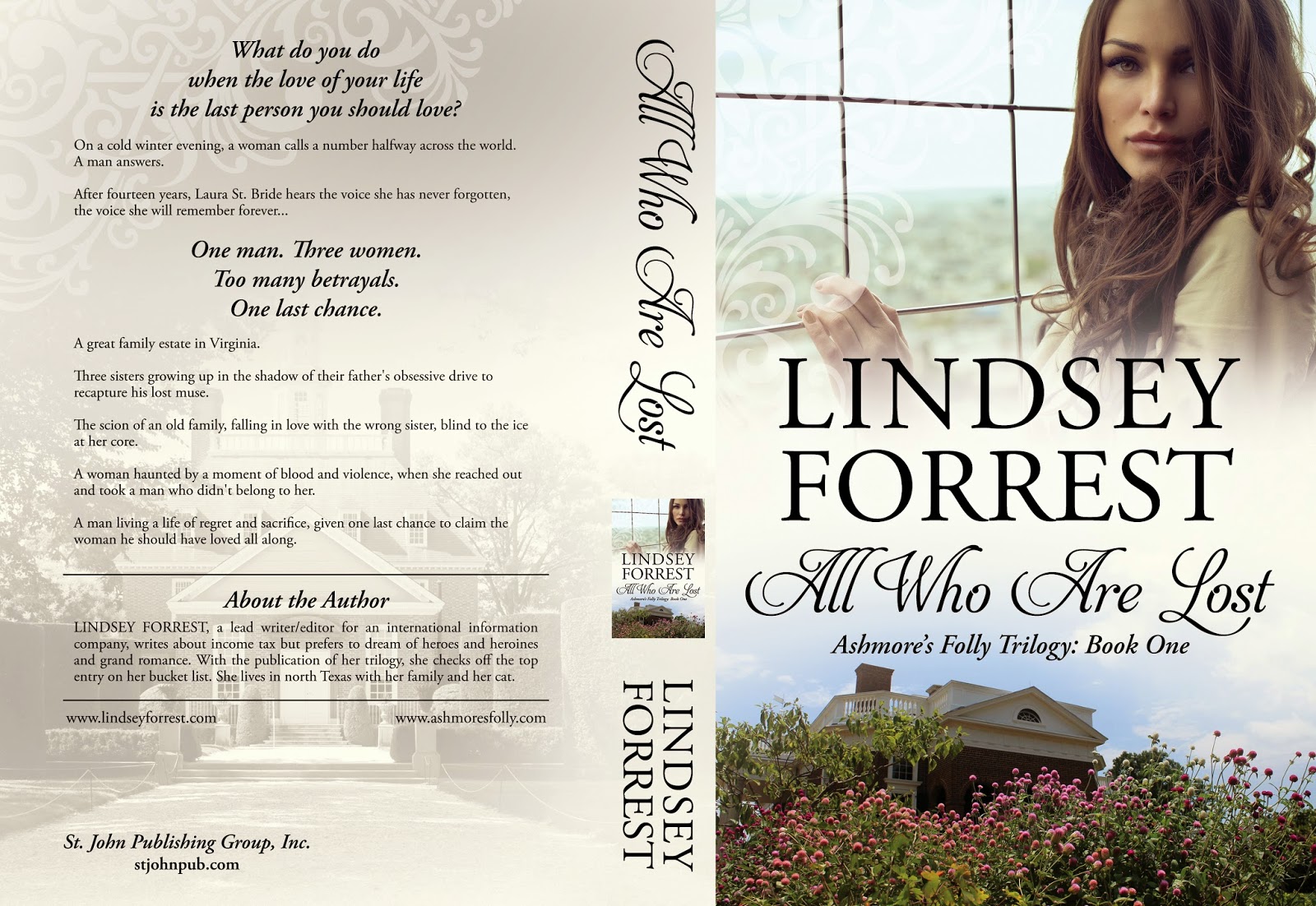 On a cold winter day, a woman calls a number halfway across the world.

What do you do

when the love of your life

is the last person you should love?

A great family estate in Virginia.

Three sisters growing up in the shadow of their father’s obsessive drive to recapture his lost muse, the woman he threw into the cold Irish sea.

The scion of an old family, falling in love with the wrong sister, blind to the ice at her core.

A woman haunted by a moment of blood and violence, when she reached out and took a man who didn’t belong to her.

A man living a life of regret and sacrifice, given a second chance to claim the woman he should have loved all along.

I know you’re out there somewhere....

She stared out across a crowded London square, unknowing, unseeing, the serenity of her face captured in the flat surface of the theatrical poster. The light noon rain ran down in small diagonal rivers across her, crinkling the smooth plain of her forehead and the gentle cut of her jaw. She wept, large, abandoned tears that warred with the lovely turn of her mouth.

The Great Cat, they called her.

Many of those who had come to Leicester Square, hunting for half-price theater tickets,


gravitated to her, beckoned by her eyes, lured on by the legend of mist and mystery that surrounded her. A few balked at the price of “An Intimate Evening with Cat Courtney.” Others realized to their sorrow that they had conflicting tickets, meals planned with in-laws, flights to catch. Three nights only, announced the poster, and this, unfortunately, was the last night.

She smiled out at them all, oblivious to their concerns, uncaring of the rain wetting her face.

The American tourist who came walking into the square, his daughter by his side, did not


notice her at first. The rain had stopped for a few minutes, and other matters engaged him: folding up a handy umbrella, glancing at his watch, reading a guide book over his daughter’s shoulder. For one minute longer, he remained merely a tourist on a much-needed vacation. For one minute longer, the Great Cat never crossed his mind.

But the Great Cat could wait, and for this man she would wait forever.


She had left him a decade before, both of them reeling from the blood of their folly, in a


deserted cottage on a desolate shore on the other side of the world. Had she eyes to see, she would know him instantly.

Eventually, respite ended. Eventually, Richard Ashmore lifted his head, his eyes scanning across the theatrical posters, in search of an evening’s entertainment suitable for a young girl. The titles made little impression – Les Miserables, The Graduate, Noises Off – until he saw her and everything around her blurred into oblivion.
He knew her too, instantly.
Laura.

His worst mistake.
e
“Dad?” Julie touched her hand to his. “Do you think we can get tickets?”

“We can try.” Richard closed his fingers around hers, a talisman to ward memory off. “Don’t


get your hopes up, Julie. Her concerts usually sell out.”

“Let’s ask over there,” suggested his daughter, pointing across the square to the ticket kiosk.


“Maybe someone bought tickets and can’t go. Maybe someone dropped their tickets, and someone turned them in. Maybe —”

“Maybe, maybe, maybe,” he teased, but already he was allowing her to drag him across the


stones towards the waiting queue.

They took their places in line. Julie was glowing with excitement, the happiest Richard had


seen her since the morning before her grandparents had died. He was less optimistic. Others ahead of them had requested tickets, and the possibility of stray tickets lessened as they moved up the line. He sought to cushion her against disappointment by letting her plan the afternoon. They were only a couple of blocks from the National Gallery, or would she prefer to hop the tube
for Harrods?

“Harrods,” said Julie immediately. “And tea, Dad.” She leaned in against him to look at his


guidebook. “I have my birthday money from Lucy. I want to get something to wear to the concert.”

“Keep your money, kitten.” He wished that they had never seen the poster. Selfish, yes, but if


meeting her eyes in a poster disturbed him, how would he feel to see her again, even in the black anonymity of an audience? Better not to know, better to go back to an occasional evening of listening to her songs in the dark and trying to make some sense of what had happened.

And Julie had endured enough recently.

They were second in line now, behind a couple attempting to get tickets to the latest Andrew


Lloyd Webber. Good luck, thought Richard, who had tried for three months. They bought him a few minutes of reprieve while they settled for a sex comedy instead.

“Two for Cat Courtney,” he said, and if the gods had been with him, just this once, he would


have been told in that inimitable British way, Sorry, sir, but that show has just sold out....

“Yes, a few tickets have been turned in,” and his fate was sealed. He and Julie looked at


the seating chart. She sparkled as she so seldom did, and as he paid for the tickets he thought that he would bear any pain, any guilt, to see that look on her face.

“Those are good seats,” said the man behind him, another American from the sound of him. “I’ve seen her before, and she’s worth twice the price.”

Julie forgot her usual shyness with strangers. “I can’t wait! I’ve wanted to see her for so long

A woman with a Southern accent said kindly, “You know, darlin’, you’re just the picture of

And Richard Ashmore looked at the tickets and realized, with a shock, that it was June 9,


and he had been married for seventeen years.
e


In his life, Richard Ashmore had made three mistakes with women. Not that three was so unusual; no man reached his thirties without suffering the particular pain that women could inflict and without inflicting it in return. He was luckier than most men, perhaps, for he had erred early and grievously, and caution had been driven into him like a bullet. He carried with him permanent reminders of his follies: a marriage gone disastrously wrong, the painful


conscience that he had not always been the upright man his daughter loved, a shoulder that ached in cold weather.

Ah, Diana, unattainable once attained, a monumental mistake made in all the first flush of


adolescent desire and pride. Too young to marry, too blindly in love to recognize the ice behind her eyes, he had turned a deaf ear to his father’s warning that his princess was hollow at her core.

Francie, silver-quick smile and hungry eyes, and his own need for the warmth of a woman’s arms. The dangerous combination of a magnum of champagne on New Year’s Eve and three years of exile from his marriage bed had erupted into a springtime of madness. The gods had demanded their due: a marriage wrecked beyond salvage, a family foundered, two young women cast adrift.


And the third.... Oh, but even now, all these years later, he stood before her picture, and he


still did not understand. She watched him from the poster, more animated in flat gray and white than he had ever known her. But he knew those eyes. He knew how they adored him, how they burned in fever and desire, how they haunted odd moments of the day and dark pockets of the night.


implied and unkept, for wild autumn hair spread gloriously across a pillow, for tall, elegant figures and clear, sweet voices and beguiling, destructive ways. They all three had this and more in common, and why not? They were sisters, after all.
e 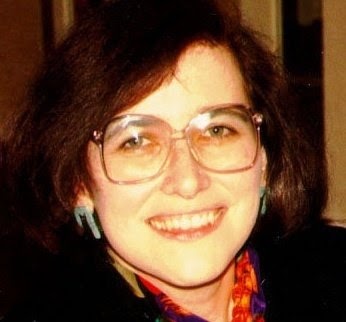 Lindsey Forrest, a lead writer/editor for an international information company, writes about income tax but prefers to dream of heroes and heroines and grand romance.


With the publication of her trilogy, she checks off the top entry on her bucket
list. She lives in north Texas with her family and cat and has a five-year plan
for becoming a full-time novelist and editor of indie fiction. When she isn’t
working or writing, she amuses herself with reading, needlepointing, tramping
around historical sites and houses, and outbidding everyone who gets in her way on Ebay.