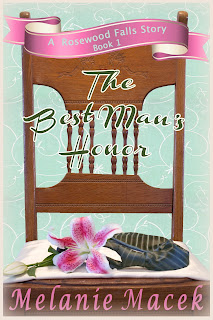 Lily Foster married right out of college. After three wonderful years of marriage, her dreams are shattered by an impulsive decision. Unable to forgive, she immediately files for divorce and hasn’t seen her ex-husband since. Now her friend Flora Magnus is getting married, with Lily as her maid of honor. The privilege turns into a nightmare when she finds out her ex is the best man. Can she survive a week of wedding preparations with Joe’s presence as a constant reminder of what she lost?

Joe Foster accepts the duties of best man for his long-time friend Bryson Mitchell knowing it could cause the maid of honor to bolt. Joe hopes he can get Lily to at least talk to him during the week they’ll be together. For three years he’s longed for a change to just talk to her. When he finally discovers the full reason why she left, will he be able to convince her to give their relationship another shot? Or has his honor been tarnished beyond repair? 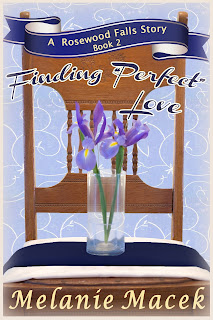 Iris Sharpe is a Charleston born Southern belle filled with poise and grace now living in Denver. Her mother wants her to move home and marry into an established southern family. Iris only has eyes for Thorne, the man who causes her poise and grace to disappear whenever he comes within ten feet of her. The man who would fulfill all her dreams if she could just stop spilling her drinks on him and literally falling into his lap. Flora’s wedding might be her last chance to show him she really can be the woman of his dreams.

Thorne Hamilton can’t wait to spend the week with his friends and enjoy their company and celebrate Bryson’s wedding. He’s also secretly anxious to see what Iris will do next. The guys constantly rib him about his cleaning bills, but truthfully he likes the attention Iris gives him even if is at the expense of his wardrobe. Immersed in wedding preparation, not only does Iris practically ignore him throughout the week, she doesn’t spill or drop anything on him. Thorne realizes he not only misses her attention, he wants more from her. He wants the whole package.

The One Who Said No (Bk 3) Available Now 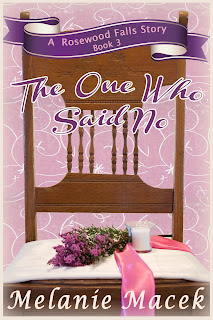 Finding a man has never been a problem for Heather Baker. Smart and beautiful, her friends tell her she should have been a lawyer instead of a Hollywood set designer. Determined to have fun at Flora and Bryson’s wedding, she’s set her sights on Colum Murray. They’ve flirted for years, but one or the other never seemed available for a weekend fling. But what Heather expects and what she gets are two totally different things. She fears she could fall for Colum, something she never intended.

Arriving for his friend Bryson’s wedding, Colum Murray knows he’ll be fending off the advances of Heather. Which is something any sane, single man would tell him was a stupid idea. Colum doesn’t want to be just another notch in Heather’s belt, he wants to be more. Instead of being just another man to her, he sets out to show her how it feels to be courted. When he decides to ramp up the heat between them without removing a stitch of clothing, Colum’s plan just might backfire on him.

Flower girl and ring bearer duties bring Sam and Daisy’s children together. Sam’s had a thing for Daisy since they met. Can Daisy let go of her fears long enough to realize Sam just might be the one she’s been looking for?

Family and friends witnessed her devastating humiliation, including Evan, the man she secretly loved. After the debacle of her failed engagement, Aster decides she’s done with men. Evan, however, has other plans. Will she take one more chance on love?

Flora and Bryson’s wedding is the perfect opportunity for Flora to help mend her friend’s broken hearts. While she’s busy working out their love lives, she feels hers is crumbling. Bryson is too perfect, too caring, too loving. Everything a woman looks for but she’s unable to fulfill all his dreams. Bryson has felt the underlying tension for months. Flora won’t talk about it until he received information from an unlikely source. 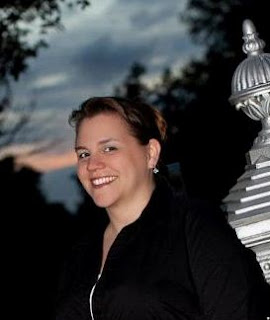 Melanie has been writing in some form or another as long as she can remember. From songs to plays (a bad one) to poetry (not her forte) to romance, the urge to write has always been there. She read her first romance book at the age of 13 and hasn’t looked back. A voracious reader, Melanie has been making an effort to expand her reading horizons, thanks to forced college papers. Other genres have captured her imagination, but Romance will always hold her heart.

A native Californian desert rat, Melanie has lived over half of her life on the Texas Gulf Coast. Braving mosquitoes, humidity, and the occasional voluntary hurricane evacuation, she and her husband and their two 4-legged children – who have their own page on the blog – spend time with family, friends, and planning their next travel adventure. She writes in most of her spare time and always makes sure to take a pen and paper with her just about everywhere she goes.

You can find her at: 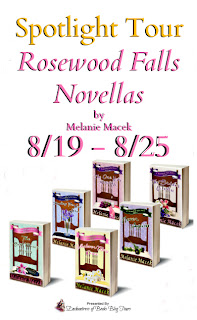