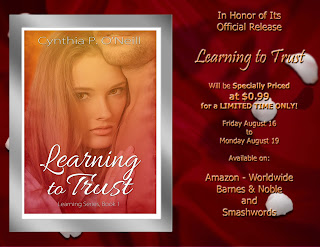 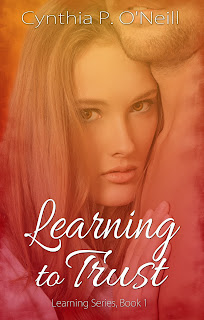 When Garrett Andrews finds something that catches his eye, he goes after it, letting nothing stand in the way of what he wants to possess. The first woman to arouse his heart could be the one person who helps him to finally open up and feel again.
Laurel Hart was a swimming champion until a frightful event and unknown health issues derailed her career.  With a recent degree from MIT in Bio-Medical Engineering and an offer to join one of the leading innovators of medical equipment in the world, she plans on making a new life for herself; letting nightmares from her past stay in the past, or so she thinks.
Neither of them wants to date, but she finds herself drawn to him and Garrett uses every excuse to be near her. ’s afraid to let anyone get close, but finds solace in his arms. Garrett is finally able to be himself around someone. Together, they discover a connection that manages to soothe both their souls and starts opening them up to new possibilities.
Once Garrett finds out about ’s past, all rules in regards to "relationships" are changed, because one false move could drive her away. He attempts to calm her nightmares and gain her trust so he can show her who he really is and the relationship he desires from her.
Will they be able to overcome the damage their hearts have encountered?  Can they find happiness? Can they trust their minds or will life throw each of them another curveball? Only time will tell if they can learn to trust.
Amazon :
http://www.amazon.com/Learning-Trust-Series-ebook/dp/B00EAE6Z4W/ref=sr_1_1?ie=UTF8&qid=1376099422&sr=8-1&keywords=learning+to+trust+by+cynthia
Amazon :
http://www.amazon.co.uk/Learning-Trust-Series-ebook/dp/B00EAE6Z4W/ref=sr_1_1?ie=UTF8&qid=1376256698&sr=8-1&keywords=learning+to+trust+by+cynthia
Amazon :
http://www.amazon.ca/Learning-Trust-ebook/dp/B00EAE6Z4W/ref=sr_1_1?ie=UTF8&qid=1376256746&sr=8-1&keywords=learning+to+trust+by+cynthia
Barnes & Noble:
http://www.barnesandnoble.com/w/learning-to-trust-cynthia-p-oneill/1116292058?ean=2940148512035
Smashwords:
https://www.smashwords.com/books/view/345752
Goodreads:
http://www.goodreads.com/book/show/18170438-learning-to-trust

He pulled his phone from his pants pocket, typed some words rather quickly, and then returned it to his pocket.
“What are you doing?” I wondered aloud. I sincerely hoped that wasn’t about me.
“Nothing you need to concern yourself with.  Just had a thought that I’d like to run by someone and wanted to jot it down before I lost it.”
”Just so you know, I don’t like it when people are secretive around me.  It makes me nervous and I tend to push people away.”  I don’t know why I was being so upfront with him, but, this phone messaging had me on edge.  I can’t stand secrets.
He walked towards me with a wry smile and backed me slowly against the wall.  He leaned into me, tracing his nose up my neck, and I heard the closet door close.  “I like that you’re feisty, , makes life more interesting.”  His hands came to rest on the wall along each side of my head, caging me in, as he continued to trace his nose up to my face, across my chin, and down the other side of my neck.  His tone in his voice became sultry. “Do you still trust me?”
The electricity between us hung heavy in the air.  It was so palpable you could taste it. My skin was on fire from his touch.  Every synapse of every nerve ending was firing off rapidly and my breathing continued to accelerate.  Something felt dark and dangerous about Garrett, but at the same time, I’d never desired anyone more.  No one had ever managed to elicit the kind of reactions he was driving from my body.
He leaned in closer, his body molding up against mine. “Are you going to answer me?” he whispered in my ear, his voice becoming a little more commanding.
My eyes closed, trying to make sense of what I was feeling.  Just his voice and soft touch made my head spin; I was thankful that I had the wall to lean into for support.  I finally found the strength to answer. “Yes,” I murmured.
His lips began to nibble on my left earlobe. “Yes, you’ll answer, or yes, you trust me?”
“Yes, I trust you.”
His hand began to caress my face as his lips continued their assault on my earlobe and neck.  “Do you have any idea how breathtakingly beautiful you are tonight?  You’re driving me crazy.”
My head began to spin as his lips moved up across the side of my cheek to my chin at an achingly slow pace.  At the same time, his right hand started to travel down my neck, where his fingers traced the low neckline of my dress.
My heart raced as the palm of his hand brushed gently across one of my breasts.  I was surprised by how heavy my breasts felt.  I could feel my nipples harden, straining against the fabric of my bra.  Soon his lips were pressed hard on my mouth, tugging at my bottom lip.  “Ahh,” I moaned as his tongue plunged deeply into my mouth, sending my mind scattering to the heated overload of sensation my body was feeling.  Our mouths began to move in perfect unison with one another.
My conscience screamed at me. Tell him to slow down.  You know this is moving too quickly.  What are you thinking?!
I tried to move away, ever so slightly put some distance between our bodies, but his hips pressed harder, grinding into mine.  His erection felt huge, bulging out hard from his slacks and pressing up against my belly.  I couldn’t believe how much this man wanted me and was surprised that my body was responding with unheeded desire for him.
Garrett finally pulled back long enough for us to take in deprived lungs full of air.  After a few more breaths, I asked, in a rather shaky and exhaustive tone, “Can we please slow things down a bit?”
Both of his hands rose up the wall to rest on either side of my head.  He took a few more deep breaths and kissed me chastely on the lips before resting his forehead against mine.
“My apologies, , I don’t know what came over me.  There’s something about you that makes my body respond so intensely.  I’m like an alcoholic drawn to your intoxicating beauty and scent; I just can’t seem to get enough.  I’ve never had this kind of reaction to anyone before.”  He paused for a moment, taking in a deep breath to clear his mind. “I agree, though, we need to take things slower.”
He lifted one of my hands towards his lips and kissed it gently before placing it atop his shoulder.  He repeated the same thing with my other hand, indicating he wanted me encircling his shoulders.  Then he cupped my face with his own hands and leaned in for a gentle kiss.
The tenderness of this new kiss made me feel more secure in his arms.  We continued this way for what seemed like an eternity, until I heard the door open and Hannah walk in calling, “?  Are you here?”
We both pulled away from the wall.  He had a quizzical look on his face, as if he’d forgotten we were in the closet in my dorm room. “Roommate?” he whispered.
I nodded in response. What are we supposed to do now? Wait her out?
We waited to hear what she was doing.  As soon as we thought the coast was clear, we tried leaving the closet, only to find her standing there with her arms crossed and smiling up a storm, knowing she’d caught us.
She didn’t wait for an introduction, but stuck out her hand to Garrett. “Hi, Handsome, I’m Hannah, ’s roommate.  And you are?”
~~~~~~~~~~~~~~~~~~~~~~~~~~~~~~~~~~~~~~~~~~~~~~~~~~~~~~~~~~~ 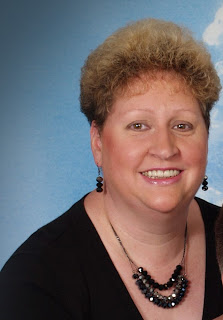 Cynthia P. O’Neill grew up in , and moved to to attend college.  There, she married her friend, love, and soul mate and still resides there with their amazing son, and a feisty, four-legged little boy.

In her books, Cynthia draws on her background in healthcare and business, along with her husband’s engineering knowledge.

Several years after she got married, she started dreaming about the characters in I Remember.  It took eight years before she decided that it needed to be told.  With the encouragement of family and friends, she decided to bring Jordan and Gregory to life in a series of Young Adult, Paranormal Romances with a Historical bent.  I Remember is the first book in the Remembrance series.

Cynthia’s first book is geared towards the Young Adult, Historical and Paranormal Romance fans. She does hope to grow as a writer and write in multiple genres.  Her second series; is a steamy romance called Learning to Trust, part of the Learning Series, coming out in August.

She tries to make her writing very personal and close to her heart. Regular life is the inspiration for her books, but her imagination takes them to new heights, opening up possibilities that would normally not exist.

To learn more about the author, please visit Cynthia’s website at: