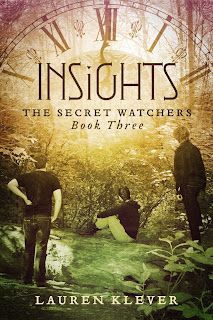 Owen Ryer thought he was normal.  He thought his life was boring.  A walk into a pawnshop in eighth grade showed him that his life was a lie.  Two years later Owen has accepted how far from normal he really is.  He has a special gift, granting him the ability to see dark energy in the objects around him.  Now he’s part of a secret society where people like himself help others and fight the dark watchers who want them for their powers.
Owen has discovered that a Secret Watcher does not have to live his life alone.  He knows that he can expand his powers by working with other watchers but what will the price be?  Darkness is growing and evil thinks it has found its new prince in Owen.  They will stop at nothing to get to him even if it means kidnapping, mind-control or murder.
Owen must do more than fight; he must use his wits and every ability he has at his disposal to hold the growing darkness at bay.  Who knew high school could be more challenging than football, homework and relationships?  The dark side knows… and they’re watching. 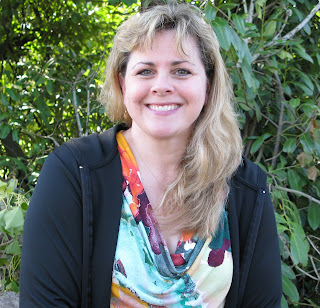 I’ve always been a writer but let me tell you, it’s lots more fun when I can make the choices about where a story is going.  I’m also a teacher so I get that we have to have students meet certain criteria, but as a kid... I hated being told what to write.  The good side of growing up is that you can write whatever you want.  The down side... Now I can’t read it without my glasses!

My Secret Watchers series is about young Owen Ryer who discovers he has a special talent for seeing the darker side of life.  The things he is driven to do are not only dangerous but have to be kept a secret.  I sat down with my boys and began brainstorming based on some of our favorite characters from literature.  Wizards, vampires, werewolves, and the son of a god had already been done... so what was left?  Hello, special ability!  Mix in some unique features, some good friends, a strong mentor, helpful adults and voilà, I hope a star is born!  I’ve never been bitten by the writing bug with such vengeance and book one was completed in only six weeks!  Ten weeks later book two was complete and I’m now finishing book three and at work on book four with plans for five books in the series.

Personally, I’m drawn to all things ‘action-adventure’ in film and literature.  Notice I didn’t say ‘real life’?  No bungee jumping, cliff diving or parkour for me.  I’d likely kill myself as I’m a klutz.  Skydiving? Nope!  I’d be the one to fall out of the plane without a parachute.  My oldest and I have taken karate together and I’ve spent hours watching both boys participate in a variety of sports, including parkour, without incident, unless of course you count occasional broken toes.  I have created a character who is much braver, tougher and more graceful than I am.

It’s my wish that you, the reader, have at least half as much fun and connection to these characters as I have as I wrote them!  These books are for my family, friends, students and mentors.  Big hugs for you all!  We can be better – together!  Relax, enjoy and dream big!  Only you know what your tomorrows can hold!