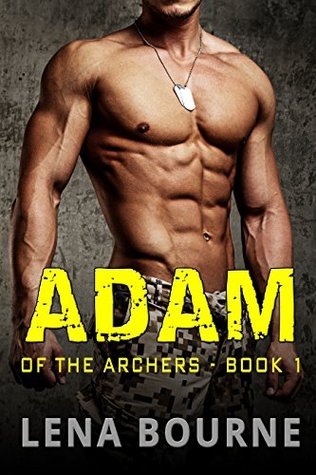 
One week spent together in a secluded cabin. Two people scarred by their pasts. Can a chance encounter lead to love? Or is it just a moment in time, insignificant once it passes.
Taylor has just returned from a romantic vacation with her boyfriend. But instead of an “I miss you!” text from him, she gets one that’s clearly meant for another woman. Which is the only reason she lets a hot stranger kiss her on the sidewalk. It’s the one and only time they’ll ever see each other, so why not?
Adam is used to living life on his own terms, from leaving home at 16 to join the military, to returning now, eight years later, to take care of his mother. After that, he’s packing up and leaving again. The last thing he planned on was falling in love with a girl at first sight. But there she was, and now Taylor’s all he can think of.
They may be perfect for each other, but they both have pasts that will not stay buried, no matter how much they want them to. And when Adam’s dark past comes crashing between them, one week seems like a very short time. Even if it is a week of love, pleasure, and belonging like neither of them has known before.
Genre: BBW Romance, Military romance, New Adult Romance,

Adam had a bad childhood which led him to enlist in the Marines at a young age.  Now he’s back and trying to pull his family back together that is until he meets Taylor.  Taylor has been in a bad relationship for a while until the night she meets Adam and finds out that her boyfriend is cheating on her but won’t admit it.  Are these two pulled together by fate?  Will they open up to each other about the things of their pasts?  Will everything work out for the best?
So this book has been sitting on my kindle waiting to be read for a long time.  I can’t believe I didn’t read it sooner.  So the characters are well written and easy to relate too.  The plot is extremely well thought out and it is difficult to figure out where the story will go until the end.  The pace seemed a little slow but it all flowed well.  I absolutely loved the authors writing style as well.
I can’t wait to read more of this authors work.  She was able to pull me into a world that I felt kind of at home in.  We all have things in our pasts that we can’t let go of.  Meeting that one special person can help us open up and let go of those miserable moments and cling to the future.  I have been where these characters have been…maybe not the same exact situations but the feeling…and had somebody who was able to help me out while I helped them.  We still help each other out of those miserable spots all the time.   Without them in my life I wouldn’t be where I am today, so I owe them everything!
4.5 stars!
Posted by Ashley at 11:30 PM