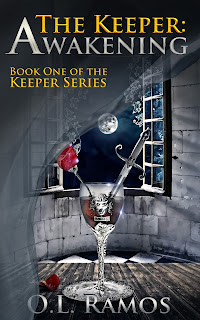 is a brilliant loner with a troubling secret she doesn't even know. As if the trauma of her mother being abducted before her eyes as a young girl wasn't enough, the small town she lives in thinks she’s crazy. That all changed when she met Michael, a mysterious and handsome man who identified with her like no one else before. Michael’s long time friend Vincent visits and drops the bombshell of a lifetime on and her world becomes completely unraveled.

Vincent’s information has revealed the world for what it is; a place where the impossible is real, and myths and legends walk slyly in shadow. A world that will learn she too is a member. Now, the three are caught up in a thousand year long conspiracy they never could have imagined. The three must rely on one another and the secret connection they all share if they have a chance to survive. 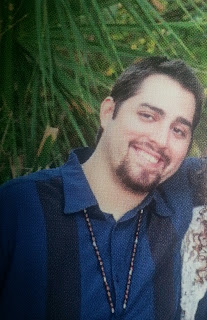 O.L. Ramos was born in to Cuban immigrant parents. From a very young age he found himself drawn to books and telling stories to anyone who would hear it. His job titles have been so diverse, from being a sales manager to a retail giant to even being a deputy sheriff, but his love of the written word never left. After a work related injury as a deputy sheriff forced him to tone down his workload, he was able to use that as an excuse to finally dedicate his sole focus to writing