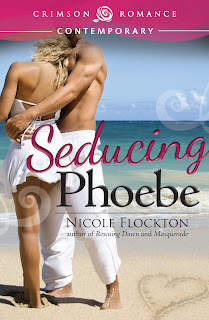 Phoebe Fitzgerald is about to marry a wonderful man—that is until her ex turns up and declares his undying love for her. Confused about her feelings, she calls off her wedding to Marco Petronelli.

Marco knows his offer to wed Phoebe isn’t a love match, but he cares for her and believes the compatibility they share will be enough to sustain their marriage. He is forced to admit his emotions go far deeper when Phoebe calls off the wedding, and now he will do almost anything to make her realize they are meant for each other.

Can he convince Phoebe that their relationship is worth saving? Or will secrets from both their pasts be too much to overcome?

On her very first school report her teacher said ‘Nicole likes to tell her own stories’.

It wasn’t until after the birth of her daughter and after having fun on the community board of eharlequin.com that she finally decided to take the plunge and write a book.

The stories she writes are contemporary romances with either a medical setting or in the boardrooms of high powered business. Nicole enjoys taking two characters and creating unique situations for them.

Apart from writing Nicole is busy looking after her very own hero – her wonderfully supportive husband, and her two fabulous kids.