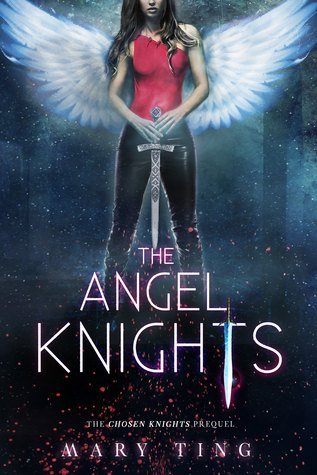 Spin-Off to Crossroads Saga - Prequel to The Chosen Knights.
Can be read as stand-alone
Michael and Claudia’s decision to move back to Crossroads was to keep their children safe, but they can’t escape who they are. Their children, Zachary and Lucia, were destined to be demon hunters—Venators. From the age they were able to hold a sword, they were trained to become the best and to ensure they would become leaders one day.
All is peaceful throughout the land until the Fallen and demons’ presences were felt in the between and on Earth. As the Venators investigate these locations, they will quickly learn how dangerous their lives are. Hearts will be broken. Teammates will lose their lives. And they will face obstacles which will test their faith.
As danger grows, the fear of fallen angels and demons regrouping has the Divine Elders on pins and needles. Now, Zachary and Lucia, along with Uncle Davin, must prepare themselves—mentally and physically—to live on Earth to investigate where the focal point of evil resides before it’s too late.

So I have several of the books in this series on my kindle.  I believe this one was a prequel to the series.
Anyways, this is the story about what happens before brother and sister, Zach and Lucia, are sent to live in Hawaii as well guardian angels.  Their Uncle is sent with them.  There are battles and demons through out this book.
While it was short it was the perfect introduction to these characters.  I loved the characters.  I enjoyed the plot.  The writing style was fun and different.  I did have some issues with the flow and the pace but nothing to knock it down too much.  I look forward to reading the rest of this series now.
4 stars
Posted by Ashley at 12:30 AM