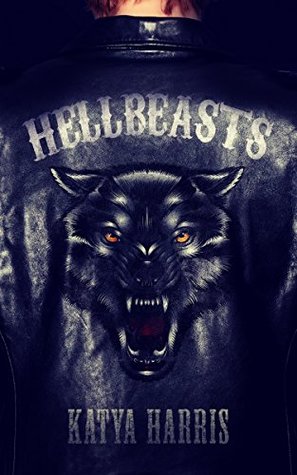 When restlessness drives Shadow out of his MC's clubhouse and into the night, the last thing he expected was to find a half-dead werewolf. Shadow has never been known for his altruism, but he takes the wounded man back to his motorcycle club, the Hellbeasts. Rand doesn't know who attacked him, but suspects at least one person from his own pack is involved. But even that might not be as bad as waking up in the midst of a group of misfit weres who don't seem to like him. Especially Shadow, the man charged with taking care of Rand, as compelling to Rand as he is frightening. But before he and Shadow can work out what exactly they are and want to be to each other, Rand's attackers show up to finish the job.

Rand is deserted in the desert after being brutally attacked but he doesn’t remember anything.  Shadow finds him saves his life more than once.  Will these two alpha/dominant wolf shifters survive the Hellbeasts MC or will there be a fight?  Will Rand go back to his pack or stay with Shadow?
I loved the characters and the story.  Now this is a M/M shifter MC book, I know confusing, but not really.  I don’t mind shifter books and love MC books.  However I’m not overly fond of M/M books.  This one was written well though.  I didn’t love it but I didn’t hate it.  The story was unique.  The characters were well written.  The flow and pace worked well along with the story.  But the writing style is what kept me from hating the M/M aspect of this book.
I will totally be looking for more books in this series or by this author.  I truly enjoyed the story.
3.5 stars
Posted by Ashley at 11:30 PM