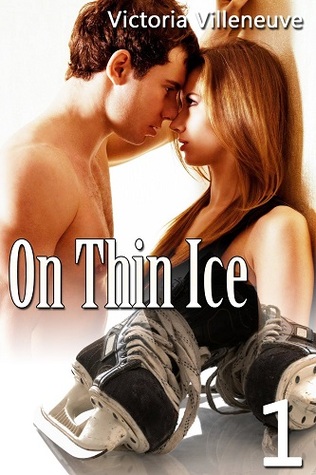 Kylie thought her life ended months earlier when the night from hell turned her world upside down. Instead of finishing medical school, Kylie became an alcoholic. Her parents forced her into a rehab center, and when a strange new man shows up to group therapy, Kylie feels something for the first time in months. It turns out the handsome stranger is none other than Daniel Ross, captain of the Seattle Sea Lions hockey team. He and Kylie are drawn to each other, each with a dark part of their past they’d rather forget. But will the fear of exposing themselves make them run from each other as well?

Kylie is in a rehab center for alcoholism that started after some sort of accident.  She has no intention of ever leaving the place, that is until she meets Daniel who checks in for pill popping.  Can the two of them start to heal each other?
I love the characters and the background of the story.  The plot is decent and well written.  The book flowed smoothly and the pace was great.  But it definitely leaves you wanting more from the book.  I didn’t realize this was a serial or series and it ends with lots of questions.  I look forward to grabbing the next book to find out what happens next!
4 stars
Posted by Ashley at 11:30 PM