Someone To Come Home To... 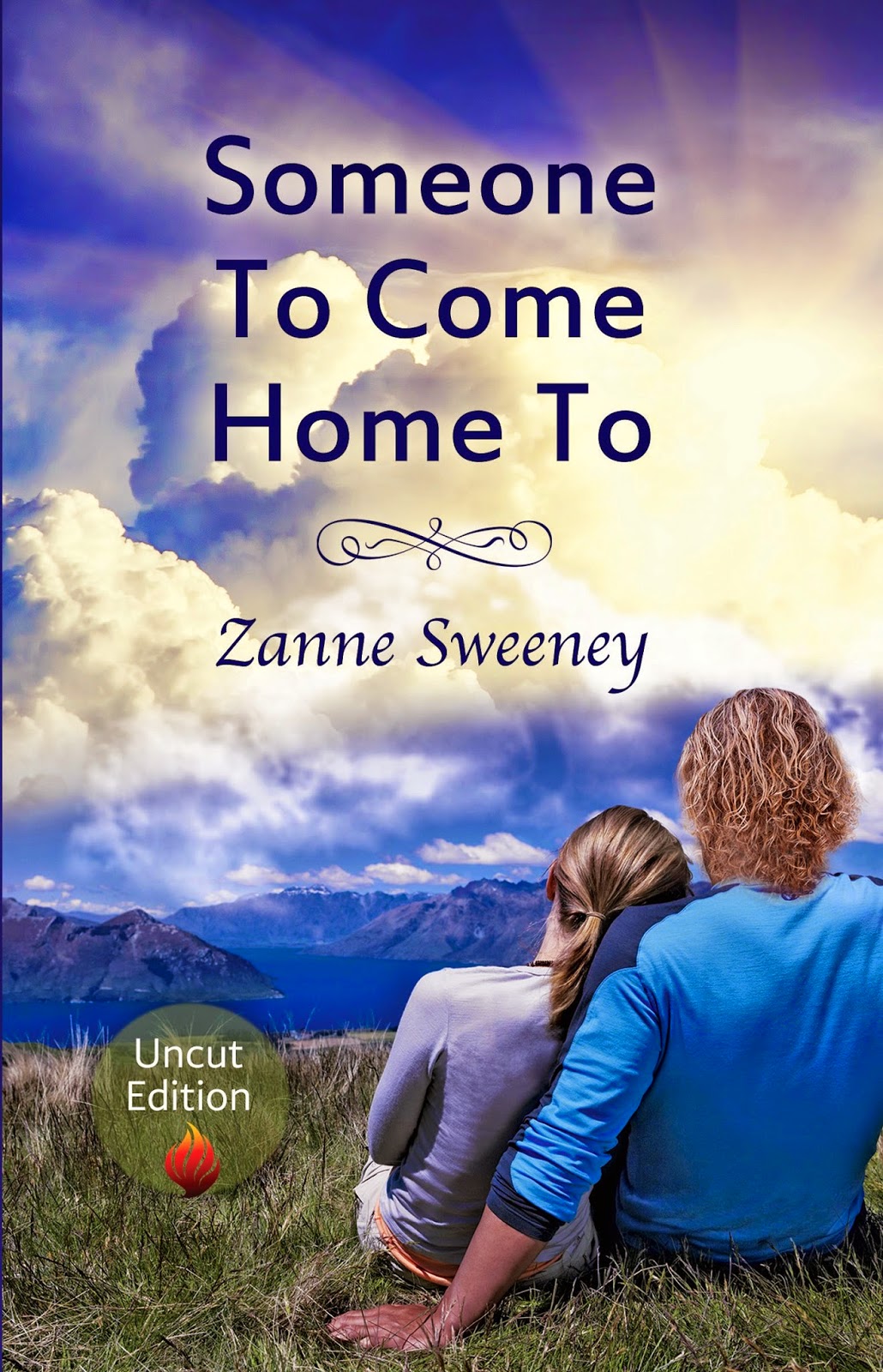 A romance novel packed with suspense and intrigue. Placed into Witness Protection, Kit Taylor, formerly Karen Sue Murphy, now a self -imposed loner, slowly pieces her shattered life back together in beautiful Steamboat Springs Colorado. Jess Ryan, a firefighter and Explosive’s Expert just back from Afghanistan, is haunted with demons of his own. When they meet the attraction is undeniably.  However, unwitting influences jeopardize their new relationship. Separate and equally dangerous undertakings lead them into perilous situations that test their courage and
ultimately their love for each other.

This romantic thriller is offered in two versions. The Uncut Edition contains adult content and is intended for mature readers. The Abridged Edition is a milder in content.

Someone To Come Home To (Uncut Edition)
http://www.amazon.com/Someone-Come-Home-Zanne-Sweeney-ebook/dp/B00LBIKG1S

Someone To Come Home To (Abridged Edition)
http://www.amazon.com/Someone-Come-Home-Zanne-Sweeney-ebook/dp/B00LBITY6Q 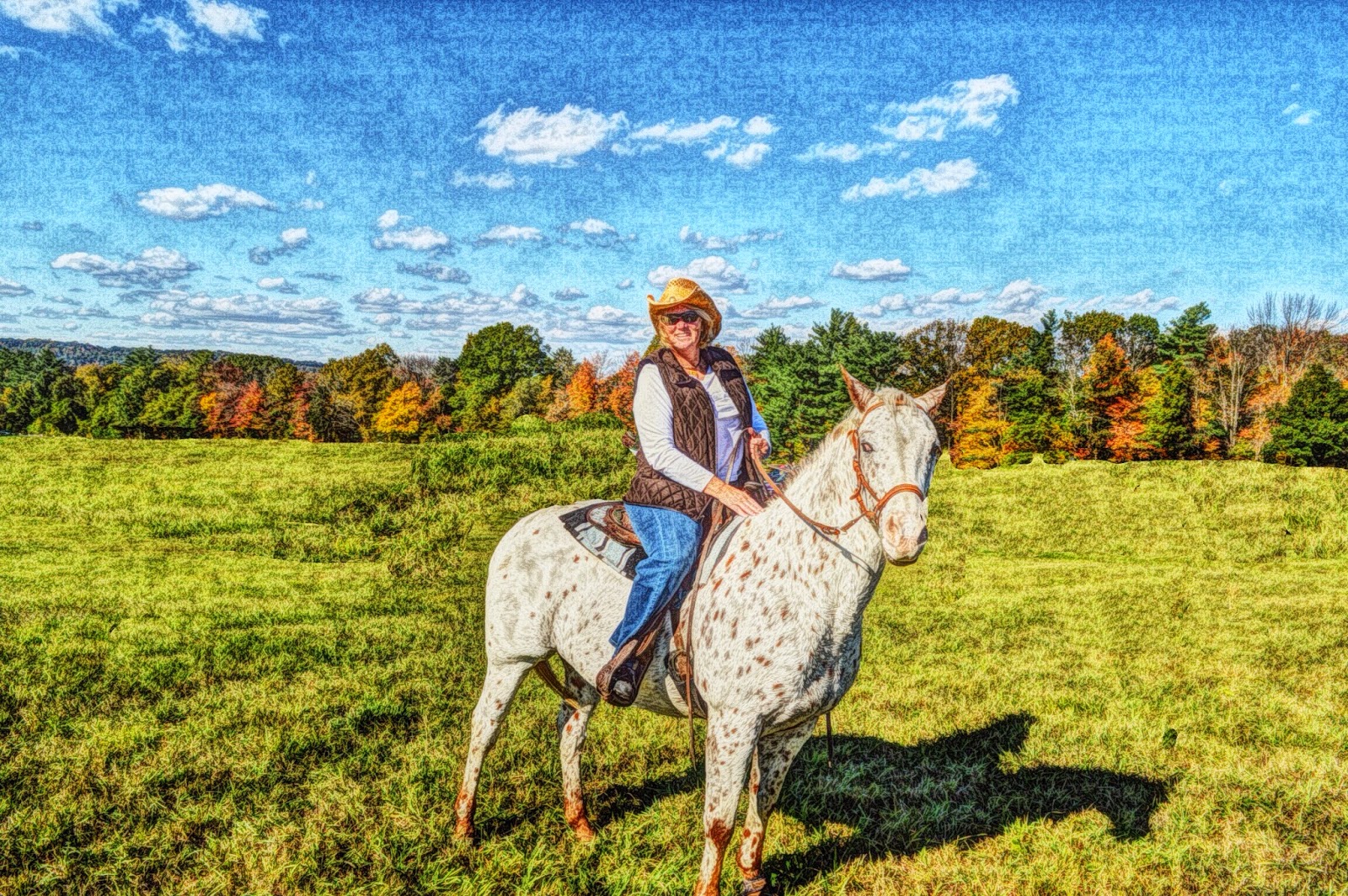 Zanne Sweeney a graduate from Kent State University is a teacher, and coach, who loves to write stories that she hopes her readers won’t want to put down. “That’s the ultimate compliment.”

When she’s not teaching, coaching, or writing Zanne loves to spend time with her family and fun loving friends. She is a novice photographer, a consummate sports fan, and is never without a book to read.

With a fake smile and a hopefully cheery voice Karen Sue thanked her neighbor for the ride
home. She opened the rickety gate that separated their backyards and the familiar squeak of the rusty hinges brought forth bittersweet memories.

Years ago she and her best friend Katrina had practically worn the hinges off that white, little gate as they ran from one house to the other seeking better snacks or newer toys. The memories still stung even though an entire decade had passed.  Katrina and her family had moved to Ohio, leaving Karen Sue to bravely face her freshman year in high school without her best friend of 13 years.

Not too long ago Karen Sue had been filled with pride and contentment when she came home to her cozy house. Now as she crossed her weed choked lawn, a small frown tended her lips as she noted that the grass, well dandelions now, needed to be cut again.

Wearily she walked down her short driveway towards the front of her house to get the mail.
She sighed somberly knowing there would be bills with ‘Urgent’ red stamps marring the white envelopes. As much as she had been denying it she knew she was going to have to sell her beloved home to dig out from the havoc Ray had created to her once good credit. She knew she could get a good price for her house that would pay off her bills and leave her enough money to restart, if…if Rays lawyers didn’t try to claim any of it.

Three young boys that Karen Sue taught at school peddled past her driveway on their bikes,
waving shyly to their beautiful art teacher. Karen Sue smiled and waved back as she juggled her computer case and purse to free a hand. A large black sedan parked in front of her house with the motor running drew her attention from the boys. She could see someone sitting in the driver's seat and he appeared to be talking on a cell. Her eyes caught his when he glanced up to his rearview mirror. Karen Sue figured the man was being responsible and had pulled over to talk on the phone, she wished more people did that.

She gathered the mail from the mailbox that she had painted flowers on just three years
early, when life was good. Now when she opened the brightly painted box she was stung with how drastically her life had changed. Turning back she walked up the driveway and let herself into the house through the side kitchen door. Placing the mail down on the dull Formica counter without looking at it, she settled her computer bag and oversized purse on the nearby kitchen table. Coming home was never a good thing anymore. Karen Sue pulled her arms out of her lightweight coat and hung it on the wooden hook behind the door; it was then that she heard voices, angry voices coming from the adjoining room.

Curious and slightly alarmed she headed towards the swinging door that separated the
kitchen and living room. She heard Ray say. “Leave her out of this, she doesn’t know anything.”

As she extended her arms to push open the door she heard three sounds, like wet snowballs hitting a wall, followed by an anguished low grunt. Without warning the door slammed back inwards forcing Karen Sue’s arms back against her body. Ray fell through the swinging door his back colliding heavily with her chest. The force that had propelled Ray through the door caused them to both to keel over backwards. She landed painfully on the kitchen floor with Ray sprawled on top of her. Their prone bodies acting as a door stop holding the swinging door wide open.  The jarring Karen Sue’s body took knocked the breath from her and she fought for air. The moment became surreal as Karen Sue noticed many things at once.

Two men were in her living room; a smaller man in a dark business suit holding a gun, and standing next to him was a larger man in dress pants, a collared shirt with gold chains surrounding his beefy neck. It was clear that the smaller man had just fired the gun, although she hadn’t seen it. Realizing that a man she didn’t know, held a gun in her living room and the gun had been fired, Karen Sue vainly struggled to push up on her elbows hoping Ray would move. Gasping for breath she peered over Ray's shoulder wondering why he wasn’t getting up. It was then she noticed Ray’s shirt was blooming with crimson wet circles, two in his chest and one in his shoulder.

Karen Sue tried to maneuver out from underneath his heavyweight but the floor was slippery. Rivers of blood seeping onto her body ran off her pooling onto the floor below them. A copper smell permeated her senses as she tried to suck in air. Her face was wet and she panicked realizing it was Ray’s blood that was splattered on her skin and soaking her clothes.

Ray was not moving, at all, his deadweight hampering her ability to regain her lost breath. She heard the smaller man say, ‘shit” as he looked at her. His head tilted to one side, as if he was in thought. Karen Sue watched him hand the gun to the larger man who was also looking at her. Her mind was slush, she couldn’t think, her survival instinct was urging her to get out from underneath Ray and run. She frantically pushed against the kitchen floor but the blood coating the floor had her hands slipping frantically, like Fred Flintstone's feet when he started his car. The front door burst open, momentarily halting Karen Sue’s attempts to escape.  A large, muscle-bound younger man dressed in a black tee shirt and dress pants appeared. His eyes darted over to Karen Sue and Ray, surveying the scene he had walked in on.

He then looked to the man in the suit and said; “Boss, we gotta go, scanner says cops are on their way.” Karen Sue was silently praying, ‘Go, please, go.’

“How the fuck are they on their way?” The smarmy thin man questioned.

“Don’t know but I think a neighbor called in a suspicious vehicle.”

Karen Sue was listening to this conversation as if she was watching a TV show that she was staring in. Her shocked, small body clenched tightly to Ray as if he could somehow help her. A gooey blob of wetness slid down her cheek jolting Karen Sue back into reality. Ray had been shot and he was currently pinning her down and three men, one wielding a gun were in her living room getting ready to do God knows what. Bile caught in her throat as she swiped what she knew was a bloody piece of her husband from her face causing her to whimper in distress.

The older man took the gun back from the gold- chained gorilla like man and handed it to the new guy. “Kill her,” he said. He then turned and walked out the front door. The gorilla remained behind guarding her front door. Karen Sue knew she was the ‘her’ that was about to be killed.

Try as she might she couldn’t lift Ray off of her and the blood had caused the linoleum underneath them to become so slippery she couldn’t even scoot backwards. She could hear sirens in the distance, but she knew there was no way they would get to her in time. Her mind slipped into a hyper focused state and her body trembled with terror. Her random thoughts were crazed as she thought about the many times she had watched horror movies and had laughed at the victims who had stood shocked and unmoving just before they were slaughtered. The muscle-bound man approached her; his large frame blocked her sight from the gorilla standing at the door.

She feebly lifted one arm palms out stopping gesture and garbled out, a lame “please, don’t...” The killer raised the gun, aiming it at her and Ray. She noticed his hands were not shaking in the least and she knew that only a monster could kill someone without emotion. She had a moment of bravado and decided if this bastard was going to kill her then she was going to be looking him in the face when he did it. She saw his mouth move without speaking and she thought he mouthed the words. “Play dead,” then he squeezed the trigger. Her last conscious thought was that the bullets silently firing from this gun sounded like the blow darts the natives would use in the old Tarzan movies. Karen Sue’s head hit the floor with a hard thump, her arm slipped limply to the blood coated linoleum as her eyes rolled up into her head. A welcoming blackness engulfed her.