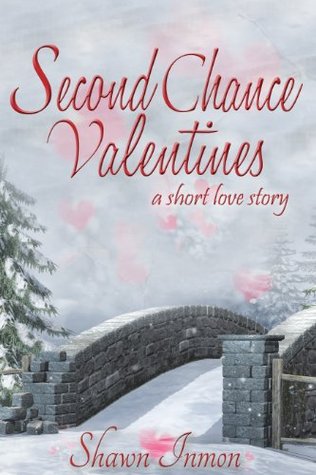 Not everyone gets a second chance at love, but it's happening for Steve and Elizabeth. Separated for twenty years, they reconnected with each other through a Christmas miracle. Now they have a chance to find out what they missed out on decades earlier. Can true love bridge the space of the years that came between them?

Second Chance Valentines is an 11,000 word love story that is the second in the Second Chance Love series, but can be read as a standalone story.

This book was short and sweet.  I enjoyed the story of how these two met again and are getting reacquainted with each other.  I enjoyed the characters a lot.  I felt like I was in the book.
However, the book ended in the middle of a thought for me.  I felt like there needed to be something else included in that ending.  It’s not a cliff hanger per se but it does leave you saying what the heck just happened.  I felt that this messed with the flow of the book just ending in what felt like the middle of a thought wrecked it for me.
All in all it was a great book and I would continue with this series.  I enjoyed the authors writing style a lot.
5 stars
Posted by Ashley at 12:00 AM