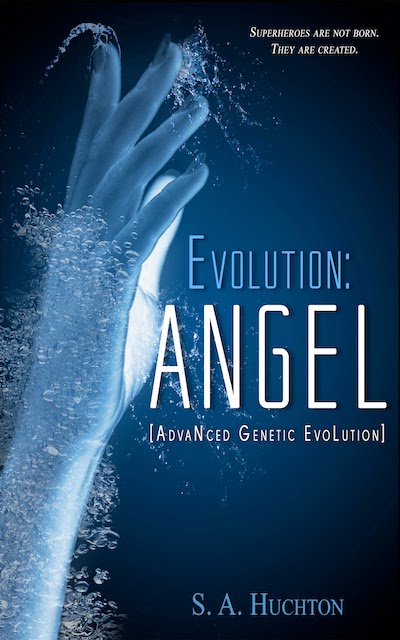 "Candace Bristol has always been obsessed with comic books, but in a world where the nightly news often mirrors these inked stories, her dreams of becoming a real superhero could actually come true. After being rescued by members of the government’s AdvaNced Genetic EvoLution (ANGEL) Project four years ago, getting recruited for this elite team is all she's wanted.

Now 18, she's finally reached her goal after years of study and physical training, but little could have prepared her for life as a genetic experiment. As though coming to terms with her new ability to manipulate water isn't tough enough, she never expected to be swept off her feet by one of her fellow recruits.

With genetic alteration, the threat of physical and mental instability hangs over every superhero like a shadow. When one of their own tumbles over the edge of madness, Candace will have to choose between protecting the world, and saving the one who holds her heart."

A geek of all trades, Starla Huchton has been crafting stories in various genres since 2007. Her first novel, THE DREAMER'S THREAD was released as a full cast audiobook podcast, becoming a double-nominee and finalist for the 2010 Parsec Awards. After releasing short fiction of steampunk, noir fantasy, and other varieties, she released the first three books of the Sci-Fi Romance ENDURE series in 2013. All three books of the EVOLUTION series will be released in 2014, as well as a Steampunk Fantasy novel, MASTER OF MYTH (the Antigone's Wrath series, book 1), which was the first place winner of the Crested Butte Writers' contest, The Sandy, in 2012.
When not writing, Starla trains three Minions, a black lab, and a military husband whilst designing book covers for independent authors and publishers at designedbystarla.com. 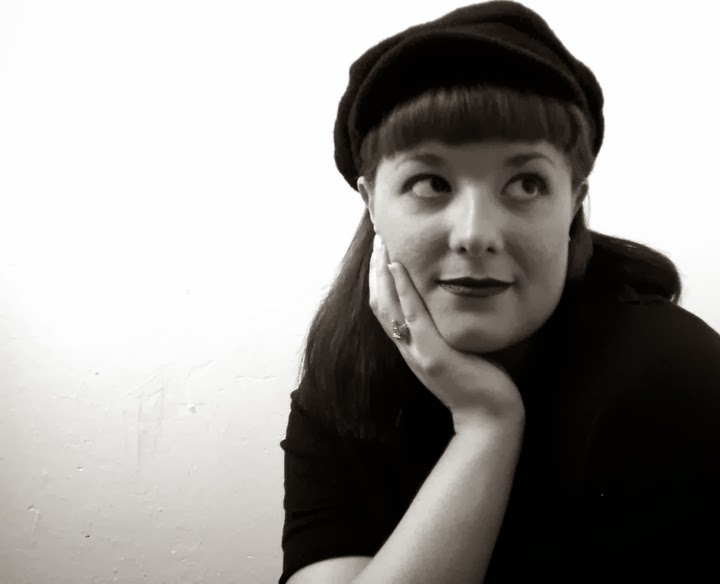 She jumped, trying to see over the crowd in front of her. This was so stupid. Why would they stick her in the back? Wasn’t showing off to as many people as possible the whole point of this?

“Calm down, Candace,” Gabe said. “You keep stepping on my foot.”

She shot him her best “drop dead” look. “Calm down? I’ve been dying to see these guys since they made the announcement last year. Do you have any idea how many chores I had to promise my mom I’d do before she’d sign my permission slip to come to this thing?” She pinched her face and did her best impression of her mother. “Candace, I don’t want you filling up your head with any more garbage than those comic books already put in there.”

Gabe sighed and patted her head. Even at fifteen, only a year older than her, her cousin was already six inches taller. It wasn’t fair. Gabe had no problem seeing past the Neanderthals in front of them. “Don’t worry, Princess. Maybe you can sit on my shoulders or something when they come around.”

She rolled her eyes. “Not funny. And don’t call me Princess.”

“Ugh. Again with that nickname. Can you knock that off? We’re not kids anymore.”

He thought carefully. “Hmm, would you prefer Cupcake?”

Before she could reply, or punch him, music blared through the loudspeakers on the steps of the capital building. Her heart leapt. They were here! She was actually going to see honest-to-God superheroes in the flesh!

Candace looked in either direction, trying to find an opening where she might be able to push through and get a better vantage point. She went left. Nothing. She went right. Still nothing.

No, wait. Definitely something.

The large fountain wasn’t working. It was roped off and marked as under construction, and no one gave it a second look. The crowd was riveted to the top of the stairs, staring at the guests she couldn’t see.

She took a last peek at Gabe, who was completely engrossed in the spectacle, and sunk low as she crept toward the fountain. She wasn’t going to have endured a crowded, eight-hour bus ride to Des Moines with a bunch of smelly dudes for nothing. She came here to see superheroes, and damned if she wasn’t going to do exactly that.

The street police were lined up on the other side of the fountain with their backs to her, as captivated as the rest of the onlookers. Candace ducked between the strips of caution tape and threw her legs over the metal rail. After soaking her shoes in the remnants of the drained water, she clambered up two of the five tiers of the centerpiece and leaned around.

“Ladies and gentlemen,” the Governor said. “Today we mark a new era in the fight against crime, terrorism, and even natural disaster. With the founding of the US Government’s ANGEL Project, we hope to usher in a new time of peace and security for every last one of us. These brave individuals have given over their lives and their very bodies in pursuit of this goal, and it is my extreme pleasure to present to you two representatives of the ultimate first responder unit, the Aquila Team: Marissa Hayden and Christian Markov!”

The applause was thunderous and immediate, but Candace tuned it out. The ANGELs were amazing. Two people, not much older than her, and here they were.

The pair stepped up to the microphone, ready to give a joint speech. Candace couldn’t take her eyes off of them. They moved with a smooth, preternatural grace, as though they were intentionally slowing themselves for the benefit of the onlookers. Marissa’s smile was radiant as she waved to the crowd. Her caramel-colored skin was flawless. Her thick, black hair hung in the most beautiful waves across her shoulders. Candace wished she had half of the curves this woman displayed in her black, form-fitted skinsuit.

Christian was no less impressive physically, but in a different way. He tossed a little nod of acknowledgment down the steps to a group of squealing high school girls. He was the ultimate definition of an All-American guy: clean cut, blond, blue-eyed, the works. The man had it all and then some. It was no wonder he’d become the ANGEL Project’s poster child. Candace snorted. Yay diversity.

A hush passed over the crowd when he held his hand up, indicating they were ready for the speech. Candace leaned forward even more, her fingers digging into the slippery slime around the fountain ledge.

Before so much as a word was spoken, the ground rumbled. Candace didn’t notice it at first, but the nervous shifting of the crowd caught her attention.

It caught the ANGELs’ attention as well.

“Everyone get out of here!” Christian yelled into the microphone.

The police surged forward, doing their best to herd the confused mass of people away from the steps. Someone screamed, soon accompanied by more shouts of alarm. The fountain shook violently and Candace slipped. She scrambled to get a better hold, but it crumbled away, splitting up the middle, followed by an explosion of water that blasted her backwards into the concrete pool. Her back hit the bottom, knocking the air from her lungs, and her skull cracked against the ledge, filling her vision with sparkling lights.

When she could see clearly again, someone stood over her.

He was a massive man, shirtless, shaking, and staring at her with wild eyes. When he sucked in a ragged breath, foamy spittle oozed from the corners of his mouth.

“Tasty…” he hissed at her, bending lower, hands outstretched.

The scream stuck in her throat as terror wrapped its icy talons around her neck.

Another body slammed into the man’s torso, blasting him through the caution tape and onto the sidewalk below.

Christian Markov glanced her way briefly before before launching himself at the strange man again. Who was this invader? Was he one of the back alley genetic evolutions they talked about on the news?

Christian didn’t let up, sending a barrage of punches into the man’s face and body faster than her eyes could track them.

Someone scooped her up and ran, leaping over the fountain railing as though it were a mere speed bump, rather than a three-foot vertical leap. Candace looked up into the face of Marissa Hayden, the sunlight shining a halo around her hair.

Transfixed by the sight, Candace barely registered it when they stopped and Marissa set her down beside an ambulance half a block away. Not wasting a moment, Marissa winked at her, then flew back up the street to help her teammate.

Someone wrapped a blanket around her shoulders and another pushed around in her hair at the back of her head.

She blinked, only now seeing the paramedic in front of her.

“Your name? You hit your head and we need to take you to the hospital. Can you give me a phone number to call?”

“Candace,” she replied, still staring back up the street. “Candace Bristol.”

“We have to get you out of here, sweetie. Can you stand?”

“I didn’t say thank you,” she whispered.

“I…” She pinched her eyes shut. “My head hurts. I need to call my cousin. I was with him before…”

She winced as she pulled her phone from her pocket. Gabe was going to kill her for sneaking off.

And if he didn’t, she was sure her mother would.
Posted by Ashley at 11:00 PM