The Only Child Review... 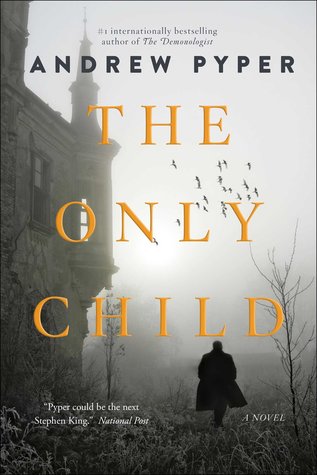 The #1 internationally bestselling author of The Demonologist radically reimagines the origins of gothic literature’s founding masterpieces—Frankenstein, The Strange Case of Dr. Jekyll and Mr. Hyde, and Dracula—in a contemporary novel driven by relentless suspense and surprising emotion. This is the story of a man who may be the world’s one real-life monster, and the only woman who has a chance of finding him.

As a forensic psychiatrist at New York’s leading institution of its kind, Dr. Lily Dominick has evaluated the mental states of some of the country’s most dangerous psychotics. But the strangely compelling client she interviewed today—a man with no name, accused of the most twisted crime—struck her as somehow different from the others, despite the two impossible claims he made.

First, that he is more than two hundred years old and personally inspired Mary Shelley, Robert Louis Stevenson, and Bram Stoker in creating the three novels of the nineteenth century that define the monstrous in the modern imagination. Second, that he’s Lily’s father. To discover the truth—behind her client, her mother’s death, herself—Dr. Dominick must embark on a journey that will threaten her career, her sanity, and ultimately her life.

Fusing the page-turning tension of a first-rate thriller with a provocative take on where thrillers come from, The Only Child will keep you up until its last unforgettable revelation.

This was both a new author and a new genre for me.  While I have always enjoyed the gothic/horror movies revolving around the books that this book is loosely based off of, I have never read anything within the genre.

The book follows Lily as she learns the truth about herself and the secrets of her past.  Lily travels Europe in order to learn the truth of who her client is and what he has to do with her.  She learns more than she bargained for though.

All in all is was a good book.  I enjoyed Andrew's writing style and will most likely be on the look out for more books by him in the future.  I may have even found a new genre that I will be trying to get into eventually.  I loved learning about the characters as they evolved with each other, especially Lily.  The plot was creative and well thought out.  However, I found that when it came to Michael/Peter/the Beast (whatever you want to call him) things kind of unraveled.  There was so much in his history that the character just became unbelievable as a whole.

Besides the Michael of is all I thought the book was good.  However, as Michael is fifty percent of the book I can honestly only give this book THREE stars!  I look forward to reading more books by this author or within the gothic/horror genre.  If you have any suggestions feel free to comment below but I plan on starting with the classics...lol.