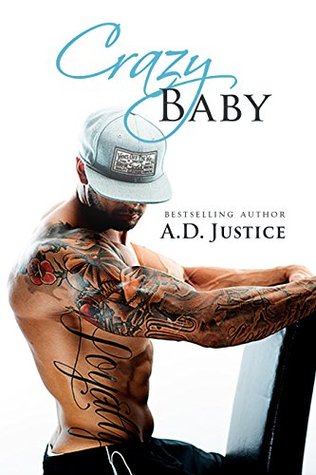 Luke Woods, with his indecisiveness and impulsive reactions, is his own worst enemy. Costly mistakes have made him second-guess his every decision, past and present. With his sights finally set on his goal, his innate drive takes over and he pursues it with a new fervor. But will it end up costing him everything?

Andi Morgan has always put everyone else first, while her needs and desires have taken a back seat. When Andi is presented with the opportunity of a lifetime, she struggles with what she wants versus what she needs. Taking a leap may completely backfire in her face. Is she as strong as she thinks she is?

Luke and Andi’s relationship has overcome considerable odds already but, when life takes them in separate directions, they’ll face new hurdles. They’ll be forced to decide if absence really does make the heart grow fonder - or if it just makes it easier to move on.
When love is put to the test, can it survive?

Luke and Andi are engaged but their dreams are leading them in two very different directions.  Will their love win out when new challenges are placed in front of them or will they end up lost and alone again?  Andi is heading off with rock star Travis (who is in love with her) on tour.  Luke is given a shot at a major boxing camp on the opposite side of the country.  When push comes to shove and fake photos come out it will come down to trusting one another.  Do they trust each other enough to get through the next six months apart?
So good!  I struggled to find time to read it because being summer things have gotten really busy for me.  I loved the first book, Crazy Maybe, which I read at this exact time last year.  I have been putting this book off all year because I didn’t want to find out what could possibly go wrong now.  I was not disappointed by this book.  I had a love/hate relationship with many characters in this book.  A bunch of new characters were introduced and I loved most of them.  There were two that I absolutely hated.
The plot was fun and intriguing.  The characters were well rounded and extremely well thought out.  The authors writing style was once again amazing.  I did feel like the flow could have been just a little bit more even but it did jump between months and characters so while I struggled sometimes it all made sense eventually.
If you have not read this series then what are you waiting for.  I look forward to reading more real soon.
4.5 stars