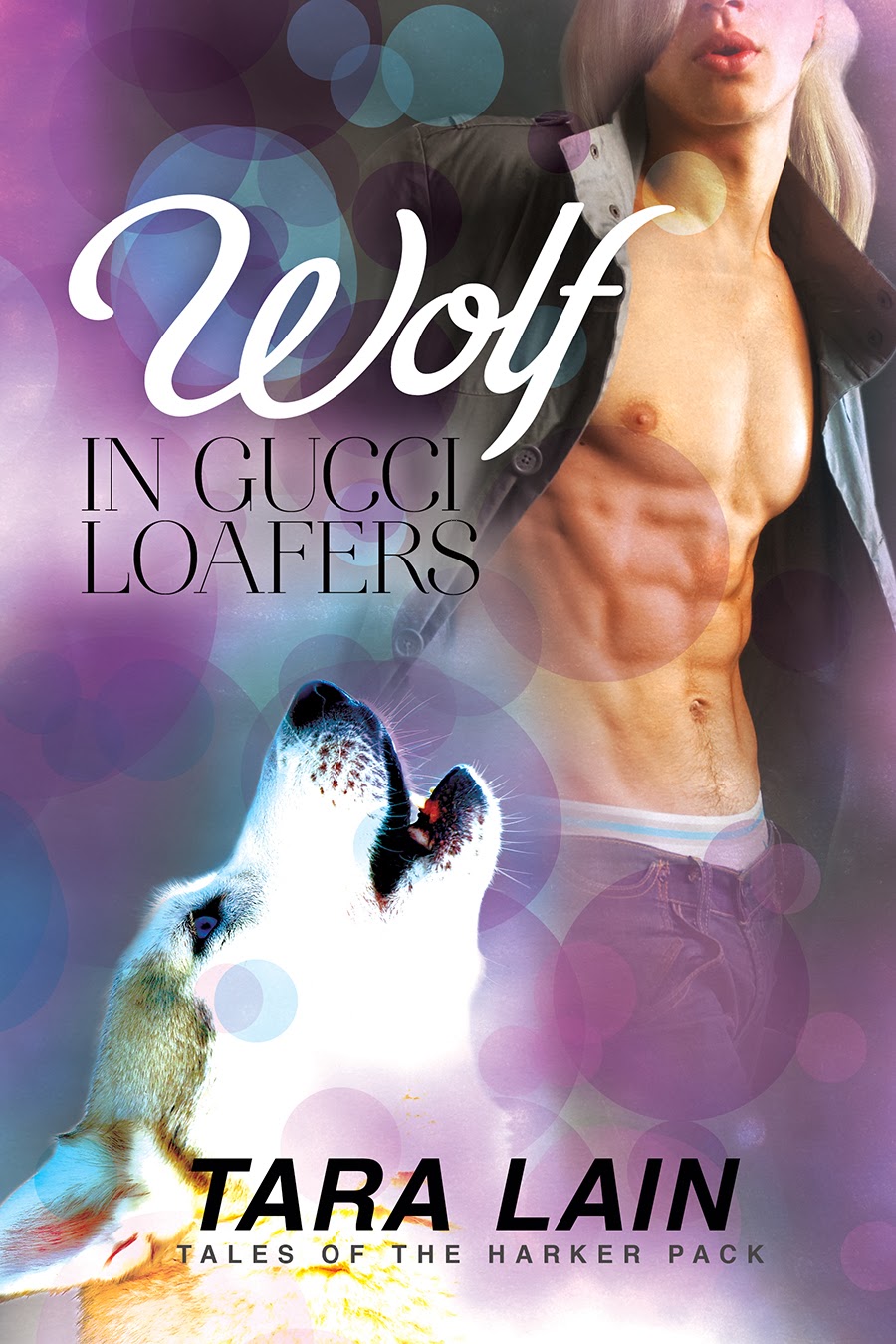 Socialite Lindsey Vanessen wants someone to love who will love him back — an impossibility for a gay, half-human, half-werewolf. Too aggressive for humans, too gay for wolves, and needing to protect the pack from human discovery, Lindsey tries to content himself with life as a successful businessman. But when someone starts kidnapping members of wealthy families, Lindsey meets tough cop Seth Zakowsy—the hunky embodiment of everything Lindsey wants but can't have.

Seth has never been attracted to flamboyant men. What would the guys in the department think of Lindsey? But intrigue turns to lust when he discovers Lindsey’s biting, snarling passion more than matches his dominant side. It might mean a chance at love for a cop in black leather and a wolf in Gucci loafers.

“Lindsey,
what’s wrong?”
“Nothing, sir. I’m doing well.”
“Come talk to me.” His grandfather turned
and walked into the living room.
Did he want to talk? He’d have to be careful,
but yes. Pop-Pop was a smart man. He walked down the stairs and into the large,
comfortable room. His grandfather sat on a love seat at one end of the room, so
he took the identical seat across from him. He leaned back and crossed his legs.
Look relaxed.
Pop-Pop sat forward. “Romantic troubles?”
Wow.
The old man had a way of diving to the truth. “Not exactly.”
“I heard you had a date with the Westerberg
son. Your mother’s doing, I believe.” The old man could have been talking about
a date with a girl, he was so comfortable with it.
“Yes, sir.”
“Did you like him?”
“Well enough.”
“Ah, so he’s not the issue.”
Lindsey grinned. His grandfather was enjoying
the guessing game.
“So if it’s not exactly romantic troubles,
what exactly is it?”
“I guess you could call it unrequited romantic
interest.”
He rubbed his hands together. “Now this is
interesting. I've seen you with many men over the years since you returned from
school, but none of them lasted more than a few dates, and none of them ever sparked
what I would call romantic interest. How odd that you should affix your affection
on one who doesn't care about you. Have you considered it might be a form of self-protection?
Only wanting the ones you can’t have has a way of keeping you single.”
Lindsey grinned. “I guess that’s possible
sometimes, but not in this case. He’s just highly inappropriate. A tough cop I met
while helping Dave with the kidnapping issue. Dave asked if I would take him to
the polo match to give him a chance to investigate among people we know without
being too obvious. So I did it.” Lindsey shrugged.
“And got caught in your own trap.”
He smiled, but it hurt around the edges.
“Yes, I guess. I found him attractive from the start but assumed he was straight,
so it was just a harmless flirtation. After the match, I found out he’s gay, so
that made the vast expanse between us more real.”
Pop-Pop frowned. “It’s not like you to discriminate
based on class.”
“Nothing like that, sir. He’s the one discriminating,
I’m sure. I’m simply not at all his type. A bit too lavender silk for his black
leather, shall we say.”
His grandfather steepled his fingers and
stared over them. “You’re not just one thing, Lindsey. I've know many men in my
life and you’re one of the very best. Smart, decisive, action-oriented, kind, and
basically good. Unlike your father, I might add. You need a man who sees that. But you've got good judgment, so if you think this cop is romance-worthy, then my bet
is there’s something there worth pursuing. Ride him down, son!” He laughed that
big robust sound that had comforted Lindsey since the day he was born.


You can find Tara at