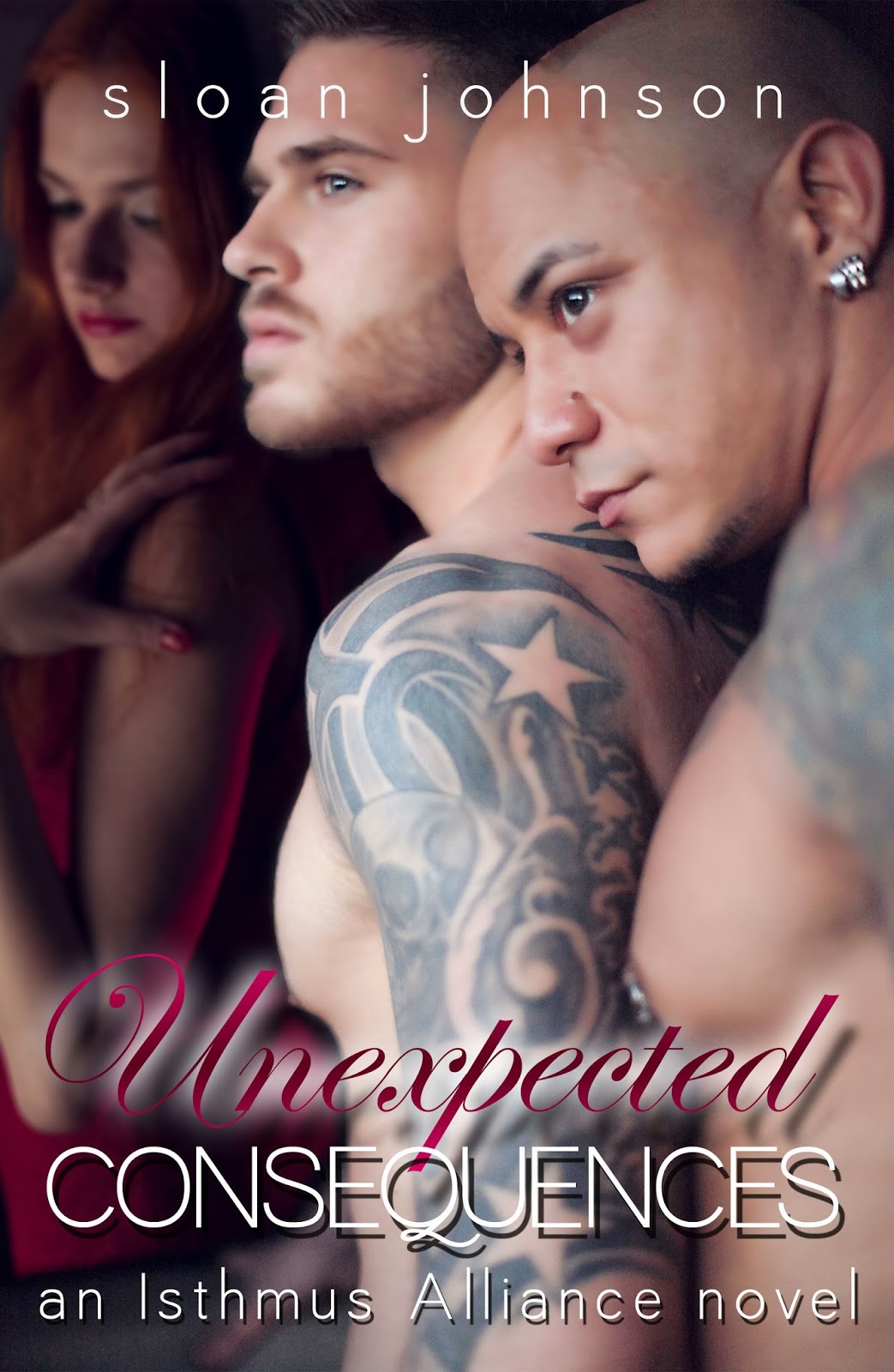 Zeke Reed lives his life by his rules, the biggest one being that he refuses to settle down. Through the years, it has become a running joke amongst his circle of friends that his condo would be well served by the installation of a revolving door.


That’s what makes his friendship with Mary and Jeff work. All three of them are looking for some no-strings-attached fun. Until fate steps in, making them all take a look at what’s been developing while they’ve been busy fooling around.

Unfortunately, every decision in life has consequences. When you choose to openly share your life with more than one person, things get complicated. Will Zeke, Jeff and Mary be able to stand together as the world tries to pull them apart?

“It’s not that I was trying to hide it from you. I just… it’s a part of me that I’ve worked hard to bury for a long time.” Right about now, I’m really wishing I had listened to Dylan and pulled down the Johnnie Walker. I’m irritated that I’ve driven this wedge between us. Dylan has been there for me since college. He pushed aside his aspirations to help me start the promotions company when he could have easily been hired on with any fancy corporation and raced his way up the ladder.
Dylan’s feet drop to the floor as he leans over the desk. “But why? If you’ve been burying it, that means this wasn’t a surprise to you. Why wouldn’t you tell me what was going on in that thick skull of yours? Some of the shit we’ve been through together, I can’t think of a single fucking thing I would keep a secret from you.”
“It’s not that I don’t trust you, D,” I groan, tilting my head back against my chair.  “I just… if I told you, I’d have to tell Tommy. And if he knew, everyone would know and I’m not ready for that. Maybe someday I’ll have someone in my life and I’ll have to tell them, but until then, I don’t see a reason for my family to know.”
“Seriously? Do you really think Tommy would run to your mom? And even if he did, I think you’re imagining a worse reaction than they’ll have. You have the type of family most people would kill to have.” He reaches across the desk, slapping me across the back of my head. The cockeyed grin on his face lets me know that while he might be upset with me for keeping this secret, he’s not angry and this won’t be the death of our friendship.
“You’ve met my family. What do you think they’re going to say when they learn that I like dick?” For as accepting as the Reed family can be about a lot of things, that acceptance doesn’t extend to one of their own having bisexual tendencies. They’d run with the fact that I am attracted to women and ask why I can’t be happy finding a good woman to settle down with. Until Mary, there wasn’t a woman I would have considered such a move for. With Mary, I feel as if we’d be incomplete without Jeff.
“Fair enough. But I’m not them and I highly doubt Tommy would say anything. After all, he knows them just as well as you do and I don’t see him throwing you under a bus.” I get what he’s saying, but it’s too late to change it.
“You could have told me.” If I’m not mistaken, Dylan sounds more hurt than angry. That shouldn’t surprise me, but it does. It wasn’t until recently that the man showed any sort of emotion. “You should have told me, man. You and me, we’re closer than I am with my own brother. I just…” 4stars
I liked this book. It is about three people who fell in love with each other. Jeff , zeke ,and Mary.
This book was very interesting to read and also had some very steamy scenes in it .be prepared for m/m ,m/f/m action.
I can't give any details as it would spoil it  but this book starts with an accident that almost killed Mary and then her witch of a mother came to town...that was horrible just reading it. That woman....ugh
Oops no spoilers!!!
I would recommend this as a good book to read. 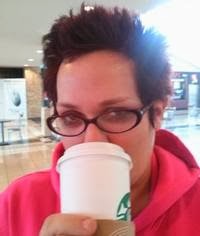 Sloan is a Midwestern mom who began writing nearly seven years ago as a way to make money while staying home with her daughter. Now, with two kids in tow and having written more articles on how to assemble various pieces of furniture than she can count, she is reaching to make her dreams come true. 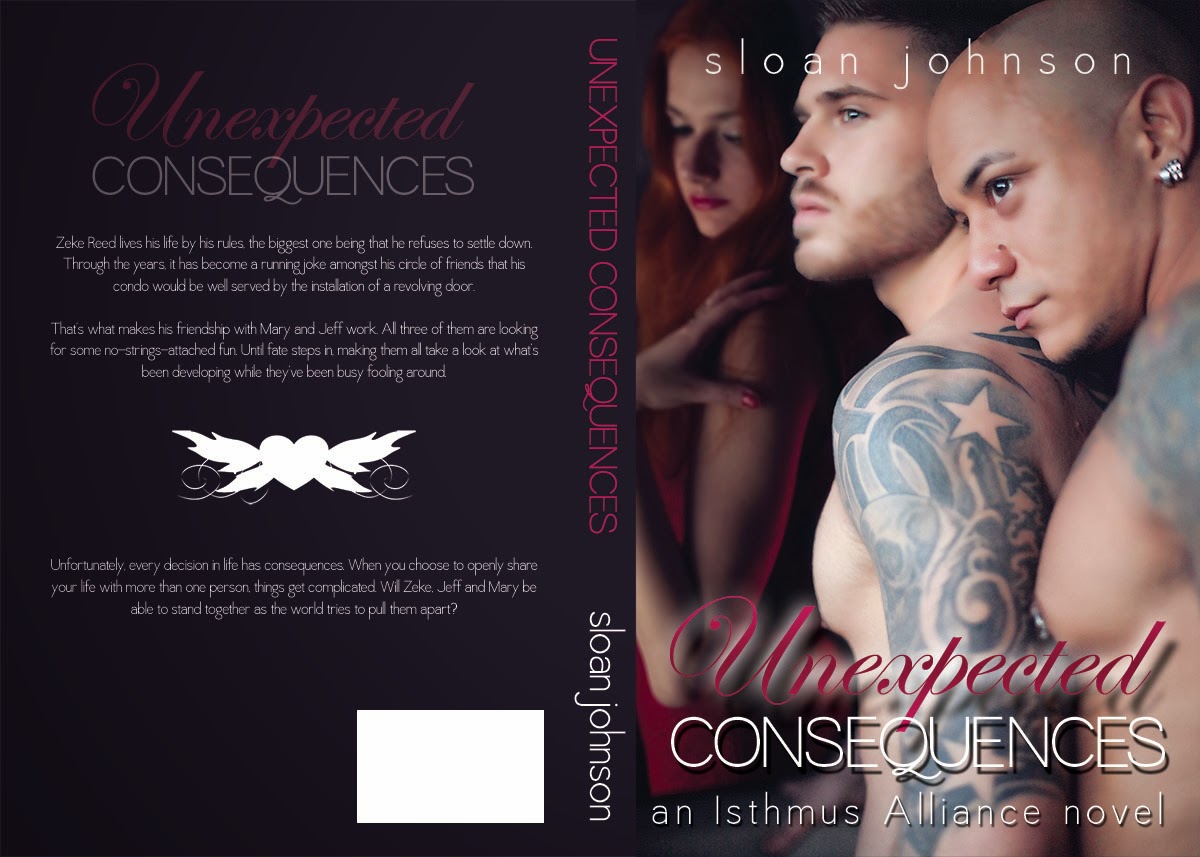