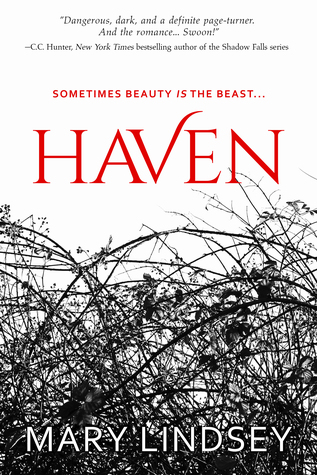 We all hold a beast inside. The only difference is what form it takes when freed.
Rain Ryland has never belonged anywhere, He’s used to people judging him for his rough background, his intimidating size, and now, his orphan status. He’s always been on the outside, looking in, and he’s fine with that. Until he moves to New Wurzburg and meets Friederike Burkhart.
Freddie isn’t like normal teen girls, though. And someone wants her dead for it. Freddie warns he’d better stay far away if he wants to stay alive, but Rain’s never been good at running from trouble. For the first time, Rain has something worth fighting for, worth living for. Worth dying for.

I received a surprise package in the mail from Entangled Teen based around this book.  As soon as I finished the book that I had been lent by a coworker I picked this one up.  Due to lack of time it did take me a while to get through (two months) and I hated that I didn't have time to just sit down and read with this book.  I didn't want to put it down at any point.

Okay so let's get down to it shall we.  Rain is thrust into a life that was planned for him when his mother dies.  Rain had no idea that his mother had an identical twin sister until his mother passes and he is forced to move to New Wurzburg to live with his aunt (his only living relative).  He learns a lot of interesting things about his family and is thrust into a brand new life he never saw coming.  Freddie has recently lost her father and feels he was murdered but has no proof.  Since his death she is about to become her packs leader but she is having issues with holding her form.  Rain and Freddie like each other the moment they officially meet yet neither of them will truly admit it.  Can Freddie take over her pack?  Will anybody else die along the way to the truth?  What happens with Freddie and Rain?

This was my first book by this author and I look forward to reading more soon.  I enjoyed the characters immensely, they were vivacious and lively.  This is a shifting book and one of the first ones I have read in a while that kept my attention the whole time.  I loved the plot, it was full of mystery and intrigue while being deep and intense as well.  It all flowed amazingly well and was paced extremely well.  I enjoyed every second of this book.  I am hoping there is a sequel because I want to know more about the world of New Wurzburg. 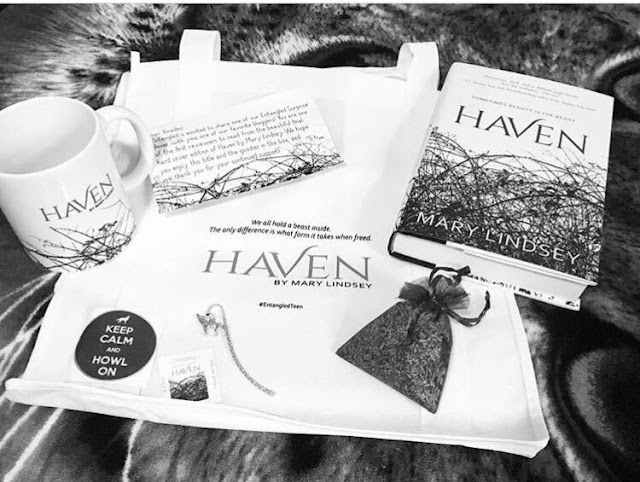 The box I received from Entangled included not only the book but lots of other fun things.  Also included were a large tote bag, satchel, bookmark, temp tattoo, sticker, and a mug!
Posted by Ashley at 11:30 PM