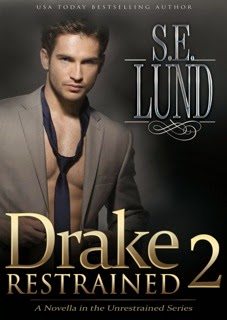 Into bondage, D/s and the occasional dungeon scene, Drake keeps every part of his life separate, the divisions between them neat and tidy. His weeks are filled with surgeries, music and D/s sex, and none of the well-planned and scheduled parts of his life intersect.

That is until Kate McDermott crosses his path and screws everything up.

Now, nothing is neat and tidy anymore, for Drake is smitten and things are going to get messy…

"I can't imagine that meaningless sex can be rewarding in the long run."
I sighed. After a bad marriage, meaningless sex was a relief from sex that was wrapped up in anger and frustration and misunderstanding. "It's not,” I said. “But it's good enough for now."
She stared at me, and I could tell from the expression on her face that I was forcing her to confront issues that were difficult.
"I only want to fuck someone who loves me,” she said. “Is that so wrong?"
"Someone will love you, Kate,” I said, for someone would. Kate was not the kind of woman to remain single for very long. I was surprised she’d been single for as long as she had, but there were several traumas in her life and she needed time to recover. “Do you really want to wait until he does? Is masturbating all alone in your room at night, for what – a year? Is that really good enough for you?"
As soon as I said it, I knew it was a mistake. I could almost see her heart crack.
She left the living room and I heard her opening and closing drawers and cupboards with quite a lot of force. She was hurt. I followed her in after a moment and stood behind her as she fiddled with a teapot.
"I'm sorry." I reached out and touched her shoulder, wanting to reconnect and mend things.
"You’re a bastard."
"No, I'm not. I'm just being honest.” I turned her around and tried to catch her eye but she avoided me. “Kate, you deserve to have pleasure when you need it. You're not a bad girl for wanting to feel it. I can give it to you. I want to give you the pleasure you need in the way that most appeals to you, deep down inside if you're brave enough to admit it to yourself."
She actually closed her eyes and turned her head away.
"Here," I said and pulled her into an embrace, needing to break the icy silence between us. She didn’t respond, her body stiff. "I'm sorry I hurt your feelings by speaking the truth so plainly,” I said softly. “If this is going to work between us, you have to let me break down those protective walls you've built up around yourself. Otherwise, you won’t really experience submission the way you need to."
Finally, she opened her eyes. "So you're telling me you have to be mean to me in order for me to be able to submit?"
"No, you have to be honest with me about what you need and want. You have to honest with yourself."
I watched her chest heaving. She was close to tears. I had to save the moment or the night would be over, and fast.
"Kate, are you sexually attracted to me?"
"You already know you're very handsome."
"I didn’t ask that. I asked you if you were sexually attracted to me." She didn’t answer so I spoke even more softly "Do you want to fuck me? Is there a part of you that just wishes you could right now and to hell with convention?"
Finally, she replied, her voice wavering. "Yes. But I'm afraid."
"What are you afraid of? That you'll have a great orgasm or three?"
"I'm afraid that you'll hurt me."
"I told you and Lara told you that I'm not into pain. I don’t want to hurt you, Kate. I want to make you feel pleasure."
"Not that kind of hurt."
I shook my head and stared at her for a moment. I knew what she meant. I had to get it through to her that we would keep things from becoming too tangled emotionally.
"That won't happen. We'll only have sex. None of that relationship stuff. We won't have breakfast together or go to movies or on dates. We'll fuck. I'll tie you up and make you come until you scream. I'll come. Then I'll go home. You'll sleep like a baby. End of story."
She looked doubtful, her brow furrowed. "What if I fall in love with you?"
I fought the grin that was threatening. "I won't let you."
"That's like saying you can control the weather. You can't."
I couldn’t keep back my smile. "I can control the weather, too."
She smiled back reluctantly, turning away slightly so I couldn’t see her, but I caught the grin nonetheless.
"I know this is all new to you. I know you're afraid." I embraced her once more, pressing my hips against her so she knew how hard I was. How much I wanted her.
Then I let her go and went back into the living room and sat back in the center of the sofa. She’d have to follow me eventually, and I’d know by how she responded and where she sat whether I was going to make any progress with her or whether I had gone too far. My sense was that she was fighting with all her might not to want me, not to want this, but that she was failing.
And more importantly, that she wanted to fail. 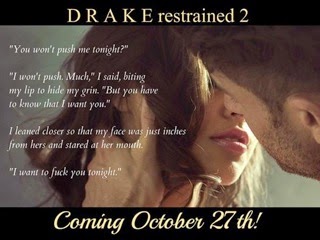