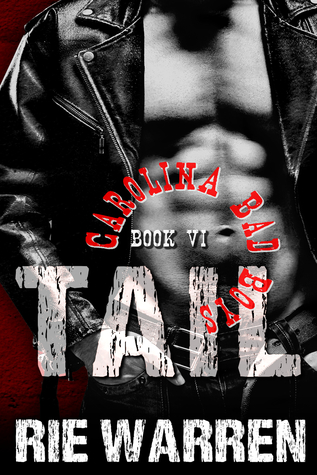 I’m most known for honeys on my arms and notches on my bedpost. But this time, I’m not chasing tail. Every rose has its thorn, and I’ve just been snagged.
TAIL
I have girls lapping out of my hands, forming lines for a chance to dance on my cock. Until she shows up. And it all grinds to a halt. Madison Rose Rush. No joke there. One look at her, and I feel a rush all over my body. I want that thing all the other dudes found. Love. A mate. A classy broad I probably don’t deserve.
I know one thing.
Maddy Rush—Handsome’s sexy sister—is strictly off-limits.
Is that gonna stop me?
Hell. No. Not even with the Bad Seeds MC breathing down my neck for a debt I can’t pay.
MADDY
VP of Retribrewtion Brewery, heiress to the Rush Distillery empire, I’ve played by the family’s rules. I’m community-spirited, high-class, worldly-wise . . . but that doesn’t necessarily mean I’m a good girl.
And Tail makes me want to be bad in ways I never even knew. He’s dangerously gorgeous. He’s affiliated with the same MC as my big brother. He has inked sleeves and sex on the brain and Max warned me away from him.
Is that going to stop me?
Hell no.
Nothing will stop us. Nothing. Until a rival MC—outlaw bikers—retaliates against Tail. Bad Seeds indeed.

The Carolina Bad Boys series ends with Tail, well kind of!
Tail has lived his life doing whatever it took to take care of his mother, since he was in High School.  He’s made a few bad decisions when it comes to his mother but it’s nothing he can’t come back from.  Maddie is one of Tail’s MC brothers, Handsome, sister and has always been off limits.  She runs the brewery with her brother.  But can Tail show Maddie a different side of him?  Will Maddie do absolutely anything for him?  What happens when Tail’s mistakes come back to bite him in the butt?
I love this world.  It was so fun to explore while it lasted but everything has to come to an end I guess.  I love the characters!  The plot was interesting and the story was told really well.  Everything flowed really well and it moved at the perfect pace.  I have been struggling with books lately because they all start out really slow and barely pick up the pace.  This one paced itself really well.
I love Rie’s writing and I am going to miss these Carolina Bad Boys.  I am excited to finish the epilogue book which is the official ending of the series.  I will definitely continue to read Rie’s books because they are all unique and fun.  They are easy reads and keep you entertained.
5 Deadly Stars
Posted by Ashley at 12:00 AM