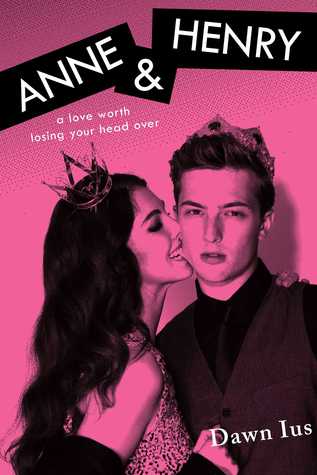 In this wonderfully creative retelling of the infamous—and torrid—love affair between Anne Boleyn and King Henry VIII, history collides with the present when a sizzling romance ignites in a modern-day high school.Henry Tudor’s life has been mapped out since the day he was born: student body president, valedictorian, Harvard Law School, and a stunning political career just like his father’s. But ever since the death of his brother, the pressure for Henry to be perfect has doubled. And now he’s trapped: forbidden from pursuing a life as an artist or dating any girl who isn’t Tudor-approved.Then Anne Boleyn crashes into his life.Wild, brash, and outspoken, Anne is everything Henry isn’t allowed to be—or want. But soon Anne is all he can think about. His mother, his friends, and even his girlfriend warn him away, but his desire for Anne consumes him.Henry is willing to do anything to be with her, but once they’re together, will their romance destroy them both?Inspired by the true story of Anne Boleyn and King Henry VIII, Anne & Henry beautifully reimagines the intensity, love, and betrayal between one of the most infamous couples of all time.

It’s not every day you find a book about Anne Boleyn and Henry VIII in the teen section, even a retelling.  I am a Tudor/Boleyn fan and just had to check this book out.  I don’t know what I was expecting going into this book but I was definitely left wanting.
Anne Boleyn is the new girl in town and working past an accident that basically destroyed her sister.  Henry is a young man that was thrust into his father and brothers political footsteps after their untimely deaths.  When Anne and Henry meet the first time sparks fly between them.  The problem Henry is with Catherine and nobody likes Anne from the start.  When the two start seeing each other things take a turn and Henry’s friends will do absolutely anything to get her out of all their lives.  Does Henry give in to everybody else and follow in his families footsteps?  Does Anne finally break through to the in-crowd?  Can these two make a relationship work?
I liked the idea behind the story.  I loved the characters, they were all unique and fun to follow.  However, I felt the book was slow and didn’t feel that it flowed all that well.  I almost gave up on it and while it did get better as it went on it still wasn’t great.  I felt like the story was forced.  Again I wasn’t sure what to expect going in but I figured it would be a faster pace and better flow.  So ultimately I was let down by the book but not enough to not finish it.
3.5 stars