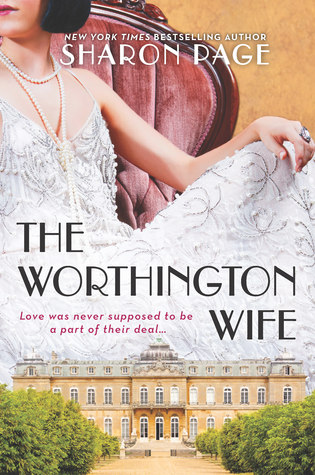 Sharon Page sparkles in this poignant and irresistibly entertaining follow-up to her breakout novel, An American Duchess
Lady Julia Hazelton is the most dazzling among 1920s England's bright, young things. But rather than choosing the thrill of wanton adventure like so many of her contemporaries, Julia shocks society with her bold business aspirations. Determined to usher the cursed Worthington estate into a prosperous, modern new era, and thus preserve her beloved late fiancé's legacy, the willful Julia tackles her wildest, most unexpected adventure in Cal Carstairs, the reluctant new Earl of Worthington.
The unconventional American artist threatens everything Julia seeks to protect while stirring desires she thought had died in the war. For reasons of his own, Cal has designed the ultimate revenge. Rather than see the estate prosper, he intends to destroy it. But their impulsive marriage—one that secures Julia's plans as well as Cal's secrets—proves that passion is ambition's greatest rival. Unless Cal ends his quest to satisfy his darkest vendetta, he stands to ruin his Worthington wife and all her glittering dreams.

I was intrigued by the idea behind this book and the cover of this book.  I love books set in this time period because they are definitely unique.
Now having said that the book itself was only okay.  I enjoyed the plot and the characters quite a bit.  However, the pace was slow and it felt like it took forever for the book to actually start.  It flowed well as well.  I feel like there was a lot of superfluous information and repetition in the book.  Despite all of that I did enjoy the book.
What a fun and enticing story.  Cleaned up a little bit it could have been even better though!
4 stars