Conflict is the second book in the Control series.  This description contains spoilers for those who have not read book one in the series, entitled Control. 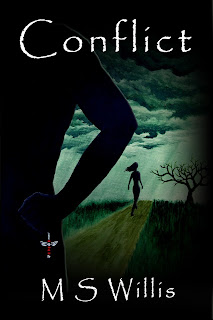 Private Investigator, Paige Stone has always appreciated the independence of her life, however, her world was pitched upside down when she and her roommates were attacked and nearly killed.  As a result of the attack by Chris, Paige now finds herself dependent upon Daemon Pierce for a place to live as she hides from Chris.  Paige has never lived with a man before and demands that Daemon consider her a "roommate" only, even though it goes against her own desires.

Strong-willed and arrogant, Daemon Pierce has been working hard to protect Paige from Chris and from herself.  Letting go of his life as a womanizer, Daemon tries to prove to Paige that she can trust him, even though he refuses to enlighten her as to his past.  Daemon struggles to comply with Paige's ridiculous demand to be "roommates" and quickly finds that he has fallen in love with the girl who does nothing but push him away.

Chris is still on the loose and Paige becomes impatient at the amount of time it is taking the authorities to apprehend him.  Paige takes it upon herself to hunt Chris down, while still refusing to ask for Daemon's assistance.  When Paige discovers a message left by Chris, she devices a plan to locate him while keeping Daemon in the dark as to her plans.  Paige's emotional journey once again places her in dangerous situations and when secrets are revealed and decisions are made, Paige has no choice but to look deep within herself to see if she can finally trust the man who will stop at nothing to save her.

My head fell back under the spray of the water and it soaked my hair.  My eyes were shut against the rivulets of water running down my face.  Eventually, I lifted my head to let the water travel down my back and when I rubbed it from my eyes, I opened them to find Daemon standing in front of me.  He was completely naked and his eyes seared into mine.  I gasped from the intensity of his gaze and my body jumped in reaction to my surprise.  Every defined muscle on his body was tense and his hands were clenched into fists.  Water continued pouring down my body and I couldn’t will myself to speak.  I was frozen in place staring at what was probably the most powerful person I had ever known.  Both physically and mentally, Daemon had absolute command over, not only himself, but everything around him.   He demanded respect whenever he entered a room and he carried himself in such a way that the potential threat within him did not go unnoticed.  Yet, for as hard and authoritative as he was, he could still be soft and compassionate.  There was this playful, boyish side to him that lit the entire room around him and all that stood nearby.

With one long stride he moved under the spray of the water with me.  The water ran down his tanned skin, leaving little drops that would eventually slide along the outline of his perfect lips, his broad chest and down along the muscles of his abdomen.  My body trembled at his proximity and I jumped at the sudden sound of his voice.

My brows pulled together in confusion at his request and he stepped closer before explaining.  He was barely brushing up against me when he said, “Your anger, your frustration, your pain...take it out on me.  Let me be your outlet.”

I was knocked back by his words.  What did he want me to do?  I didn’t understand the strange request he was making and I remained quiet as I tried to make sense of what he was saying.   His close proximity put me at eye level with his smooth chest and I had to look up to catch his eyes.

“I don’t understand what you want me to do, Daemon.  Do you want me to fight you?  Somehow I think that could be dangerous while we are both naked and soaking wet in the shower.”  My voice was husky and raw and my body was absolutely on fire for him.  Just staring at the water as it streamed along the ridges of his muscular body was igniting within me such desire, that the anger and frustration that had earlier consumed me was being smothered and extinguished.

Daemon reached down, grabbed my hands and placed them flat against his rock hard chest.  I could feel the strong, rhythmic beat of his heart.  He held my hands in place as he said, “Scream at me, hit me, scratch me, kick me, fuck me…it doesn’t matter as long as I can help take some of that pain and frustration out of you.  I don’t care what you do to me, Paige, just as long as you’re with me.  Use me anyway you need, just never leave.”  He leaned down to place a kiss on the top of my head.  His forehead rested on mine when he continued. “Promise me, Paige, that you’ll never let me go.  I don’t think I could survive it.” 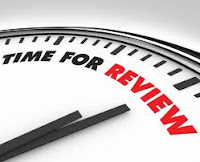 ﻿This book picks up where Control (Book 1) left off.  Paige isn't liking how long it is taking the cops to find Chris.  So of course the PI in her has to take control of the situation and find him herself.  Some of the questions from Control become clear at the end of this book as well.

There were parts with gut wrenching pain, scary parts, and plenty of love scenes.  M. S. Willis has captivated me with this series.  I am ready to read the next book please.  She has a way of pulling you into the story and making you feel like you were there.  There was a scene between Chris and Paige where I felt like I was there.  It was awesome.

David hasn't lost his touch after the 'Incident' in book 1.  He is still by far my favorite character.  His antics did a lot to lighten the feel of the book.  He is the funniest and most intriguing character in the book.  But then of course there is Daemon who is a mystery most of this book.  Not only that but he is pure hotness!

M. S. Willis has not let her readers down so far and I highly recommend this series to everybody.  There are touchy subjects but while some of it is heavy and deep there are a lot of light and funny parts.  Not to mention a couple kind of steamy scenes.  She blends them all together well and leaves you wanting more.  Can't wait to read Conquer!

M.S. Willis is a romance novelist whose debut novel, Control, was released in 2013.  Although currently writing in the romance genre, Willis has plans to expand her literary pursuits into multiple genres and has no fear conquering difficult subject matters in her writing.  Willis is a native Floridian who is also a photographer and musician.  When not absorbing herself in written, visual or musical expression, Willis is an adrenaline junkie, a 'closet' video game enthusiast, and an avid outdoors person and nature lover.

Jason L. Lee is a Florida Native.  The arts have always been a big part of his life.  Science, nature, and spirituality have been inspirations to him.  He started displaying his work in 1993.  In 1996 he started to venture from drawing and photography into acrylic painting.  This led to painting live with local bands starting in 1998.  His paintings are now created mainly at home.  He uses a combination of impressionistic and illustrative painting techniques to create fantastical imagery.  He is currently a Scenic Artist working for The Nassal Company and Co-Founder of the Arts Hub Organization.