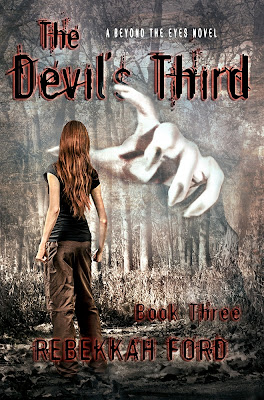 The Exciting Continuation Of The Beyond the Eyes Trilogy.
If you could have the power to control evil, would you want it?
In a rainy, misty town filled with moss covered trees and dwarfed by wooded mountains, Astoria, Oregon, holds many secrets and eighteen-year-old Paige Reed is one of them. She’s immortal, has magical abilities she’s discovering, and harbors King Solomon’s power inside her. With his incantations, she can control the dark spirits who lurk among society in soulless humans.
But her problems are mounting.
Her best friend slips into a coma, and Paige must tap into her newfound powers—powers she’s unsure of—to save her.
Through this ordeal, Bael who once commanded a legion of black souls, forces Paige to make a pact with him, causing her to abandon the ones she loves. When she finds out where Solomon’s spells are and tells Bael, she begins to have second thoughts about her agreement with him.
Will she risk everything to claim the spells that hold the power to control the dark spirits so she can enslave him? Or will her one true love find her before she makes a horrible mistake that could damage her for life?
And most importantly, what does the Devil’s third mean and what is Bael really up to? 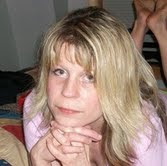 Rebekkah Ford grew up in a family that dealt with the paranormal. Her parents' Charles and Geri Wilhelm were the directors of the UFO Investigator's League in Fairfield, Ohio, back in the 1970s. They also investigated ghost hauntings and Bigfoot sightings in addition to UFO's. Growing up in this type of environment and having the passion for writing is what drove Rebekkah at an early age to write stories dealing with the paranormal. At one point in her life, she thought she wanted to be a journalist, and although she enjoyed writing articles, she quickly discovered her real passion was writing fiction. Her fascination with the paranormal is what led her to write the 'Beyond the Eyes' trilogy.