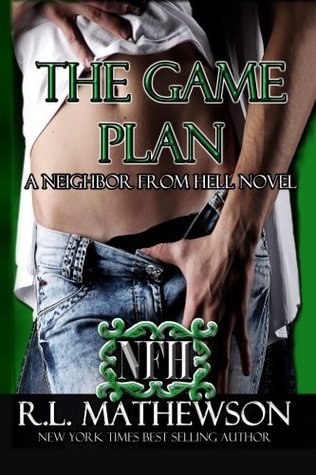 Spend the next 40 years in prison or break her lease early?

Normally she’d be able to say that this one was a no-brainer, but things have definitely changed since she was forced to move in across the hall from Danny Bradford.

A lot of things……

She wanted to get through one day, just ONE day without Danny Bradford doing something to test the limits to her control, but with that damn smile of his and his habit of leaving her contemplating manslaughter, she didn’t see that happening anytime soon.

He loved his family, but some days…….

It was too much, but that was okay, because his small neighbor living across the hallway provided him with endless hours of entertainment. Not on purpose of course, but did it really matter as long she made him smile?

While I love Trevor and Zoey’s book the most as a whole my all time favorite character is Jodi.  Love this book so much, it almost ties for first with Perfection!
Jodi is living in one of Trevor’s apartments after her ex-fiance spent every dime she had and then left her basically at the altar.  She also have a severely adverse effect to medicine of any kind.  Danny is ex-marine who came home with a major spine injury that should have left him dead.  Danny loves to torment Jodi or as he calls her Tink and everybody teases that he will marry Jodi one day soon.  While the two of them are on a family trip to Disney things take a drastic change for both of them.  Can these two make it work?  Will the family give him the space he needs to move on with his life?  Will they both finally announce how they feel about each other?
Jodi’s issues with medicine is what makes this book so hilarious.  She also has a tendency to get herself in situations that require the use of medicine to help her out.  Then there is Danny’s round about way of getting what he wanted from her.  Add all the other Bradford’s to the mix and this is an amazing book.  I love the flow and pace.  I love the plot and of course the characters.  Like I said before it is almost tied for first place for favorite in the series for me however, I felt like Jodi seemed to be drugged up most of the time.
All in all I have one more book to re-read and then I am onto first reads of the rest of the books!  R. L. Mathewson I absolutely adore this series and hope that it never ends.  We need to know every Bradford that ever was, is or will be to be completely appeased.
5 stubborn stars!