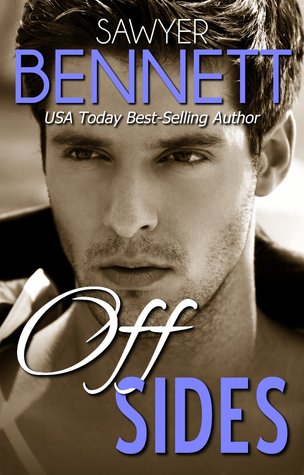 Alternate cover edition.“I'm not sure what possessed me to do it. Maybe it was the impossible expectations I faced, maybe it was my own self-loathing. But I just knew I needed something different to happen. I needed someone... something... to derail me from my current path. Otherwise, I would become lost... a hollowed out shell of a man. So I did it. I approached her, then I pursued her, then I made her mine. And my life was saved...”Ryan Burnham is the privileged son of a U.S. Congressman and captain of his university’s hockey team. While he is on the verge of fulfilling his dreams to play in the NHL, his parents want him on a different course. One he is expected to accept for the sake of his family’s public image.Forced her to abandon her music career after the heart breaking death of her parents, Danny Cross exists on the opposite side of the tracks from Ryan. She is struggling to make her own way, working two jobs, attending college part time and volunteering in a homeless shelter. She is on a mission to build her own success.With a chance meeting, their vastly different worlds collide, causing each to evaluate whether they are truly on the correct path to self-fulfillment and happiness. Can their relationship survive? Particularly when others are against them every step of the way. A lot can happen in just ten short days...

Ryan hails from an upper crest family who is trying to get out from under his families control as the Captain of his college hockey team.  Danny has no family left and she works multiple jobs and volunteers at a homeless shelter.  When they first meet Ryan is thrown into a world he has never seen before and decides he won't give it up for anything.  Can these two deal with everything thrown at them?  Will they make the right choices for them?  Will they end up happy and together in the end?

This is an interesting book and it was in fact my first hockey related book.  I found that this book reminded me somewhat of a Jane Austen novel, what with the dealings with class in the book.  I loved the idea behind the book and found it extremely well written.  The characters were fun, entertaining and detailed.  I love how they interacted with each other.  The pace and flow were also great.

I have read several of Sawyer's books and have loved every single one of them.  This author has blown me away with her writing style and versatility.  Whether she is writing about sex club owning cowboys or hockey players she hits it out of the park every time.  I can't wait to read more of her amazing books!