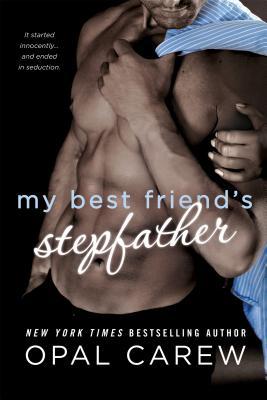 She’s always craved his touch…even though it’s forbidden.When Ash is assigned her first feature as a reporter, it should have been simple: interview a real life Dominant for an article about BDSM. But her subject is none other than Darien Gallagher, her best friend’s stepfather…and it’ll be an interview she never forgets.What started for Dare as a lesson in sensual domination suddenly has become so much more. He can't deny the spark between them, even though he knows she’s completely off limits. With every seductive word, every lesson, Dare tests Ash's resolve and pushes her boundaries. But at the same time, her boss Adam has her craving things she shouldn’t.While Ash finds herself dreaming of both men, a dark secret threatens to destroy everything. But how can she hold onto a relationship that isn’t even real?The newest romance from Opal Carew, My Best Friend's Stepfather is everything fans desire!

Ashley has feelings for her boss Adam and he has feelings for her too.  However both of them have had the same feelings towards the same man for years.  Neither of them want to take the next step and ruin their friendship though.  Ashley decides that she wants to write an article about BDSM and goes to the one person she knows can help and the one person she has had a crush on since she was a teenager.  She goes to her best friends step father, Dare, and they end up falling for each other.  Dare and Adam also have a romantic history that they have never gotten over.  Will the three of them form one great relationship?  Will somebody have to choose who they want in the end?  How will this story end?

So I am a fan of Opal Carew but this book left me wanting.  I found it kind of confusing with all the different relationships going on.  I also found the pace and flow slightly off.  I love the idea behind the story itself and the characters.  I feel that if things were organized in a different way or order things would have flowed a little smoother for me personally.

The first two books seemed really slow and I felt like there were a lot of things you needed to know but didn't.  In the third book it is like a waterfall of information because you get it all in this one short book.  However, I felt like the series was just beginning when it ended.  This is tricky to rate for me because books one and two don't get the same rating as the third book in this serial series.