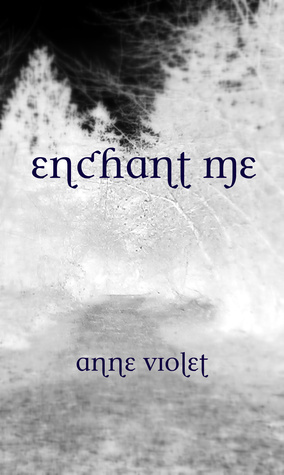 While 17 year old Alexis Maher never thought she would live an ordinary life, she wasn't sure she would survive the kind of excitement she had now. After breaking up with her boyfriend of nearly a year he proceeds to spread rumors about her, making her one of the most hated juniors of Crescent Point High. If that wasn't enough, her grandmother dropped a bombshell. Alexis is about to come into her Druid powers, and it isn't going to be a pleasant process either. While most teens would welcome becoming psychic and telekinetic, Alexis isn't one of them.

Just when her life is falling apart she meets Christian Marino, a gorgeous, mysterious senior whom she falls for faster than she would have ever thought possible. But her ex-boyfriend turned stalker takes exception to their rapidly developing relationship, and he's becoming increasingly dangerous. Then it becomes apparent that Christian has secrets of his own.

Somehow she has to safely transition into her powers, uncover Christian's secret and save them both from Nicolas's vengeance.

If you would like to see the book trailer for this story--look up "Enchant Me book trailer" on You Tube. More video diary moments from Alexis will be coming in the future.

Alexis's life seems to be falling apart.  Then she meets Christian and things just get strange.  She starts seeing visions of things that are about to happen.  Soon she finds out that she is about to come into her druid powers.  In the mix of finding Christian she has to deal with a stalker with druid powers as well, Christian hiding his druid powers from her and figuring out her own powers.  Will this town ever be the same again?

For the last year or so I have been struggling to get into any book that deals with any kind of supernatural ideas, like magic, but this book was really good.  The characters were different but interesting.  The pace and flow were great.  But oh the idea behind the book was fantastic.  I even felt like I was a part of the book.

I will definitely be looking for the next book in this series.  I will also be looking for other books by this author.  I enjoyed her writing style and storytelling skills.  Thank you for a fabulous book!