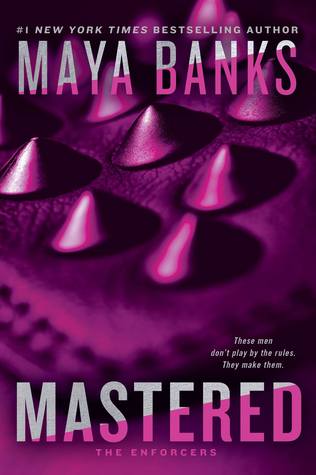 What he wants, he takes with no remorse or guilt.

She stood out in his club like a gem, unspoiled and untouched. A lamb among wolves, she clearly didn’t belong. Drawn to her innocence he watched as she was surrounded by men who saw what he did—but no one but him could touch her. He summoned her to his private quarters. He sensed her fear. He also recognized the desire in her eyes. And he knew she wouldn’t leave before he possessed her. She had no need to know his secrets. Not until he had her under his complete and utter control.

What he wants, she isn’t sure she can give him.

The moment he told her want he wanted, she couldn’t resist. Instinct told her to run, but her heart said stay and walk the fine line between pleasure and pain. Though she wasn’t sure she could ever completely surrender, the primal part of her wanted to try, even knowing this man could break her in ways she never imagined. Because once he possessed her, he owned her and it would be too late to turn back. She can only pray that he doesn’t destroy her in the end.

Drake is a well off club owner who has outside business dealings.  Evangeline is a prideful women who puts other peoples needs before her own.  On the fateful night that they meet it is by pure chance and due to the fact that her friends forced her into it.  However, the moment Drake lays eyes on her he wants her for his own.  But can she handle everything involved with being his?  Can he prove that he would absolutely never hurt her?  Can she let go and just let him pamper her?  Or will they both end up with nothing in the end?

I thought that the characters were dynamic and well formed.  The plot was well formed and interesting.  The flow and pace were also pretty close to perfect.  That being said this isn't my normal type of book.  I have tried getting into several books like this to no avail as the dom/sub plotline has never truly caught my attention.  However, with Maya's writing style I was able to dive in and fell in love with this book.