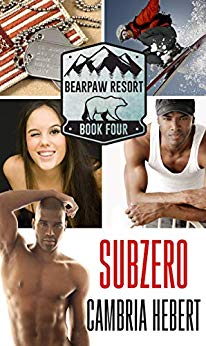 My best friend, Liam Mattison, was born with snow in his veins.
Me? Ice.
Maybe that’s why my eyes are this color. Maybe it’s because I was born in Caribou, where there’s more snow than sun.
I always knew I had a chill within me, but after my time with the army, that chill froze over. I saw and did things most people couldn’t fathom. I made contacts with people who were more beast than man.
I came home altered, and there was no going back.
Except I did. It had to be done, and I didn’t regret it.
But now I’m thrust back into a world where people had forgotten my name. Back into a past I walked away from.
Memories of all the things I’ve done, of the people I’ve left behind, are floating to the surface.
The late-night summons wasn’t really unexpected.
The request was.
Saying no is impossible when you’re the only man equipped for the job. Saying no is difficult when what you really want to say is yes.
So here I am, past and present colliding with a woman I intentionally left behind. A woman who needs me to keep her alive.
I made a promise, and I will keep it.
Even if I die doing it. Even if it means the ice inside me goes subzero.

This book is all about Alex and his love interest Sabrina.  Both are strong headed and don't want to admit their feelings still exist.  This book gives you some insight into Alex's cold and dark past with the military and why when his friend Daniel requests a favor Alex says yes.  Because of Daniel his sister Sabrina is in trouble and the only person he feels safe leaving her with is Alex.  When Daniel had seen them getting close years ago he kind of forced Alex to leave and with Liam in the hospital he did and didn't look back.  Can Alex and Sabrina work out the past and move on?  Will Sabrina get her way?  What could possibly go wrong?

This book was so good.  I was hoping to get to read something about Alex and knew I would love it when I did.  But this went above and beyond my expectations.  I love Alex's character and to pair him with somebody like Sabrina was outstanding.  I would love to see a series about the military group he was a part of.  There aren't many left but still a good series.

I look forward to reading more about these characters.  I kind of hope they get a coloring book as well.