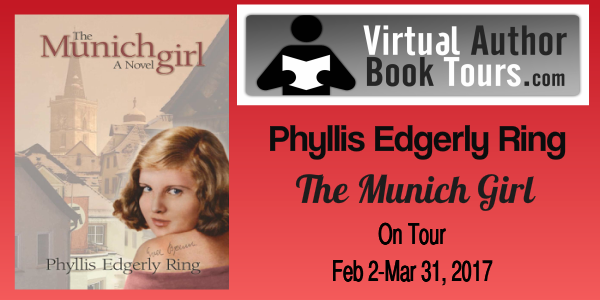 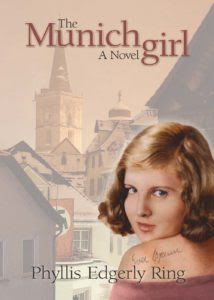 The Munich Girl: A novel of the legacies that outlast war.

The past may not be done with us. What secrets is a portrait of Eva Braun hiding?

Anna Dahlberg grew up eating dinner under her father’s war-trophy portrait of Eva Braun. Fifty years after the war, she discovers what he never did—that her mother and Hitler’s mistress were friends.

Plunged into the world of the “ordinary” Munich girl who was her mother’s confidante—and a tyrant’s lover—Anna uncovers long-buried secrets and unknown reaches of her heart, to reveal the enduring power of love in the legacies that always outlast war.

Eva’s eyes were alight as she grabbed my hand and tugged me toward the counter in Balin’s shop. “I’m so happy you are here to see this!”
Resting on top was a portrait in a gilt-colored frame. The face gazing back over the subject’s left shoulder was meant to be hers. That much I knew.
I could feel how eager she was for my response as I struggled for words. “Ah … from the photo. The one you gave to,” I hesitated before adding, “the artist.”
“You remember!” Her expression was like an adoring mother’s as she gazed at it. “He kept his promise. He can only get to Munich for a day or so, sometimes not for weeks. I wanted it framed in time for his return.”
Her tone sobered then. “He’ll have no time for drawing now.”
Hardly a sacrifice, I couldn’t help thinking. This was clearly no artist; at least no portrait painter. While he’d captured Eva’s sparkling eyes and satiny hair with technical precision, the overall image seemed to suppress her very vitality. The clumsy composition also made her face appear superimposed, as though on a mannequin or statue. Or on someone else’s body. The illegible signature looked like a tattoo scrawled on her shoulder. Why would he place it there, so visibly?
Surely her photographer’s eye saw how mediocre this was?
But Eva seemed enthralled, as though grateful simply for its existence. What could one possibly say about a job this unworthy of her? I couldn’t help wondering whether the man was, too.
She finalized plans for the portrait’s delivery then linked her arm in mine as we left the shop and crossed the slender strip of park to the hotel. We were seated in the spacious comfort of the elegant salon, our petite table and overstuffed chairs directly beneath an enormous dome of stained glass. We ordered quickly—boiled egg and ham with rolls, butter, and marmalade for me, a fruit compote for Eva—and asked that the coffee be served first.
“Tell me your news,” she urged. “You’ve come all the way from Berlin?”
“Yes, to surprise my aunt, for her birthday. But the surprise seems to be on me.”
“Frau Vogel is the Aunt Paula you told me about?”
“Now you’re the one with a good memory,” I smiled. “I hope I can catch up with her this afternoon.”
“Does she live on Widenmayer Strasse, near the river?”
“You know each other?”
“My sister and I lived in her building, until we moved into my house this year. Your aunt was our favorite neighbor, so warm and friendly. Just like you!”
“I can’t believe you know each other!” I said. “I’m very fond of her. She’s my godmother, and always feels more like my big sister than my aunt.”
“She’s been so kind,” Eva said. “It was our first time living away from home, you see. I brought the portrait to Herr Balin’s so that she could do the framing. I wanted her special touch to be a part of it.”
I leaned in close to meet her eyes. “I’ve never had the chance to tell you how much I love the photos you took of me—the special touch that you brought to them.”
Her gaze dropped demurely when she thanked me. Her features brightened as she remembered, “There was a man,” then stopped, as though catching herself.
“That’s right.”
“I don’t mean to pry.”
“No, no,” I assured.
Did etiquette now dictate we be more guarded in our sharing? I hoped not. Eva was always so easy to talk to. “Now, there’s another man,” I smiled. “He likes the photos very much, too.”
“Ah!” she chuckled. “Then they’ve served you very well!”
“But more important to me is that I liked them. I’m forever grateful you gave me that gift, especially at that time.”
“It was my pleasure. It’s important to see ourselves as others do, as the men do, certainly. That’s why the portrait means so much to me.”
Can you even recognize yourself in it? I wondered.
“He says it will show me as I was when we met, an ordinary girl—before destiny brought us together. He wants me to remain that girl.”
I’ll bet he does. I felt rising impatience I had to find a way to vanquish.
“Nothing about you is ordinary,” I declared.
Eva blinked back at me.
“You’ve always struck me as quite extraordinary. You certainly looked that way the last time I saw you. Like a film star.”
She frowned, confused. “In the photo studio?”
“No, in Berlin.” I instantly had doubts about bringing this up. “At the Adlon Hotel.”
“The Adlon?” For a moment, her expression was guarded. Then her features showed recollection. “Ah, during the Olympics.”
“Yes, the last day. You were with someone, in the lobby. I wanted so much to come over to greet you.”
Eva’s gentle eyes turned deep gray.
“It was very hard not to,” I said. “I felt terrible. But you were both occupied with something—it seemed best not to interrupt.”
She reached across the table for my hand. “You are always so thoughtful. Just like your aunt. You understand exactly.” She opened the leather clutch purse on her lap, drew out a silver cigarette case and offered me a smoke. “There were plans. Ones I was really looking forward to. But then,” she paused to light my cigarette, then her own, “well, things worked out differently. It was a difficult day.”
“You looked so beautiful.” And so sad, my thoughts added.
“Even when I was unhappy?”
“Absolutely. We should all look that good under duress.”
She adjusted her diminutive cup in its saucer. “Well, thank you. It helps to know one can make a good appearance, whatever the circumstances.” 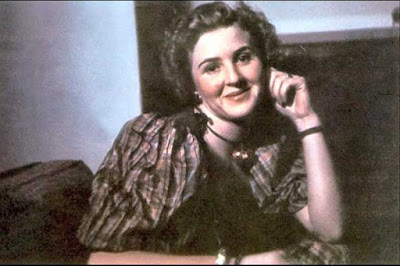 I enjoyed the general plot of this book.  It was well thought out and it was unique.  I enjoyed the characters as well.  They were dynamic and real.  I did have a slight issue with the pace.  The author needed something to pick up the pace because I felt like it too forever to get into the plot of this book.  The flow also needed just a little bit of work but it wasn’t too bad.
All in all it was a great historical fiction book that with a little bit of work could become an AMAZING book.  I am a fan of historical fiction and learning about a different period of time in this way.  This book taught me a few things about the war and Hitler that I had not known before.  If you love Historical Fiction or WWII era books then you should look into this book.  I would recommend this book strictly because of it’s content and general plot.
4 stars

“I was drawn in by Phyllis Ring's economical and expressive language. Then the story took over! Protagonist Anna Dahlberg must face the emotional fallout from a traumatic plane crash, while simultaneously uncovering the first clues in a shocking generational mystery involving key players in the Third Reich. Everything's complicated by a new romance that may help her overcome the past and find her true inner strength. But is it real? Love can manifest itself in enigmatic--and unexpected--ways.”- Elizabeth Sims, author and contributing editor at Writer's Digestmagazine

“... fresh perspective of German women at opposing ends of the warring spectrum ... a beautiful story of enduring friendship and the lengths people will go to for love.”- The Stellar Review

“So persuasive is this novel that, before I could believe it was in fact a piece of fiction, I contacted the author and asked where she did her research and where she came up with the idea.”-Leslie Handler, The Philadelphia Inquirer

“This book weaves real life with fiction beautifully and makes you want to know more about the cast of characters. This is a book that you may have a hard time remembering it is fiction as you turn the pages. That's how well the author brings her characters to life. This book was stunning. I highly recommend it to anyone that loves this time period.”-A Chick Who Reads

“The Munich Girl by Phyllis Edgerly Ring is an elegant historical fiction novel of Eva Braun. Besides being Adolph Hitler’s mistress (and short-lived wife) little is known about this woman in history.  Peggy’s diary entries were applied seamlessly blending past with the present. I yearned to enter the streets of 1940s Germany and discover the meaning behind a simple portrait and view the forging of an unlikely friendship. Phyllis Edgerly Ring has written a superbly researched novel of a historical figure whose’ story is impeccably told.”-Whitney, First Impression Reviews 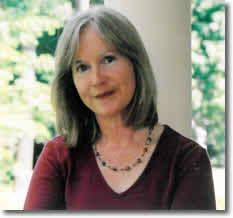 Author Phyllis Edgerly Ring lives in New England and returns as often as she can to her childhood home in Germany. Her years there left her with a deep desire to understand the experience of Germans during the Second World War. She has studied plant sciences and ecology, worked as a nurse, been a magazine writer and editor, taught English to kindergartners in China, and served as program director at a Baha’i conference center in Maine.

She is also author of the novel, Snow Fence Road, and the inspirational nonfiction, Life at First Sight: Finding the Divine in the Details. Her book for children, Jamila Does Not Want a Bat in Her House, is scheduled for release by Bellwood Press in early 2017.

Your choice of ebook or print copy of the book!